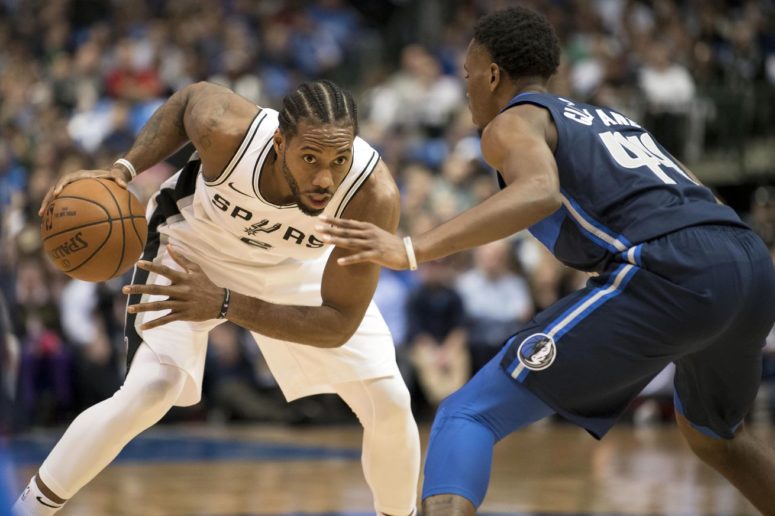 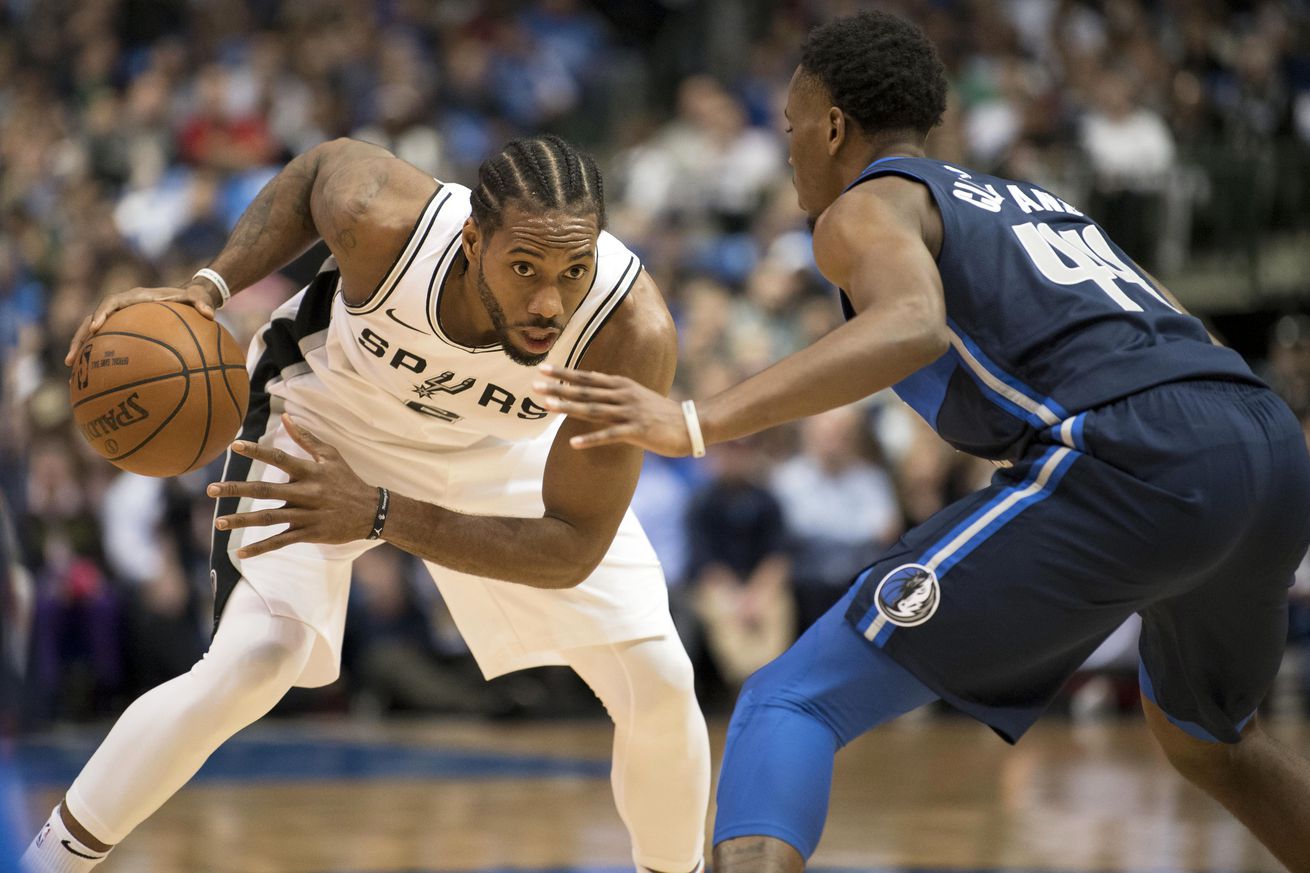 The Klaw returned, but the Spurs left their defense back home in San Antonio

Game #28 saw the Spurs take on a Mavericks team, who despite being stuck in the NBA cellar of mediocre franchises, has played the Silver and Black closely this season. However, the longtime rivalry between the two teams was likely the last thing on Spurs fans’ minds Tuesday night, as Kawhi Leonard made his triumphant return to the lineup. The former MVP candidate was on a minute restriction, but he seemed to hit the ground running after an impressive 16 minute stint on the floor. More on this in a minute.

Despite the return of the franchise player, San Antonio came out slow and lackadaisical, and the Mavericks backcourt made them pay. They were flat-footed defensively, had poor movement on offense, and looked flat out lost at times. The one positive here is that this team can use this as a learning opportunity. A championship team’s effort and physicality should never be questioned. Luckily with a prime time showdown with the Rockets slated for Friday night, they’ll have a chance to quickly redeem themselves. Here are some takeaways from what turned out to be a disappointing night of basketball.

First game back, but the jumpers in midseason form tonight pic.twitter.com/ceXUihLHzE

There’s no question that Spurs nation let out a huge sigh of relief after watching Leonard dominate in his first taste of action this season. His jumper was fluid, and his movement on the floor put many of my concerns coming into the game to rest (NOTE: I could be wrong, but it looked to me like the training staff took him to the locker room early as a precaution). Though with that said, the team’s lack of ball movement and reliance upon his isolations were rather apparent in his return. It was a small sample size, so there’s no reason to start prepping the doomsday shelter; but there’s definitely some schematic issues that the Spurs will have to overcome before they reach their ceiling.