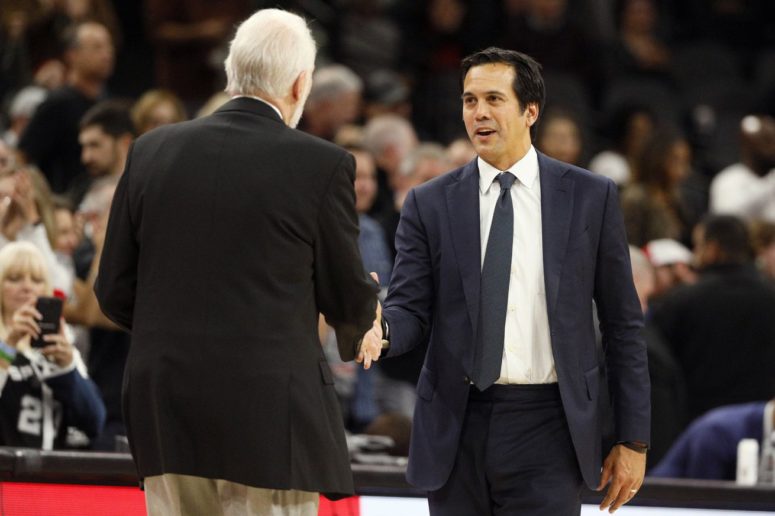 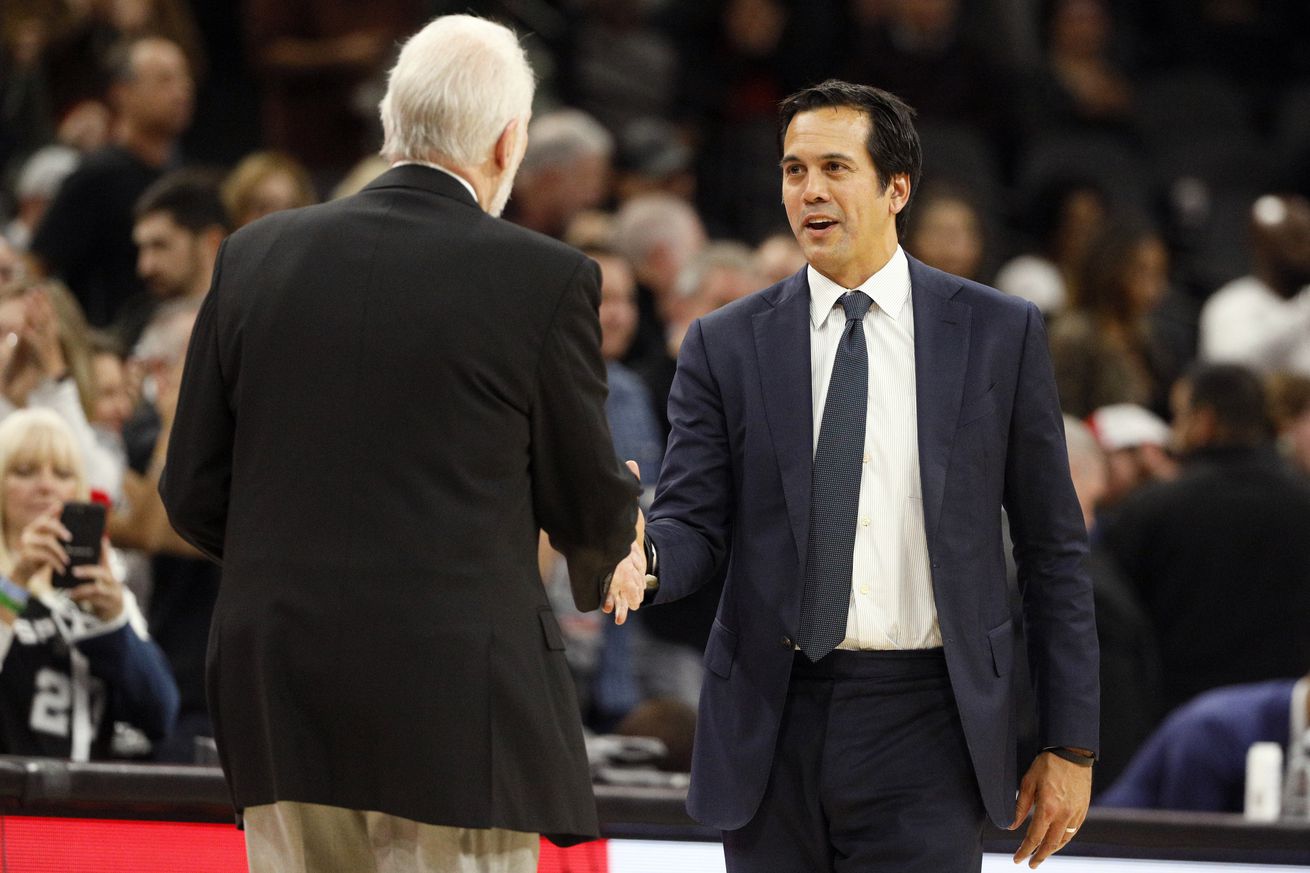 We’ve all heard the story by now: Gregg Popovich had a heart-to-heart with LaMarcus Aldridge over the summer once it because clear that there would be no trade, they discussed how to better utilize LMA’s skill set while keeping him comfortable in the system, and everything’s been peachy ever since as the big man found his groove and led the Spurs to the third-best record in the West without Kawhi Leonard.

Hidden behind the scenes of Aldridge’s reemergence is Pop’s admittance of fault from his end, specifically that he tried to over coach his prized free agent and turn him into a different player:

“… I made an error in trying to change him too much. That might sound odd, but he’d been in the league nine years and there’s one way he plays on the offensive end and feels comfortable with. I tried to turn him into Jack Sikma, told him I was going to teach you how to play on the elbow, go on the wing, face up. It was confusing for him. It really didn’t fit his style of play. I was guilty of over coaching in a sense.”

Not every coach can be so humble, let alone one as accomplished and knowledgeable as Pop (just look at where a lack of humility has taken Phil Jackson and his outdated philosophies), and that alone puts him in a class of his own.

The Greatest Minds in Basketball

Speaking of being in a class of his own, Pop, Steve Kerr and Brad Stevens are widely considered the most ingenious coaching minds in the game today, all for various reasons. CBS’s Matt Moore has en excellent article on what makes the three coaches the best in the business, be it their approach, mindset, ability to connect with players, or any other factor that puts them above their piers.

Sometimes a gamble pays off

Not many teams were willing to take a chance on Rudy Gay: a player on the wrong side of 30, coming off an Achilles Tendon tear, and carrying a perhaps unfair reputation as a selfish shooter who can’t lead a team to wins. However, the Spurs were willing to roll the dice, and it has paid off better than anyone imagined. Whether starting or coming off the bench, Gay is giving the Spurs the extra scoring boost and defense they need, all while having one of the most efficient seasons of his career.

The Legend of Manu continues to grow

The list of accomplishments that nake Manu Ginobili that a legend is too long to count, but one his biggest attributes is that no moment is too big, no shot is too scary, and there’s never too much at stake to make a play. Because of that, Jeremy Woo over at Sports Illustrated wants to know how a sports writer such as himself is supposed to be “impartial” when 40-year-old Manu is still delivering moments like this:

Paul Flannery over at the mother-ship site has an excellent write-up on how despite the break in play between the Finals in June and start of October, there’s never really an end to the NBA season. Thanks to the longest season in sports, free agency and social media, the NBA produces fresh contents for consumers to enjoy all year-around.

As Spurs fans, we tend to not get as much news as other teams and get bored at times in the summer, but if you expand your horizons to the entire NBA, there’s always something to read or a story to follow. (Oftentimes just sitting back and watching other teams devolve into drama that almost never ensnares the Spurs is good for a laugh). That in and of itself makes the NBA very unique in its own right, and in that sense it’s always a great time to be a basketball fan.