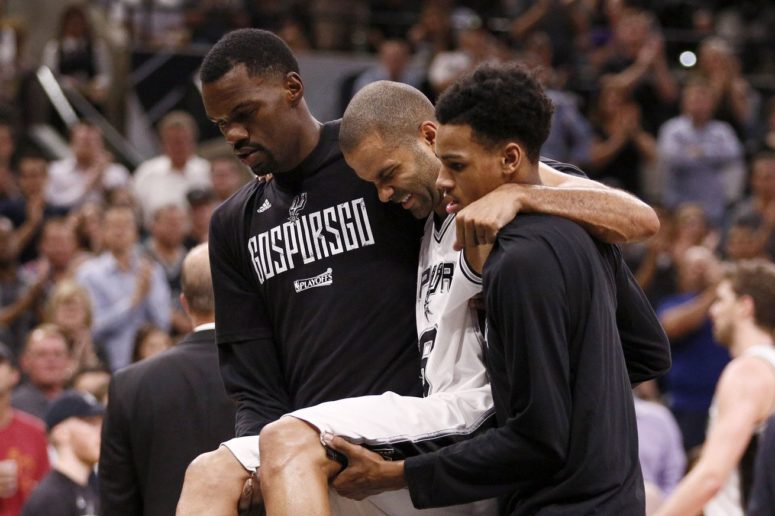 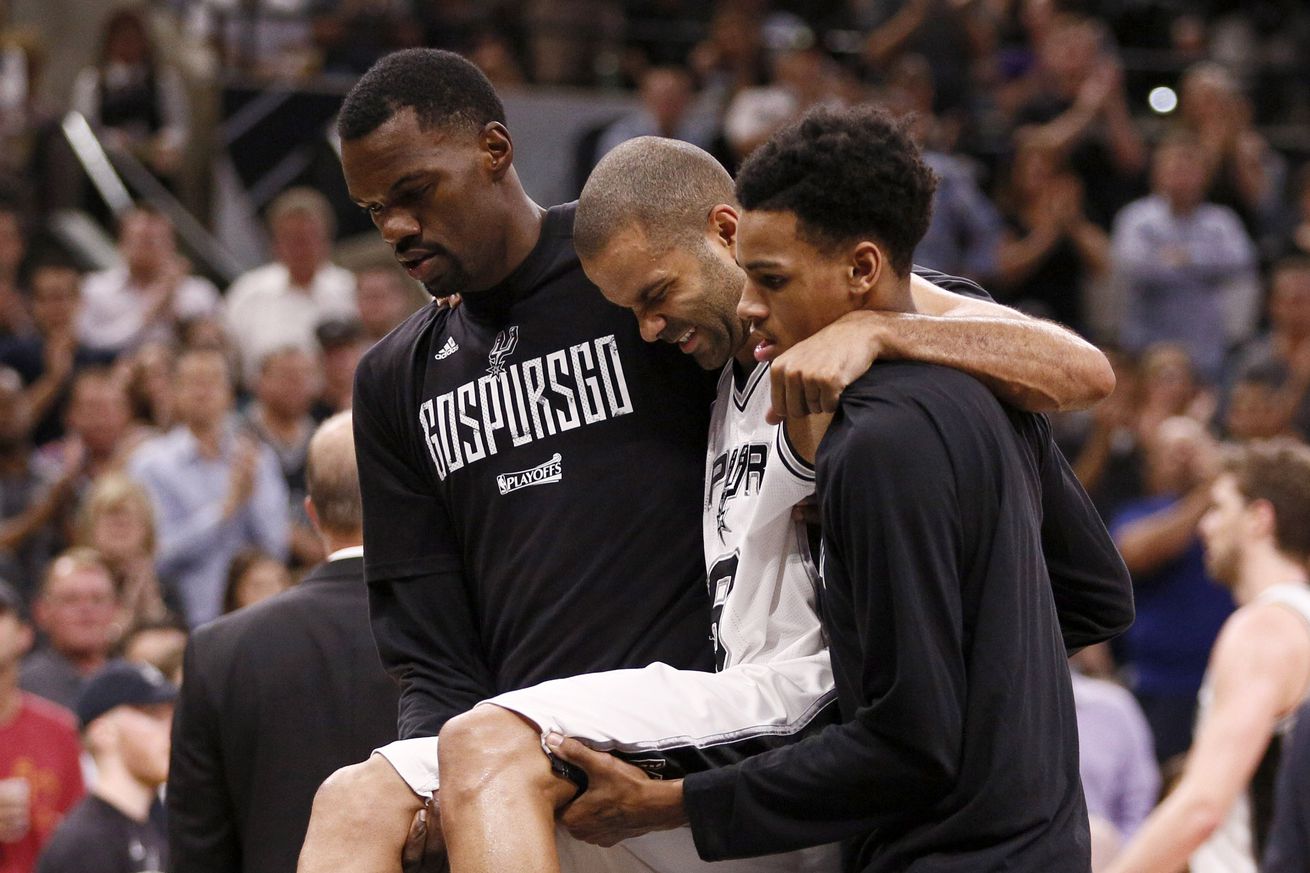 Parker had been one of the Spurs’ most consistent players this postseason and was a key factor in their chances of contending for a title. What now?

The Spurs lost Tony Parker — in what’s been determined to be a season-ending knee injury — and that’s bad enough, but the fact that as he was going to his faithful teardrop shot is a cruel piece of irony in an already somber turn of events.

Parker was having his most impactful postseason in years, averaging 15.9 points and 3.1 assists per game on terrific percentages (53-58-100) and giving the Spurs a much-needed offensive counterweight to Kawhi Leonard. On Wednesday, the duo of Parker and Ginobili tied the duo Parker and Duncan as the winningest pairings in NBA playoff history, with 131 wins. He simultaneously etched his own name alongside a select group of NBA greats (Jordan, Kobe, LeBron) in totalling 4,000 points and 1,000 assists in the postseason (S/O to Jordan Howenstine). That it was happening on the heels of another season where people had lamented, moaned about, and decried his aging game and swelling salary made the story even sweeter: Tony was back for one last ride.

The injury, which came with nine minutes left in Game 2, put that narrative on ice, and potentially jeopardizes his ability to reach such heights again. The term “career-ending” isn’t being thrown around by anyone whose opinion matters just yet, but at least one doctor says it will be a major challenge for a point guard his age (he’ll be 35 later this month) to return to form.

Parker’s resurgence captured what it’s been like to cheer for the Spurs in the post-championship years, providing another flash of Big Three greatness that has tethered the past era to whatever comes next. For it to have terminated so abruptly is certainly jarring to us as fans, but it’ll also require some significant adjustments from the team—-and with very little turnaround. Just as it seemed the Spurs had figured the Rockets out, here are a few of the questions Pop and his crew will need to answer:

Who starts at point?

Patty Mills seems like the obvious candidate. There’s an argument for not messing with the Spurs’ rotations and keeping Mills as a reserve, but Pop’s not rolling out his usual lineups, anyway. He had been playing Mills and Parker together in spurts, and went to a small lineup for roughly half of Game 2.

There’s also a chance Manu or Jonathon Simmons get the bump up and Pop simply runs more of the offense through Leonard. Extraneous G’s adjustments have been anything but conventional thus far, so nothing would surprise me at this point. Which reminds me…

Can the Spurs ask even more of Kawhi?

Leonard handled a lot of the defensive duties on James Harden in Game 2 and still managed to put up one of the most impressive offensive performances of the postseason. His usage rate is currently just south of 30% for the playoffs, and there’s a good chance that will be trending north for as long as the Spurs are in it.

Who else steps up?

Parker was averaging 26.4 minutes per game in the postseason which means, even with Mills’ role growing, the Spurs’ next-man-up mentality will be tested.

Jonathon Simmons played big minutes in Game 2, both in relieving Kawhi Leonard of Harden defensive duties and as an important part of a few of the Spurs’ small-ball lineups. When Harden matched up with him on the other end, Juice immediately attacked, showcasing the type of timely aggressiveness San Antonio will need more of moving forward.

The Spurs will also need the good versions of Manu Ginobili and Danny Green to show up more often, as well. Both were active in Game 2 in getting to the basket and moving without the ball, actions that gave Houston (and especially Harden) trouble.

I wouldn’t rule out rookie Dejounte Murray getting a few opportunities, but I imagine it’ll happen out of necessity (foul trouble to the people ahead of him) more than anything.

As good as Tony’s playoff numbers are, he was even more pivotal in what the team was able to do. Go back and watch the first quarter of Game 1 and watch the way he felt out the Houston defense, setting up LaMarcus Aldridge and Pau Gasol for pick-and-pops, causing switches that led to mismatches, and having the poise to reset possessions and zip the ball to Kawhi Leonard. The open looks should still be there if guys like Simmons and Ginobili probe the defense, but they’ll need to do so while keeping their turnovers down.

Parker was not only still providing some much-needed playmaking; he had been positively lethal from the corner, where he would often spot up while Leonard or Aldridge operated on the other end.

Those looks should still be there with the Rockets paying extra attention to Leonard and Aldridge. I’d expect the Spurs to seek them out, regardless of who takes Tony’s place in the corner, either through kick-outs or the occasional, beloved Hammer play.

Spurs got a 3 last night off one of their go-to Hammer sets pic.twitter.com/ot2iTahCdI

Now’s the time for him to step up. I’ve not been as critical of Aldridge this year as some have, because of the defensive value I still feel he brings, but the onus is on him now to step up as an aggressive secondary option to Kawhi. He needs to be the best big man on the floor the rest of the series.

Can the Spurs still get past Houston?

The short answer: yes. Kawhi Leonard is that good, and the performance in Game 2 still leaves a lot to be positive about. No one player can provide all Parker did, but the Spurs have already proven a few times this postseason that they are nothing if not adaptable.