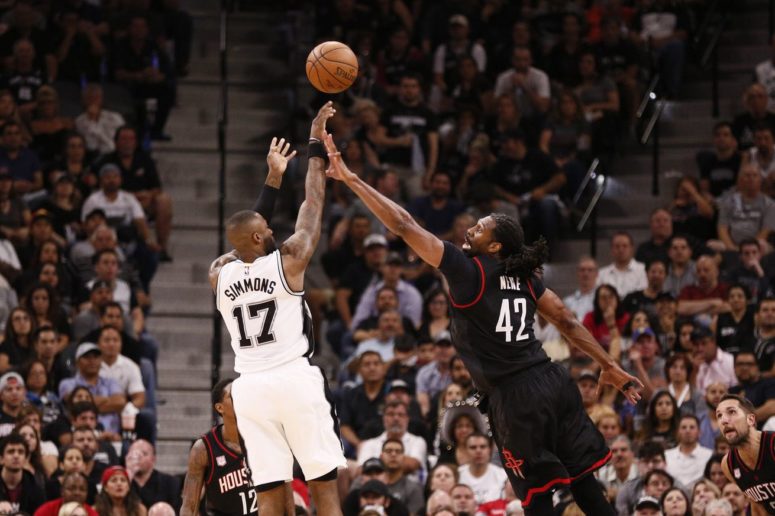 After making the right adjustments to take Game 2, the Spurs must now find a way to take control of the series without Tony Parker.

One man goes down, the next one steps up. That’s the mentality the Spurs will have to personify as they head into Game 3 without guard Tony Parker, who they lost for the year to a knee injury late on Wednesday.

For LaMarcus Aldridge, it should mean a return to being a true second option once again. The Spurs forward needs to assert himself on the block and find a way to score easier baskets. It also wouldn’t hurt if he could regain his touch from mid-range, which has gone missing in the postseason:

For Patty Mills, it should also mean more of a featured role, either stepping in as a starter or just taking on more minutes in Parker’s stead.

For Kawhi Leonard, it could mean doing even more than he’s already done as the best player on both ends of the floor. Whether he steps in as more of a point guard and facilitator or plays more minutes at the power-forward position, his role should continue to grow and evolve as the series moves forward.

And, really, it’ll take every guy being a slightly better version of himself to make up for what Tony was doing — it’s a reflection of how valuable he’s been in these playoffs, but also something the Spurs are certainly capable of, thanks to their depth and versatility.

I still don’t hate San Antonio’s chances in this series, but tonight will be tough, with the Rockets coming at them in a raucous environment and likely with a few adjustments of their own.

Will the Spurs manage without Tony Parker?

I discussed a lot of the Parker fallout here, so I’ll just add this bit of good news: the Spurs’ seven most-used lineups without the Wee Frenchman in these playoffs have all had positive net ratings. The top three all include Patty Mills, who will step into a bigger role with Tony out.

The Spurs’ small-ball party should continue

Pop used a traditional two-big lineup for only half of Game 2 after barely employing one in their Game 1 loss. I’d expect the trend to continue tonight, with various combinations. One to keep an eye on may be Leonard-Gasol-Simmons-Mills-Ginobili, which played five minutes together on Wednesday and had a 27.4 net rating.

Simmons is a great option to play heavier minutes for his defensive potential alone, as he can defend the Rockets 1-4 and hang with Harden as well as anyone not named Kawhi. If he’s able to pair that with the type of offensive play we saw in Game 2, the Spurs should be in good shape.