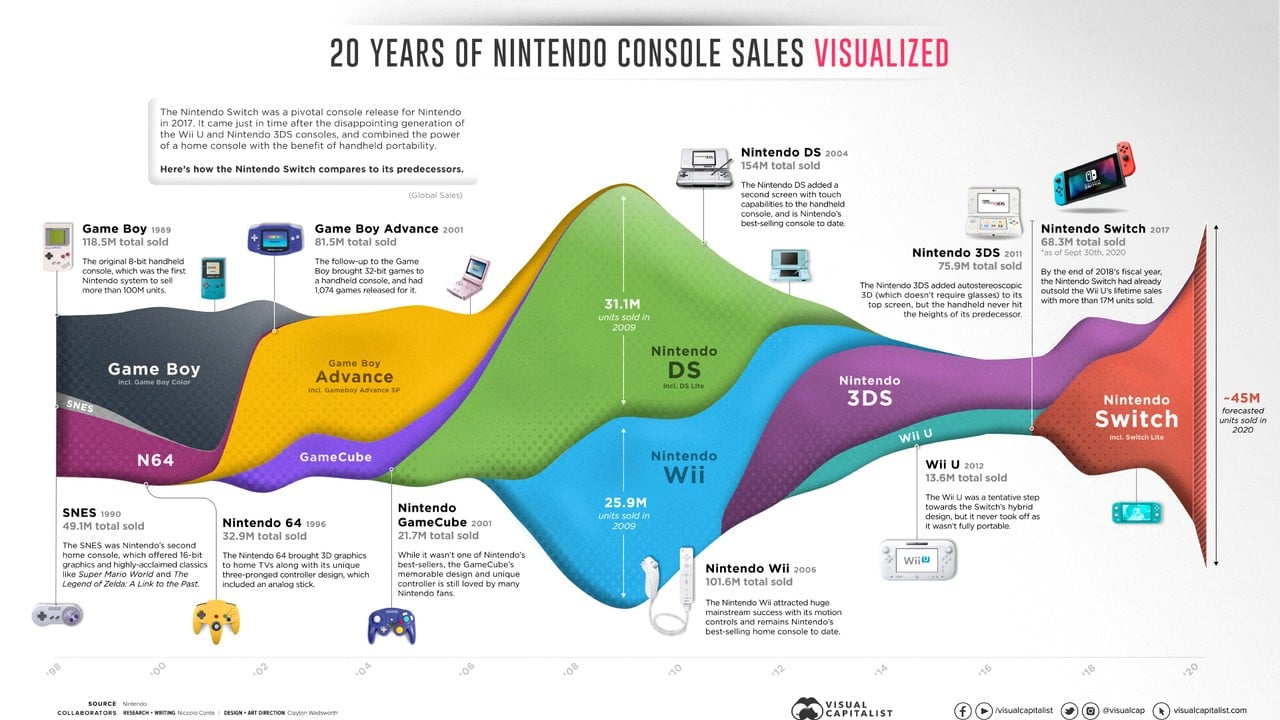 Nintendo has had a lot of ups and downs as a company, from its 20th century beginnings in the console market to its 2017 release, the Nintendo Switch (which some of you may have heard of). It doesn’t seem that long ago that we were writing sad news pieces on the Wii U, or reminiscing over the 3DS now that Nintendo has stopped manufacturing the little guys.

Now, we can see the last 31 years of Nintendo’s console sales in one big picture, thanks to Visual Capitalist (click here for the full resolution picture). It might not include sales of the eye-searing Virtual Boy, but it does cover a substantial number of Nintendo’s plastic joys, from the Game Boy up until the present day.

2009 was a cracking year for Ninty, with both the DS and the Wii making record-breaking sales, and it looks like the Switch may, one day, reach their heights. With 154 million sales of the DS in its ten-year lifespan, and 101 million sales of the Wii, the Switch has a long way to go, but almost four years into its existence it’s already sold over 68 million units, with a projected 45 million more in 2020 alone (thanks, Animal Crossing!).

Which year was your favourite one, as far as Nintendo’s consoles go? We’re partial to a bit of GameCube, ourselves. Discuss your preferred vintages in the comments below!