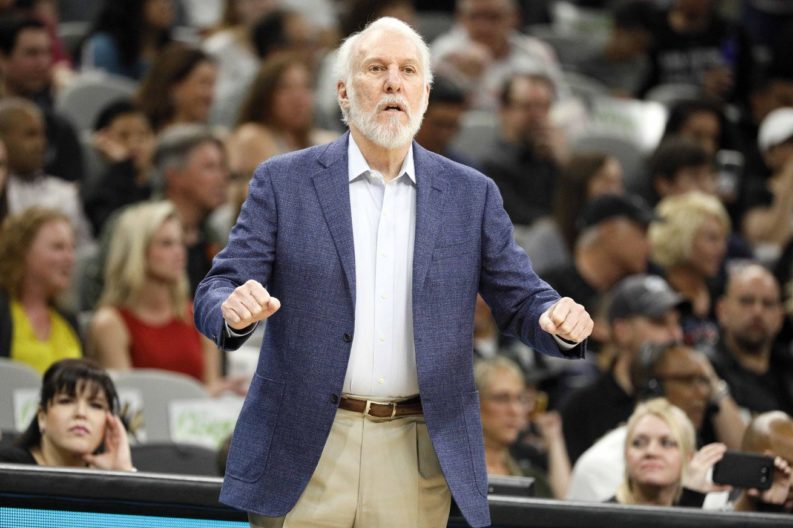 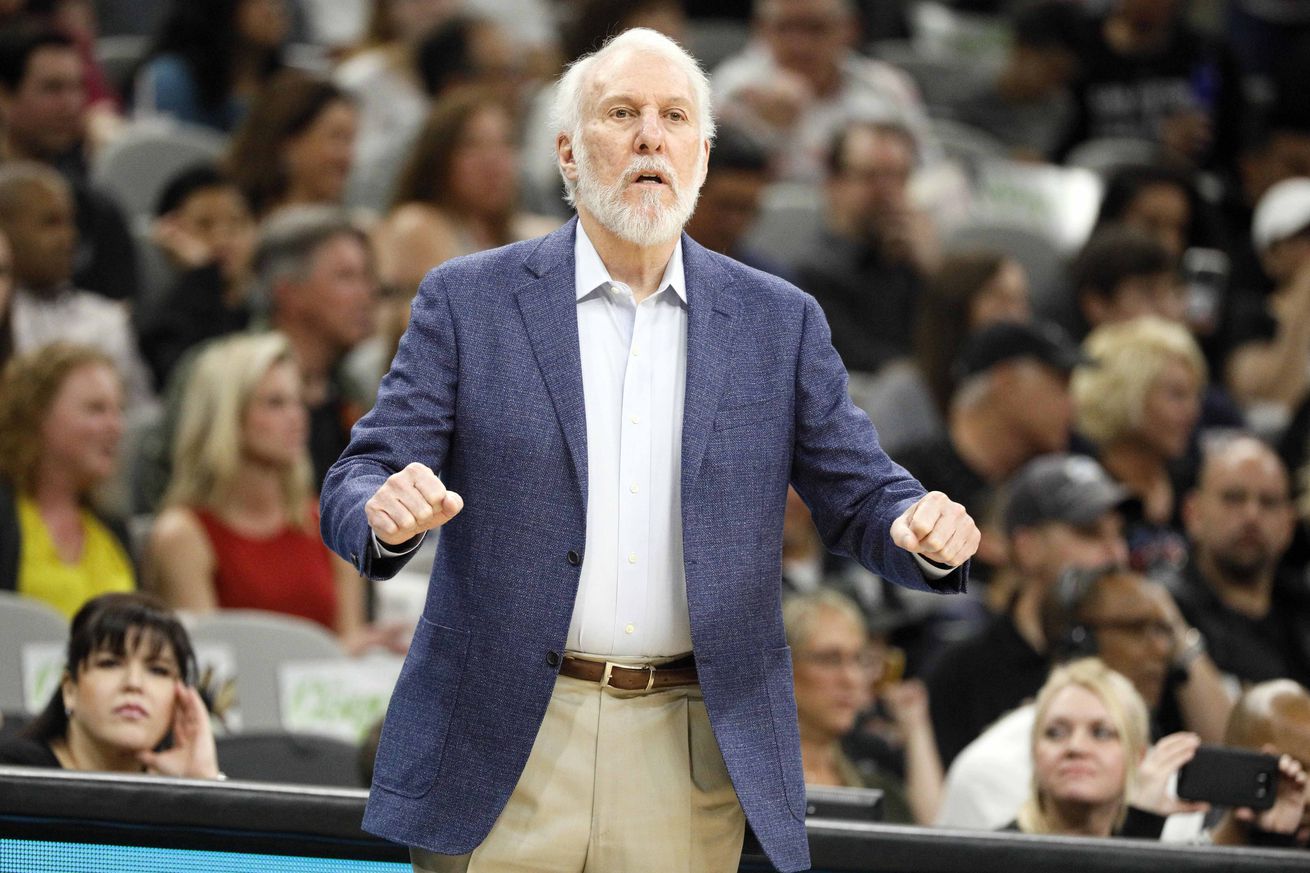 Welcome to the game thread. The Spurs , fortified by an extra hour of sleep (thanks for nothing, Daylight Savings time), face the Orlando Magic, the team with the worst offensive rating in the league. They are led by Nikola Vucevic and Evan Fournier, with University of Texas Alums D.J. Augustin and Mohamed Bamba. A lot of fans are going into this thinking it’s an easy game. It’s a trap! It should be a defensive struggle, but with Coach Popovich’s propensity for resting players on back to back games, you can’t take anything for granted.

Note: In these early season contests, when both teams have a lot of roster turnover, it’s hard to find a good photo featuring players from both teams. Sometimes you just gotta go with a picture of Pop.