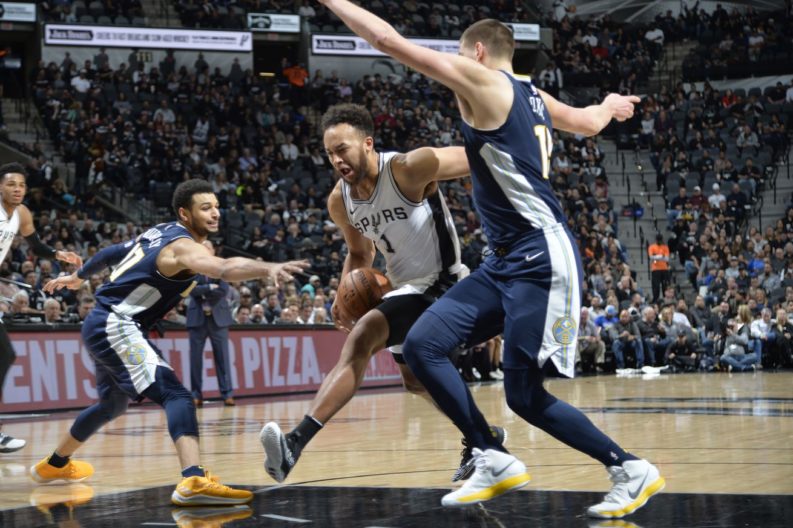 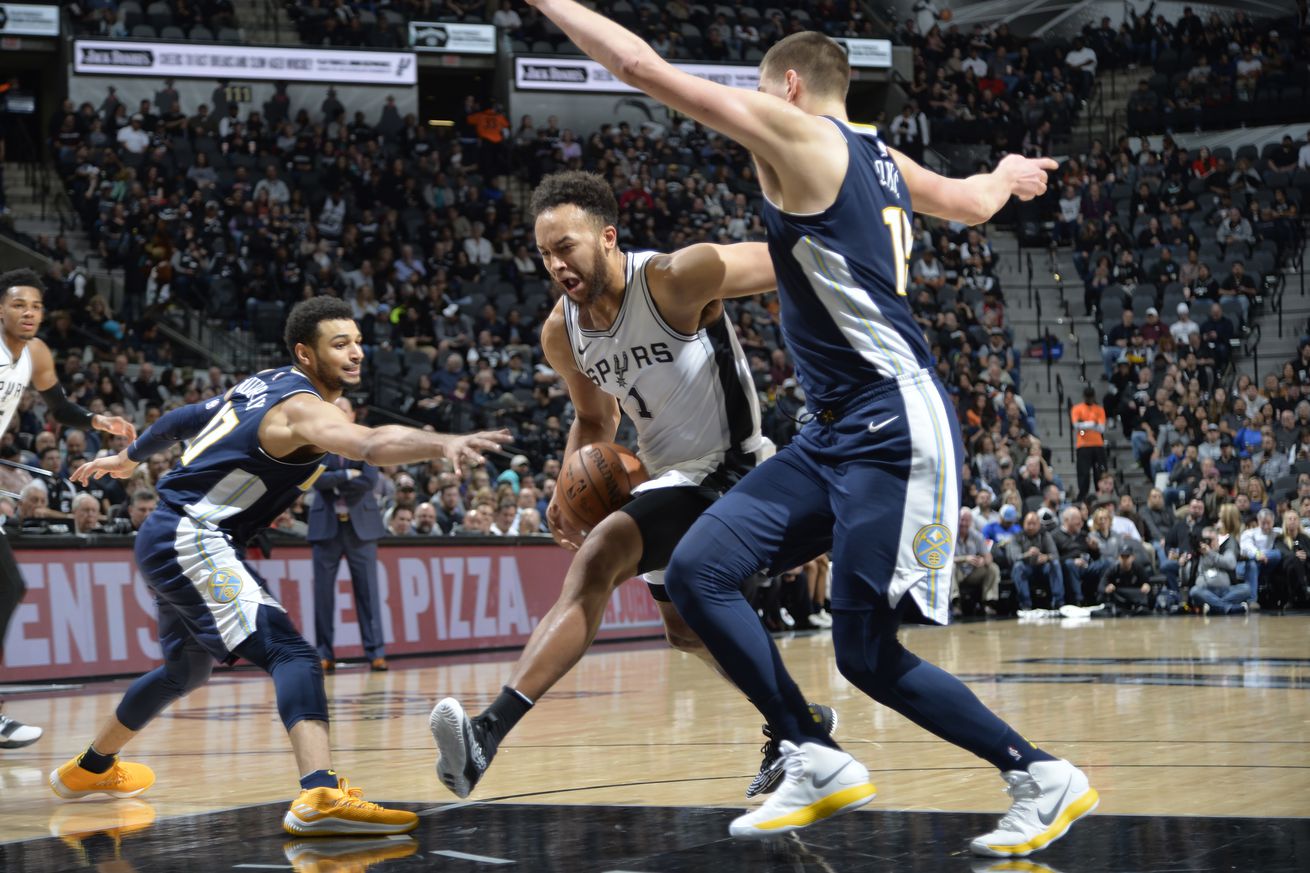 It was big ball vs. small ball tonight, and the Spurs came out on top.

This was a game of contrasting styles, and the San Antonio Spurs came out on top with a tight 106-104 win. Without Paul Millsap and Mason Plumlee, the Nuggets were forced to go small, surrounding their anchor Nikola Jokic with speedy, streaky guards and forwards. Contrast that with the long, deliberate Spurs, and it was all a matter of who could exploit the other’s strengths and weaknesses the most.

Both teams were on fire in the first quarter, with the Nuggets hitting their first five threes, while the Spurs kept up by taking advantage of Denver’s lack of size with LaMarcus Aldridge and Pau Gasol getting whatever they wanted from all over the court on their way to 20 and 14 points in the half, respectively. In all the Spurs had 13 assists on all made FGs in first quarter and 22 on 26 total for a 60-55 halftime lead.

The Spurs remained hot coming out of the half and looked like they were ready to blow the game open after quickly expanding the lead to nine and appearing in complete control. However, as the the Nuggets showed last night in a last-second loss to the Boston Celtics, they never give up.

After fighting back from 20 down last night, Denver responded tonight with a 20-4 run to get ahead of the Spurs 79-72 with under two minutes left in the third quarter. Denver’s speedy guards gave the Spurs all kinds of fits with Jamal Murray, Gary Harris, Will Barton and Emmanuel Mudiay combining for 62 points on the night and playing a huge role in getting the Nuggets back into the game.

The Spurs responded themselves with an 8-1 run to end quarter, sparked by threes from Manu Ginobili and Davis Bertans, setting up a back-and-forth fourth quarter that would go down to the wire. As always, Ginobili came up big with the game on the line, leading the Spurs response to everything the Nuggets could throw at them with 14 points and 4 assists.

However, just as much credit should go to Kyle Anderson, who operated the pick-and-roll to a tee in the fourth quarter while aggressively going to the basket in search of his own shot instead of deferring. The result was a career high 18 points for the fourth-year point-forward, and the Spurs needed every part of it. After getting up by five on a Patty Mills three with 1:41 left, the Spurs sputtered down the stretch, allowing an open three to Denver’s Murray and, in a repeat of last night, Barton just barely missed a three at the buzzer that would have won it for the Nuggets.

It was a tight win for the Silver and Black. Their size advantage was just enough to overcome the speedy Nuggets despite only earning five freethrows on a night where they scored 54 points in the paint. 33 assists certainly helped, and at this point any win is a plus for a Spurs team still missing Kawhi Leonard and Rudy Gay. This win combined with losses by both the Minnesota Timberwolves and Oklahoma City Thunder gave the Spurs a little more breathing room at the third seed, and that’s all that matters on this night.

It’s hard to ignore another Aldridge 30 point game, but most of his damage was done in the first half. Anderson had a career high of 18 points on 9-12 from the field and played with much more aggression than usual, using his size advantage to get to the basket and looking for his own shot rather than being too unselfish and passing up open layups. He even got some time as the main ball-holder down the stretch, showing Pop’s trust in him.

That technical on Aldridge in the third quarter. I don’t usually complain about the officiating, but Leroy Richardson didn’t have a great night. He was wrong on a couple of out-of-bounds calls, inconsistent with how much contact he was allowing on either side, and he gave Aldridge a seemingly unnecessary technical for asking “where’s the foul?” without any demonstration on a play that he should have gotten one. You could see Pop talking to Richardson a few minutes later, pointing to both ends of the court and asking why he wasn’t calling the game both ways.

Spurs currently have 2,100 wins in their NBA franchise history. One of 12 teams to reach 2,100 victories.

(If you don’t follow Jordan on Twitter, you should. He’s an expert on stats and finding all these milestones.)

Quick Popovich reaction… on Kyle, Manu’s late heroics …and the refs (he played nice with that question) #Spurs #Nuggets pic.twitter.com/TtkrdOo6Lm

The Spurs return to the AT&T center on Thursday for a nationally-televised showdown with the Houston Rockets. Tip-off will be at 7:00 PM CT.