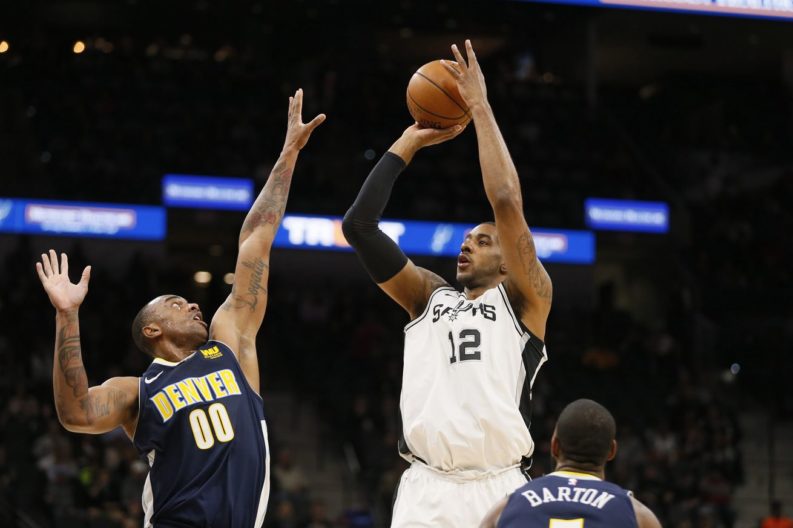 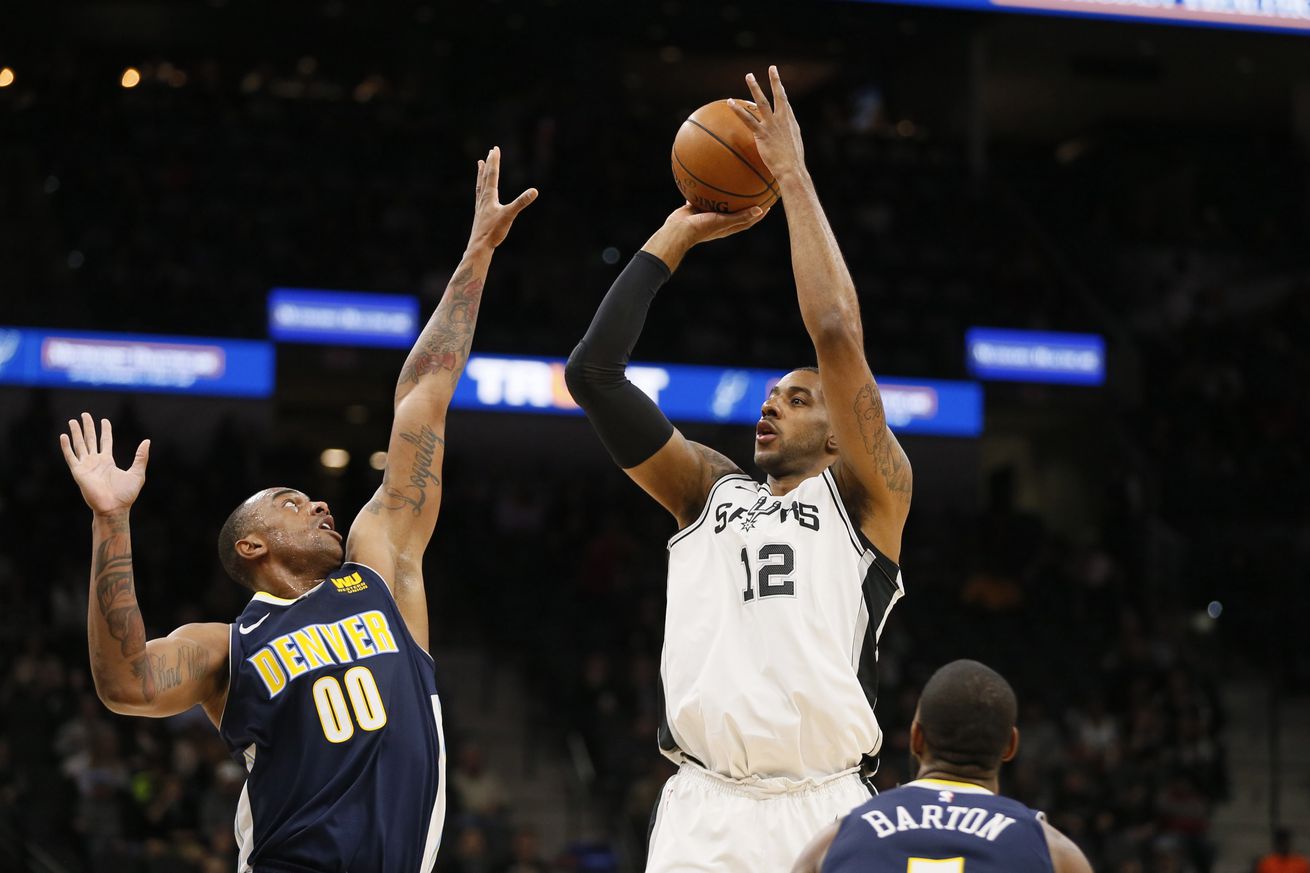 Aldridge tallied his 9th 30+ point game of the season.

On most nights, LaMarcus is unstoppable. It takes a team with a great scheme and talented bigs to alter or interrupt his game. A few games back against the Indiana Pacers, Damantas Sabonis played LMA hard earning 5 fouls. When he sat, Al Jefferson come on to take over, banging Aldridge around. All of that height and strength limited LaMarcus to 10 points.

Denver doesn’t have that kind of strength, but the Nuggets muscled the Spurs top scorer until he finally had to inform the officials that he was indeed being fouled more often than they were calling. LaMarcus ended up using his physicality to score 30 points for the ninth time this season.

Add to that Pau Gasol’s 18 early points, 8 rebounds, and 4 assists.

Kyle Anderson made his career-high 18 points look easy adding 5 assists, 4 rebounds, 2 blocks and a steal to his stat line.

And no one could deny the greatness of Manu Ginobili who scored 14 points and dished out 4 assists, one of which garnered all-time status and lots of attention:

And don’t count out Dejounte Murray who only took four shots but produced without scoring obsolete by grabbing 13 boards and a Spurs’ game-best 7 assists.

What was the most impressive pass, shot, block, or steal of the night? You be the judge.