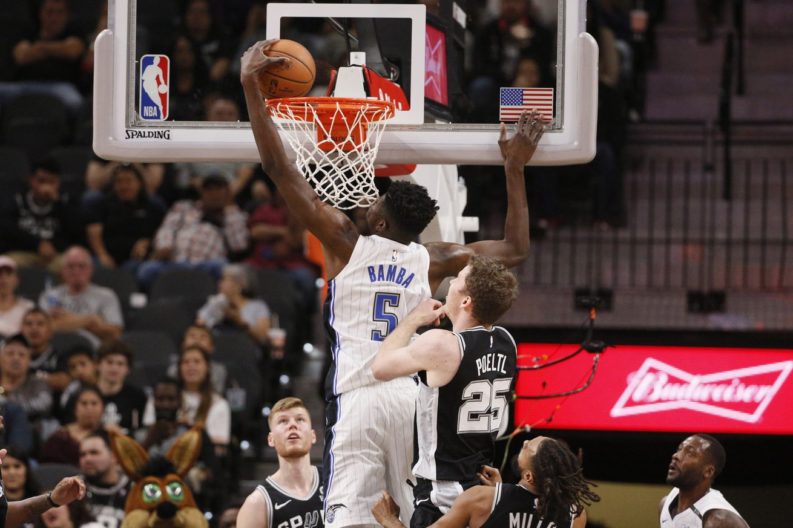 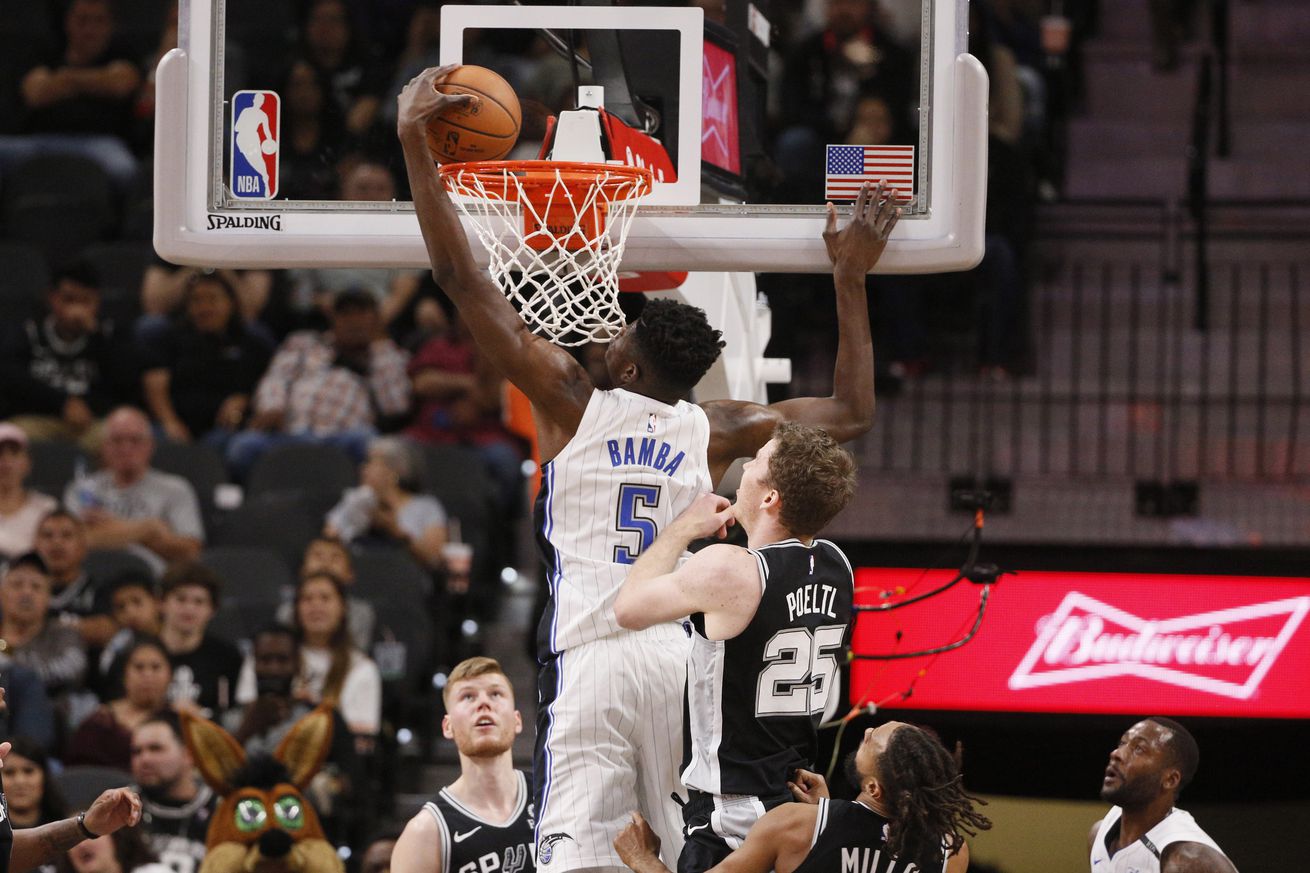 The Spurs had their four-game winning streak snapped, as they fell to the visiting Magic on their first SEGABABA of the season.

Despite playing a second game within a 24-hour span, the Spurs weren’t talking fatigue following Sunday’s 117-110 loss to the Orlando Magic. They didn’t boil the result down to the misfortune of catching one of the league’s worst offensive teams on an uncharacteristically hot night. No one pointed at the absence of third banana Rudy Gay, who sat with a sore heel, or the team’s own shooting woes. Nor, for that matter, did they moan over a couple of questionable whistles that helped short-circuit their last-ditch comeback.

Instead, the conversation reverted, as it usually does in San Antonio, to defense.

“Terrible,” was the word LaMarcus Aldridge (14 points and 6 rebounds) used in describing his team’s effort on that end of the floor. “We were just one step slower with everything. You have nights like that. No excuses, but they were just moving faster than us; we were one step behind. We let that snowball into not communicating and it made for a perfect storm for terrible defense basically.”

“We made a lot of mistakes defensively,” said DeMar DeRozan, who put in 25 points, 7 rebounds and 5 assists, noting their inability to get out on Magic shooters in time.

Gregg Popovich made sure to credit Orlando’s surprising performance — “They were really efficient offensively. They haven’t been all year; they’ve been at the bottom of the league in offensive efficiency, and a lot of it is because it’s a new system, and Coach Clifford is getting them going.” — but ultimately shifted the focus back on his team: “We guarded very poorly, and that was our demise.”

You can’t fault Pop and the Spurs for shifting the public discussion into constructive criticism — there were certainly a number of miscues and a notable listlessness throughout — but the other stuff matters, too. Aldridge and DeRozan probably see the floor a bit more than 33 minutes a piece if not for the 40 and 38 they played against New Orleans on Saturday. Gay’s absence (which he labelled as “precautionary”), compounded by early foul trouble for defensive specialist Dante Cunningham, put the team in a further bind and threw off rotations that had guys in new spots on the floor. The Magic played surprisingly well, not only hitting both open and contested shots, but making great reads and limiting their mistakes. San Antonio missing 19 of their first 26 three-point attempts didn’t help, and who knows what happens if the Magic don’t get the ball back following a debatable foul call on Patty Mills, resulting in a basket that pushed the lead up to 113-105 with under two minutes to go.

But the discourse matters to different parties in different ways. While we can make excuses for the Spurs, they still need to figure out how to set a defensive identity that endures and not come out as flat in their 12 remaining back-to-backs.

And there are positive things to take away, beginning with the team’s fourth-quarter comeback that helped trim a lead that ballooned to 26 down to 5 with under two minutes to go. It happened as Pop reinserted Aldridge and DeRozan, with the team down 105-87 at the 7-minute mark, eventually turning to a fairly unconventional lineup that featured Patty Mills and Bryn Forbes as the guards and Aldridge playing alongside Pau Gasol, a combination we’ve seen less of in 2018-19. Forbes scored 9 of his 13 points in the final quarter and, while he remains a sub-optimal choice as a starter, he has value as a role player that’s capable and willing to hit big shots in big moments. Jakob Poeltl, who’d fallen out of the rotation early on, brought good energy and effort on the offensive glass in his 14 minutes of action. Patty Mills was a shot of adrenaline and continues to look more comfortable in his transition back to off-ball sniper.

Many of those things can be built upon, while the negatives get unpacked and evaluated, as the Spurs look to find lessons in the good and the bad, wins and losses. Fortunately for the 6-3 group, there have been more of the former than the latter thus far.

But, really, the defense was pretty bad

The thing about the Spurs’ drop coverage system against pick and rolls is that they require a lot of things to go right. The man defending the ball-handler needs to fight tirelessly through over screen and then recover, while the big man buys him time by back-pedaling, preventing the pass to the roll man, and taking away as little daylight as possible in the mid-range, as the other three defenders remain attentive for any rotations that may be necessary when things break down. On Sunday, most possessions involved at least one of those contingencies to be missing, and the Magic took advantage.

I asked Pop about Aldridge playing the center more than ever this season, which of course led into him playing alongside another true big man for much of the night. Still, this is what he had to say:

“Well, he has no choice but to adapt because everybody plays small so much. It’s difficult to play two bigs these days. So I feel very bad for a lot of bigs in the world, unless they can stand at the three-point line and shoot. But your conventional big guy with the way the league is at this time, it’s a difficult time finding minutes.”

Aldridge was also asked about moving up a position at this stage in his career, a move he once reportedly opposed.

“In this NBA, there’s no difference [between playing the 4 or the 5]. 5, 6 years ago, it might have been a difference, but small ball is the new NBA, so it’s no difference… I think my coverages usually stay the same.”

While the Spurs struggled to buy baskets early in this one, Marco Belinelli (15 points) did beat the buzzer in a shot that was impressively off-balance, even for his standards.

this was fun, at least pic.twitter.com/QBdNr85Cxt

“You gotta have a different type of confidence to shoot that,” DeRozan said of his teammate’s penchant for shooting while on the move and his body anything but perpendicular with the ground below.