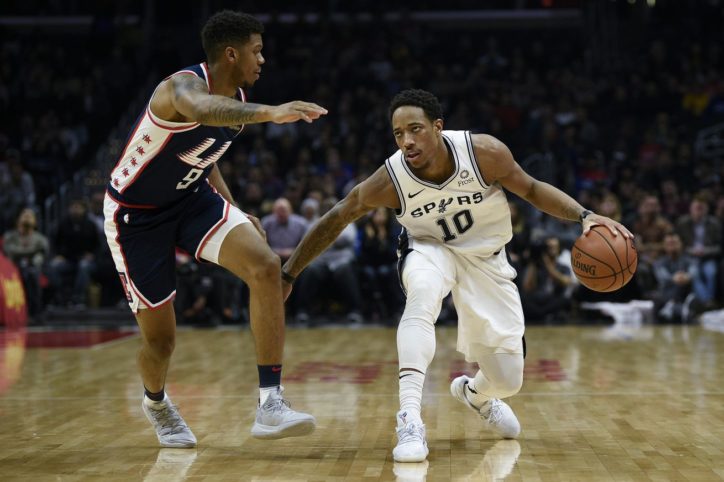 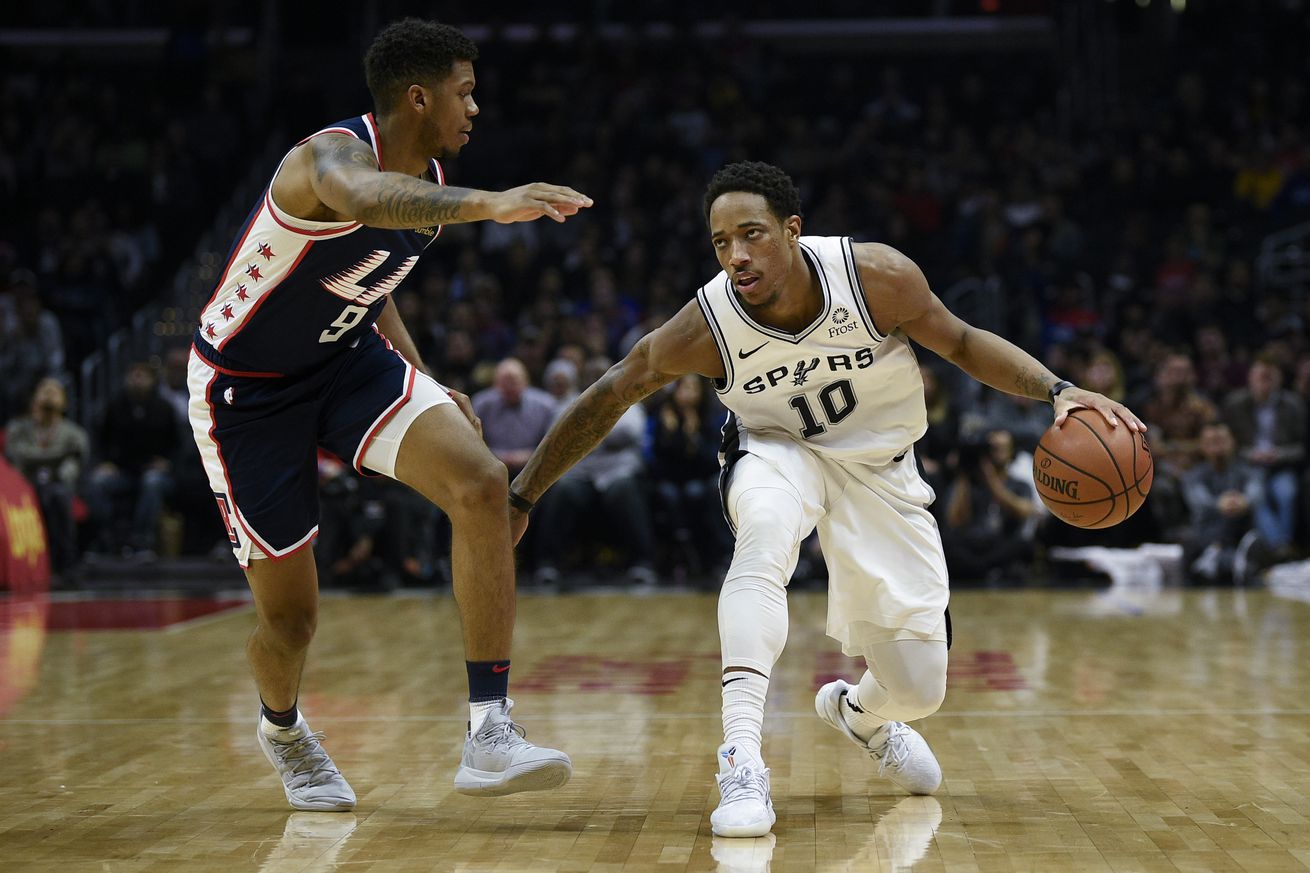 Several Spurs have played memorable games in front of their “hometown” crowds.

Homecoming always triggers emotions – some good, some bad. Nervousness about seeing old friends and dealing with old problems and excitement about showing how well you are currently doing. When Spurs players make trips to their hometowns, or to NBA cities where they began their career, or where they played college ball, the results have been interesting to watch. Not all the Spurs have “homecomings” and the team hasn’t traveled to all of the other NBA cities yet this season, so we will just look at a few of them (LaMarcus Aldridge, Dante Cunningham, DeMar DeRozan, Rudy Gay, and Derrick White).

LaMarcus is a Texas native having grown up in Dallas and played college ball in Austin, but his “homecomings” would have to be any game in Portland, where he played with the Trail Blazers for nine seasons. This season the Spurs have only played once in Portland (a loss) and it wasn’t one of Aldridge’s best games. He scored 12 points and corralled 8 rebounds. In the 2017-18 season, Aldridge averaged 26 points and 11 rebounds in Portland and the Spurs split their two games against the Blazers. Despite losing in January, LMA scored 30 points and got 14 rebounds while hearing a chorus of boos from the still salty Portland fans.

Cunningham is in his first year with the Spurs, but he also played for a few other teams. While searching for his “homecoming” game, I saw that he played 4 seasons with the New Orleans Pelicans. In his game versus the Pels, Cunningham had a good night scoring and shot 100% from the three point line.

DeRozan has really had 4 homecoming games since the Spurs have played both the Los Angeles Lakers and the Los Angeles Clippers twice each in LA. The Spurs split the road games with the Lakers, but DeMar played inspired basketball in those games, averaging 32 points and 8.5 assists. In the games versus the Clippers in LA, he averaged 29.5 points and 5.5 assists. DeRozan always seems to get hyped to play in the city of angels.

Not to mention the dunks.

Gay, like Cunningham, has multiple “homecomings” but one stood out this season – the Sacramento Kings. Gay scored 14 points and had 9 rebounds in the Spurs loss, but he made some crucial threes to keep the Silver and Black in the game.

White came into his own recently when he had a huge breakout game against the Denver Nuggets (White grew up in Colorado and played college ball there). He showed his athleticism and hustle in an impressive stat line – 10 points, 6 rebounds, 3 assists, and 6 steals. Despite Denver being in the top spot with a full arena, the White fans could be heard cheering their guy on. Personally, his defensive hustle that led to 6 steals was an impressive part of his “homecoming,” but so where his surprising dunks.

So the some of the Spurs get extra hyped playing back at “home,” which of these performances are you most impressed with, Pounders? Let us know in the comments.