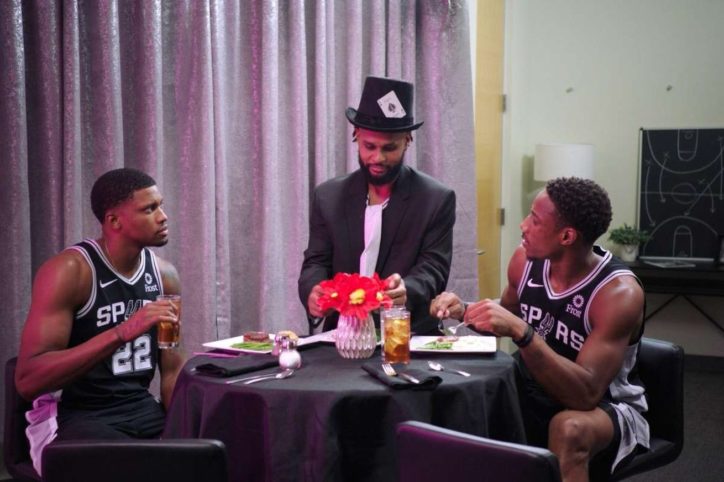 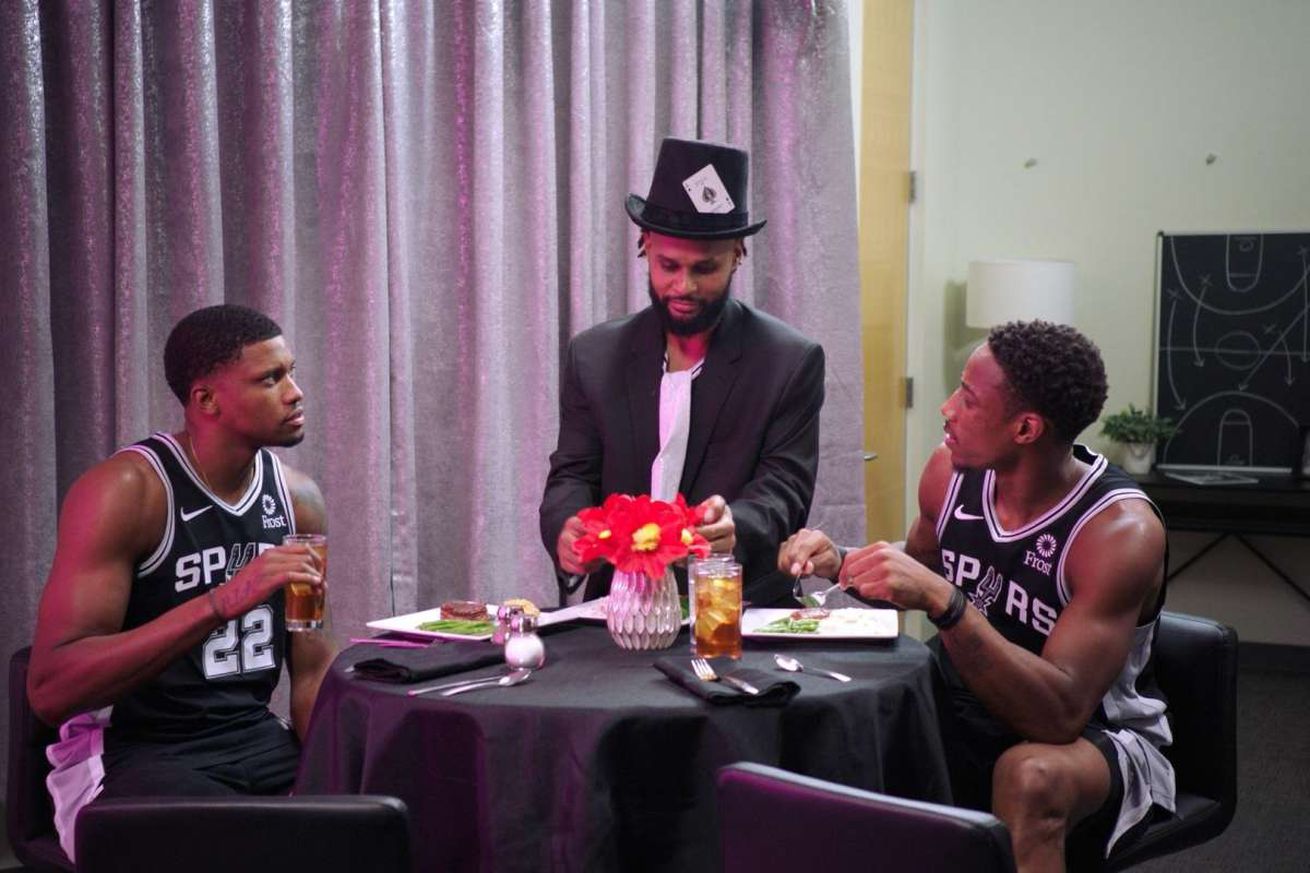 Even off the court, the Spurs somehow always come out ahead.

David Blaine has a trick in which he eats glass. According to Blaine, this trick is no trick at all. He actually crushes glass with his teeth, grinding his molars to nubs for the dramatic effect. This season has been like the Spurs’ version of eating glass. We ground our teeth into a fine powder, and wore down the edges of our seats, but were we left waiting for the trick?

A magic trick relies on a setup and development to coax the audience. A couple of unusual disappearing acts set up an idiosyncratic cast of characters in San Antonio this season. Remember the third game of the season, when Bryn Forbes and Dante Cunningham— who? —were among the starters in the Spurs’ thrilling 143-142 overtime win against LeBron James and the “new look” Lakers. Then, in December, the Spurs won seven of eight games by impressive margins: 13, 13, 25, 38, 27, 39, 26. In January, the Spurs played the Thunder at home. They started 14/14 from the three-point line. By the end of the second overtime, LaMarcus Aldridge had scored 56 points without a single three-point shot; Derrick White had a bloody face; and the Spurs had secured the victory.

Of course, the team struggled on the road and never overcame their inconsistency. Even mediocre teams have extraordinary moments throughout a long season (see: Phoenix Suns vs. Washington Wizards triple overtime game). However, the part of the trick is seeing the moments of formation before the turn — the hints of strengths yet to emerge — that occur both with and without fanfare.

The development of the Spurs’ trick is simply that: development. They conjure impact and even league-altering players from low draft picks. The 57th pick is not supposed to turn into an Olympic gold medal-winning, four-time NBA champ, Euro League champ, and future Hall-of-Famer (Manu Ginobili). No amount of magic words will turn a 28th pick into a four-time NBA champ, Finals MVP, and six-time All-Star (Tony Parker). There is no incantation for a 15th-pick-traded-for-a-26th-pick to become an NBA champ, Finals MVP, and two-time Defensive Player of the Year (Kawhi Leonard) because, as David Blaine said, there is no magic. The Spurs’ legendary development team chews the glass, or as some might say, pounds the rock, to turn an undrafted player into an 88-game starter (Bryn Forbes), and a 29th pick into a breakout star (Derrick White).

The trick is knowing that the Spurs always eventually come out ahead, though rarely in the ways that you expect. This season left a lot to be desired as they searched for their equilibrium and struggled on the road until the final game of the season. They did not advance past the first round, but as a seventh seed, they forced their series with a second seed to seven games. In addition to being a magician, David Blaine is an endurance artist. His tricks rely on meticulous planning and feats of stamina to yield an internal and external evolution. Through 89 games, we watched the Spurs confront their own progression.

For Game 7, my small band of displaced Spurs fans scored a prime booth in front of the largest screen at our chosen Los Angeles sports bar. With the exception of our group, and a polite group of Nuggets fans coincidentally stationed at the booth next to ours, everyone in the bar was there to cheer on a Dodgers game. The Dodgers won their game, and their jubilant team song “I Love LA” was an incongruous score to the ending of the first half of the Spurs/Nuggets game.

A slightly inebriated man in a Dodgers hat noticed the Tim Duncan jersey — sized children’s large — that I was wearing and unzipped his jacket to reveal his Clippers shirt in solidarity with the underdog spirit. He confessed that he had gone to the Clippers’ Game 6 loss to the Warriors the night before, and had not yet changed his clothes. His regret quickly gave way to appreciation, when he told me that he had put money on the Spurs to beat the Nuggets. Given the state of the game, I expressed some concern for him. He said, “What are you talking about? The Spurs always win.”

He knew about the trick. He was anticipating the trick. Even now, as I rub Sensodyne on my exposed tooth pulp, so am I. After all, the resilience of fans and the eternal hope for next season exist somewhere between magic and endurance art in and of itself.

Even in defeat, the magic of the Spurs endures
Source: Pounding The Rock