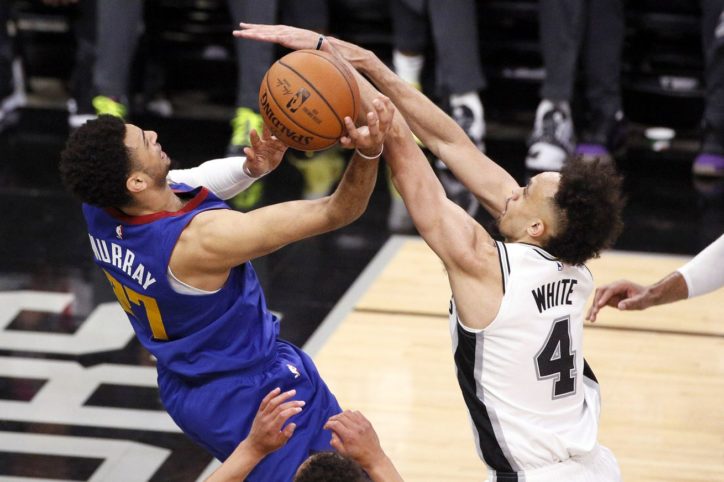 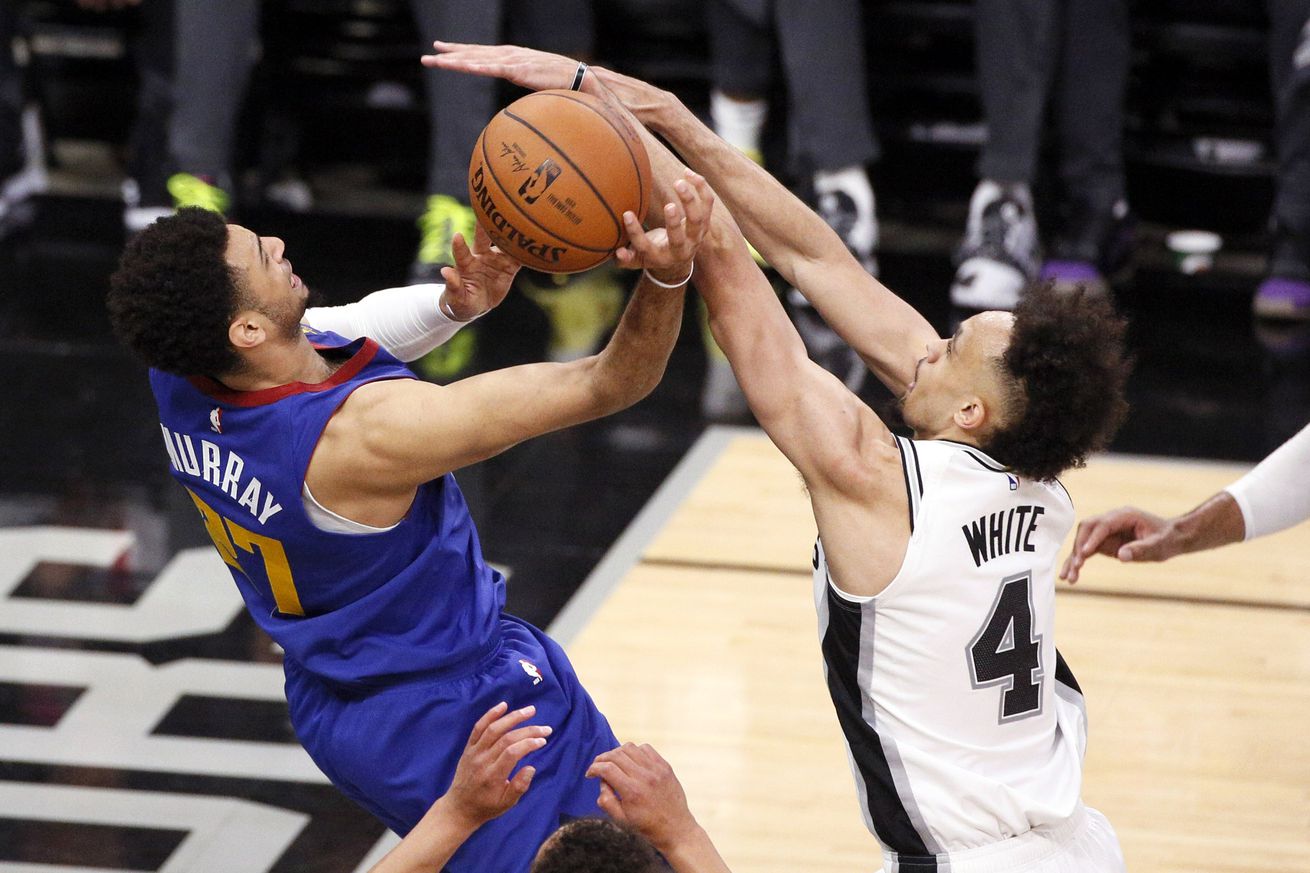 White showed off the breadth of his versatile skillset — as well as some rare on-court swagger — on his way to a career night.

Derrick White had just added to a career night with a three-pointer on the other end of the floor. He’d already played as complete a game as anyone could’ve asked from a young player on such a stage, blanketing a counterpart who’d outshined him two days earlier, with his Spurs on their way to a decisive Game 3 win, when the guard lost track of Jamal Murray for a moment and, in the process, conceded an open three.

Immediately, instinctively, White walked back to his coach, who made sure he took note of what just happened: “I made a dumb play defensively,” White said of the exchange with Gregg Popovich at the 5:44 mark of the 4th quarter with his team up 108-94. “So he let me know about it.”

White responded on the next possession by taking a LaMarcus Aldridge screen baseline and doing what he’d done for most of the game, willing his way to the basket for a lay-in. He assisted the next time down and scored on the possession after that, finishing with 36 points, 5 rebounds, 5 assists, 3 steals, and a block — an emphatic response in itself to a Game 2 loss which he took personally.

“I felt like a lot of [Jamal Murray’s 4th quarter points in Game 2] were on me,” said White afterwards. “So I had to step up and make him work today. It was great team defense, and we’re gonna have to improve upon it throughout the series.”

The braggadocious hero of Game 2 had 6 points in total on Thursday, coughing the ball up 4 times to just 2 assists. More damaging to his team: he did little to keep to keep White from turning the Nuggets defense into his own personal lay-up line. There were no Blue Arrow celebrations to simmer on the highlight tape following the loss, only the words from his coach, Mike Malone, that lauded White and hoped to see a similar bounce-back for his player on Saturday:

“There’s no doubt in my mind that Derrick White the last couple of days has been reminded of Jamal Murray’s 4th quarter performance. Derrick White came out like he hadn’t eaten in 2 days. He came out hungry. He came out pissed off, and he sent a loud and clear message. Now I’m anxious to see our guys — how do they respond to that. Where’s your pride? Where’s your toughness? Where’s your grit? Game 4’s gonna be a great insight into who we are as a team, especially our young players, especially Jamal Murray… He’s gonna learn as a young kid, it can’t just be one quarter — it’s gotta be every night if you want to be a really good basketball player, especially in the playoffs.”

The Spurs also held their own defensively against one of the league’s best offenses, and one of the league’s most unique weapons in Nikola Jokic. The star center still had 22, 8, and 7, but San Antonio was able to defend him without doubling for much of the game, leaning on Jakob Poeltl who overcame early foul trouble to make an impact beyond his 10-point, 7-rebound stat line.

“He’s tough to guard,” said Poeltl. “I’m learning stuff about the way he plays every single game. Just trying to pick up as much as possible, try to make his life as tough as possible, trying to take away his favorite moves and then force him to do something he doesn’t want to do. I think it’s going to pay off in the long run.”

The Spurs’ offensive display began with White’s 26 (!) first-half points and continued in the 3rd, with teammate DeMar DeRozan getting his turn. After mustering just 4 points in the 1st half, DeRozan had 19 in the 3rd quarter alone, matching White’s focus on getting all the way to the basket rather than just settling for jumpers.

“Just continued to be aggressive,” he said of his hot quarter. “As long as there’s time on the clock, I know I can get it going.”

In the post-game with Malone, the focus inevitably came back to White, and the mental edge he and the Spurs showed through their aggressive play.

On one of his many dominant scores on Murray, White drove right, absorbed his defender’s contact and finished off the glass with ease plus the foul, punctuating the moment with a flex of his right bicep.

“Every now and then I get like that,” White said of the rare celebration. “It’s not really my thing, but just the emotion of the game.”

White’s averages now in this series: 23 points (on 69% shooting), 4 rebounds, 3.3 assists and 1.3 steals per game. Not bad for a guy’s first 3 playoff starts — although he will remind you that he does have some postseason reps under his belt:

“Everybody said I didn’t have playoff experience, but I did it through the G League,” White said, before clarifying: “Just kidding.”

A flex and a joke both in one night? White may not have been “feeling” the Nuggets on Thursday, as Malone said, but he might be feeling himself now. At least a little bit.

The San Antonio bench was outscored in Game 3, 50 to 19. Unsurprisingly, they were also net negatives while on the court, with Patty Mills a team-worst -13. More concerning may be the play of Rudy Gay, who racked up a few more mental mistakes after being the worst Spur on the floor in Game 2. He had 11 points and 10 rebounds on Thursday, but it came with 3 turnovers and some defense that lacked luster, especially when matched up against Paul Millsap.

“Our bench unit was great, our starters struggled,” said Malone.

Malone also noted that the Spurs have out-rebounded the Nuggets in all 3 games of this series. On Thursday they had a 45-37 edge, which included 15 offensive boards.

“We couldn’t stop him. They had 62 points in the paint. We gave up 16 blow-bys, just one-on-one contending. Not gameplan, not nothing. It was just the lack of the ability to guard one-on-one… From jump street, he attacked, he got wherever he wanted, he finished. He was into us defensively. That was a hell of a performance of a young player.”

“He was OK,” the coach responded when asked about White’s performance, to some nervous laughter. “I have to answer that question? You were at the game right. He was obviously spectacular. I don’t know what else to say.”