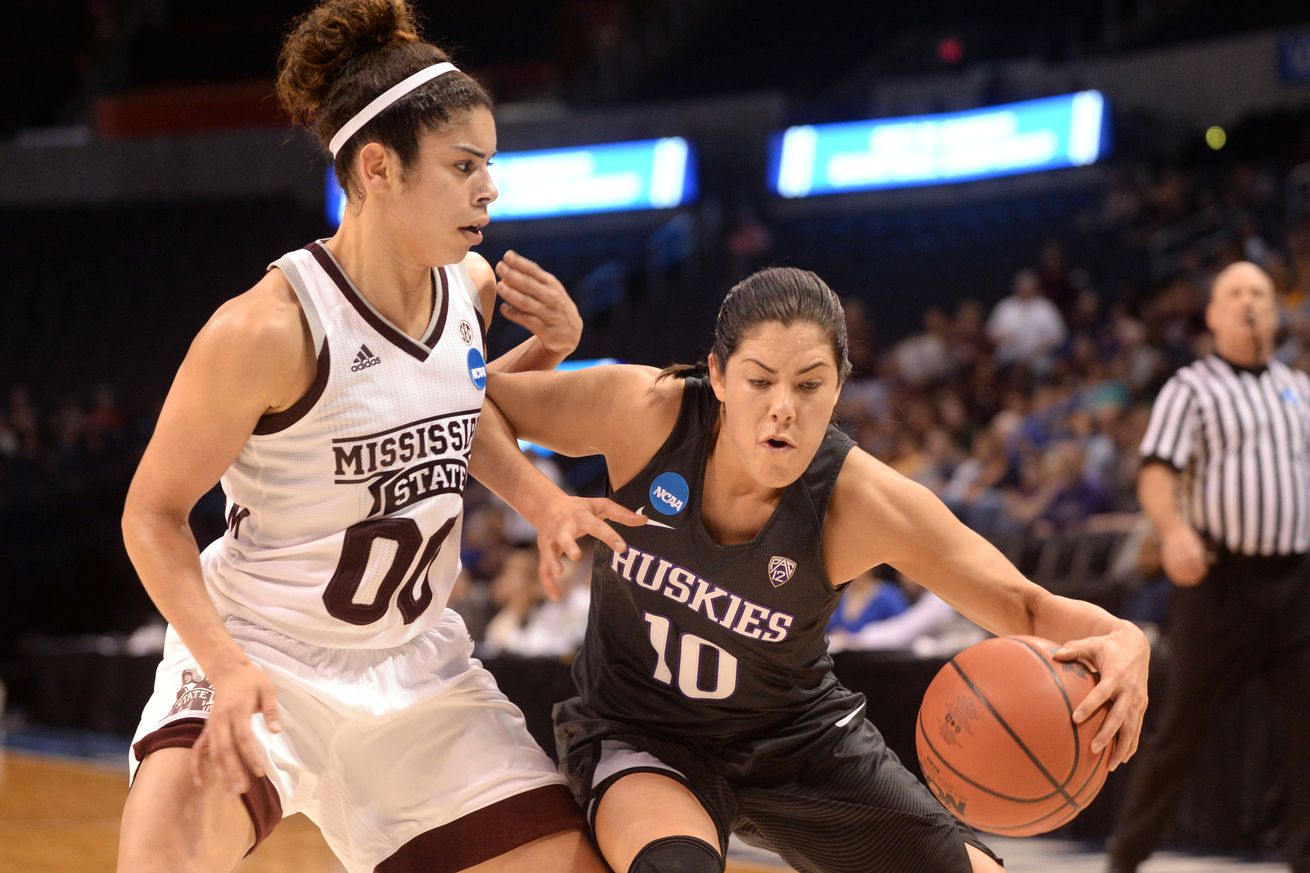 New York— With the first pick in the 2017 WNBA Draft, the San Antonio Stars selected 5-foot-8 guard Kelsey Plum from the University of Washington. The pick came as no surprise as Plum became the all-time leading scorer in women’s NCAA Division I history this year, finishing with a career 3,527 points. This past season, the left-handed Plum led the nation in scoring, averaging 31.7 points per game.

“It’s been a head spin. The last couple of weeks have been kind of crazy because of all the travel I’ve been doing. It’s a great problem to have,” said Plum. “I’m extremely grateful.”

Led by Plum, Washington finished 29-6, and made a trip to the Sweet Sixteen before falling to national runner-up Mississippi State, 75-64. Plum had a number of impressive individual games, including a 57-point performance against Utah to break the women’s Division I scoring record:

Now, she’ll be tasked with turning around a San Antonio Stars team that finished last in the 2016 WNBA standings at 7-27, and hasn’t had a winning season since 2012.

Despite recent struggles, the Stars are optimistic about their future. Long-time head coach Dan Hughes stepped down after last season, and Vickie Johnson, who played and then became an assistant for the Stars, will take over. She’ll work closely with second-year general manger Ruth Riley.

Plum joins a talented young backcourt that already includes Kayla McBride, the third pick in the 2014 draft, and Moriah Jefferson, the second pick in 2016.

“I’ve played with Moriah [Jefferson] before,” said Plum. “She’s a phenomenal player. I’m a big fan of Kayla McBride. I’ve watched throughout her entire collegiate career and in the pros.”

Although the Stars need help in the frontcourt, Plum was too big a talent for them to pass up, and the belief is that all three can play together. Since the Stars also have the fifth pick in this year’s draft, they will still be able to address their need for additional size.