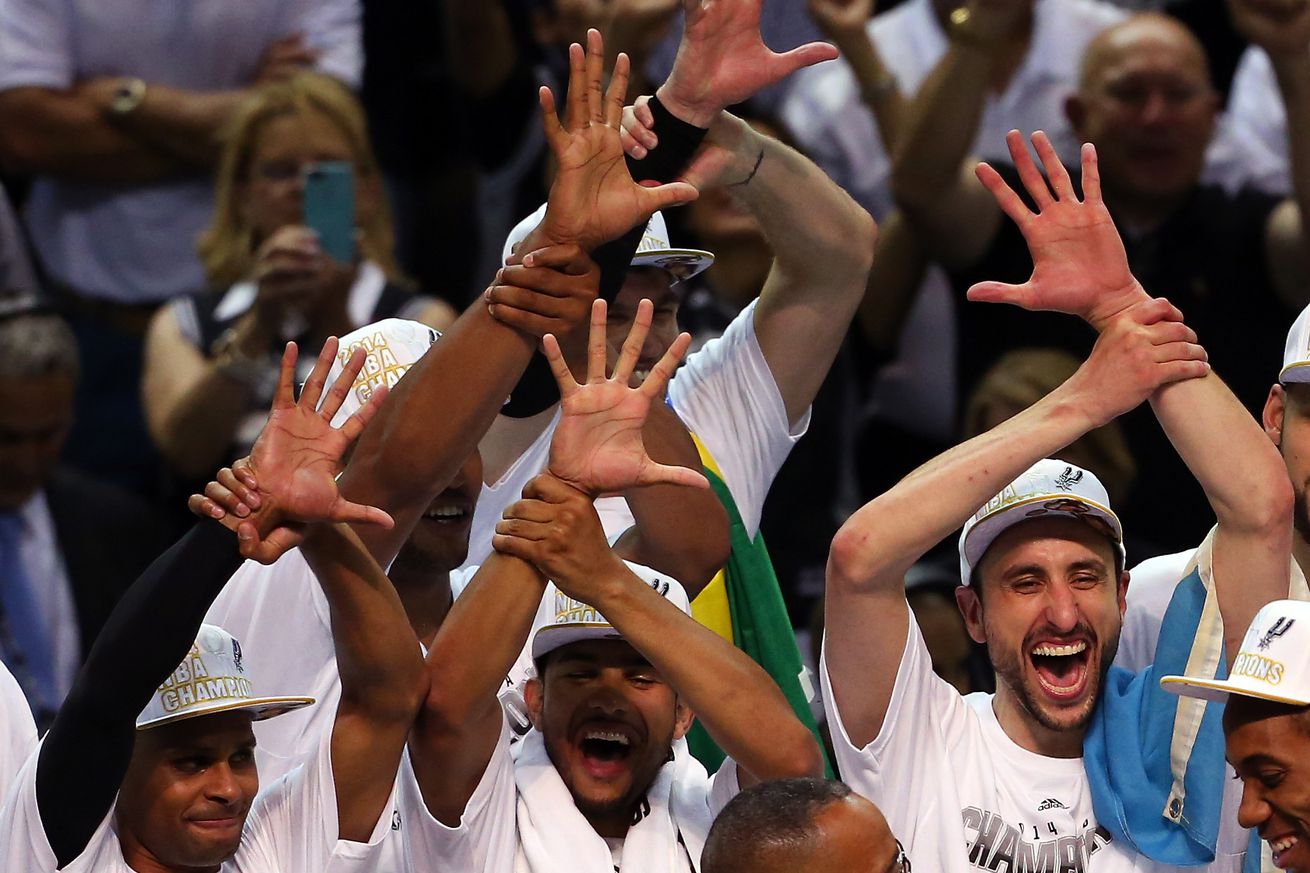 Just after San Antonio defeated the Miami Heat in the 2014 NBA Finals, Kawhi Leonard was named Most Valuable Player of the Finals. As Bill Russell presented Kawhi with the Bill Russell trophy, the entire Spurs team celebrated by doing the Hand Salute, which had recently been popularized by the Spurs bench.

I’m reminded of this because that Finals was the first time I knew (not hoped or believed — but knew) that Kawhi was destined to be a huge star. It was the play in the second quarter of Game 3 when he got the ball in the corner, did a 360 degree spin away from LeBron James to lose him behind a Tiago Splitter screen and rose up just inside the 3-point line to drill a jumper in Chris Bosh’s face.

A player who was able to defend like Leonard suddenly budding into an offensive force and creating off the dribble … c’mon, no one could deny that this kid was becoming a superstar before our eyes.

Well, it turns out I was wrong. Not about Kawhi, of course, but about people’s ability to erect arbitrary walls between San Antonio’s franchise player and whatever bar he’d need to jump to be recognized as elite — like Penny Hardaway did this past weekend.

So with the conversation now cooking about what a superstar is, I thought it was a great time to re-release the Kawhi Hand Salute T-shirt for those who want to support our team’s MVP candidate, and for anyone who hasn’t had a chance to buy it, since it’s been a year-and-a-half since all sizes have been available.

This is a shirt that I wear all the time, and I’m excited about being able to make it available to you guys again. All of BreakingT’s shirts are super soft, and last nearly forever. If you’re between sizes go with the larger of the two. In case you don’t know, a portion of the profits come to me, which is the kind of thing that Mrs. Wilco uses to rationalize me spending so much time working on PtR.