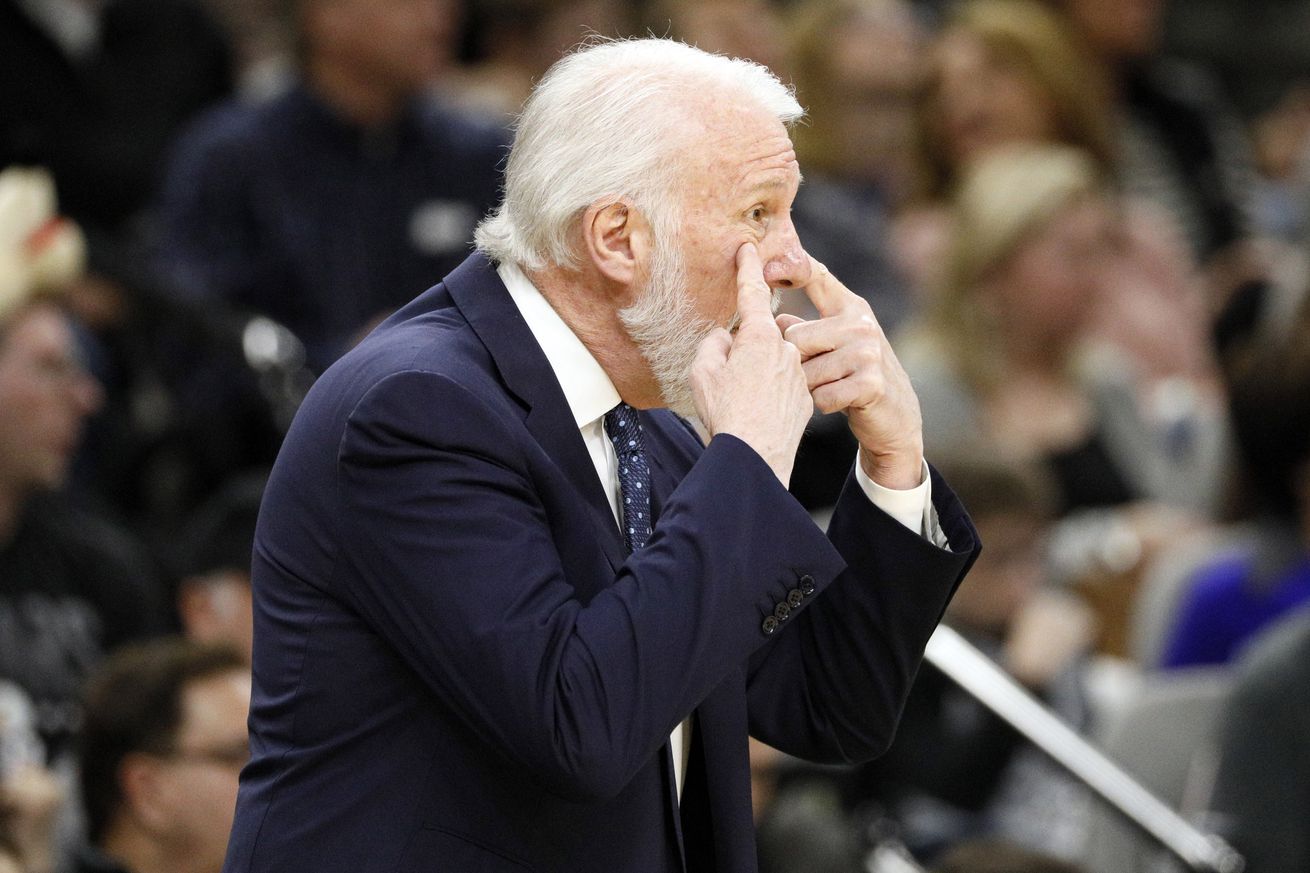 After what was a hectic and emotional morning with the trading of Kawhi Leonard and Danny Green to the Toronto Raptors, Spurs fans and media were treated to a press conference by none other than head coach Gregg Popovich.

Making his first appearance in front of the media since the passing of his wife Erin back in April, Popovich took about 20 minutes to discuss a variety of topics, some obvious and others not. The one not being discussed about enough? The timetable, or lack thereof, for his retirement.

Jabari Young of the San Antonio Express News made the point to Pop that people care about how long he’s going to be on the sidelines, which Pop dismissed coyly as, “bologna:”

When asked if Team USA would have any impact on how he would approach his coaching career in San Antonio, Popovich pointed to Duke Basketball coach Mike Krzyzewski, who was the head USA Men’s Basketball coach from 2006 to 2016:

It’s a humbling thought to coach that team, but it doesn’t preclude me from doing what I’m doing with the Spurs. I think Coach K (Krzyzewski) did a halfway decent job coaching Duke and winning over and over again with USA Basketball. He found a way to do it, so hopefully I can find a way to do it too and follow in his footsteps.

You can listen the segment here:

Asked Popovich about his future. As of now, not thinking about stepping away, even with USA basketball coming up… #Spurs pic.twitter.com/TUy4gymZtu