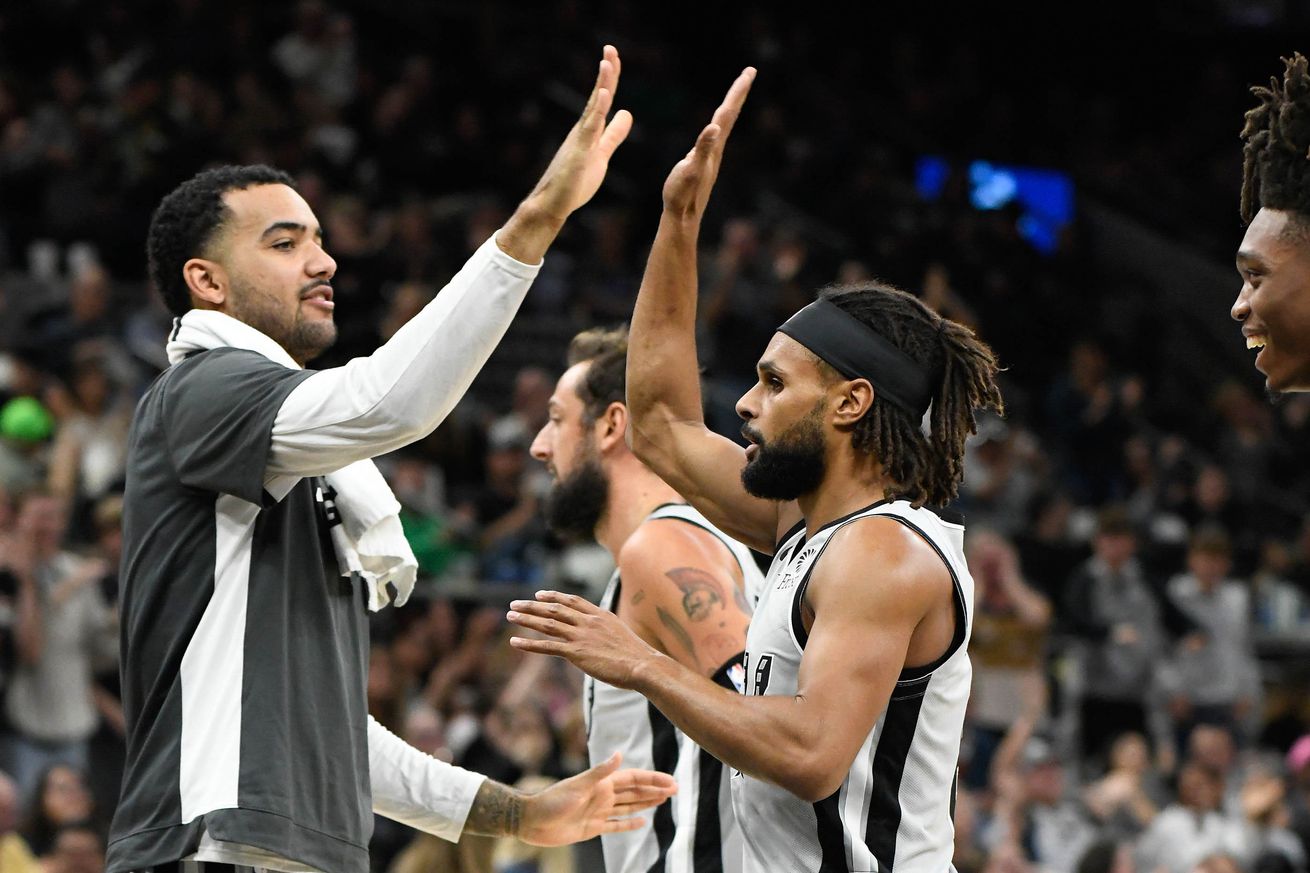 It’s been a while, so why not enjoy it?

Here’s something Spurs fans haven’t been able to do in quite a while (primarily because there hasn’t been much of a reason to): gloat. Turmoil and change were the themes of the last two seasons, which saw the Spurs eek into the playoffs as the 8th and 7th seeds, respectively, all while being ravaged by injury.

Not today. With a completely healthy roster and everyone mentally locked in, the Spurs sit alone a top the Western Conference Standings for the first time since who-knows-when. (Maybe some time in 2016-17? Not entirely sure, but we can probably comfortably say it’s been a few years.)

I know what you all are thinking:

And you might be right. The Spurs have a lot more work to do to prove they belong on top of the West, let alone among the serious title contenders. They haven’t been overly impressive for stretches in their first three games — blowing leads, turning the ball over, porous defense, etc — but they’ve also shown improvement in other areas while the young guns are bursting with potential.

The Spurs are now entering their first serious stretch of schedule where they can prove the naysayers wrong and potentially show that at least being a threat for home court advantage is not an early season fluke, beginning tonight with Kawhi Leonard and the Clippers.

The gloating may be allowed to continue after that, and maybe it won’t, but the point is it’s been quite a while since Spurs fans have been able to enjoy this moment, so why not? We’ve been through enough already. (Or have we?)