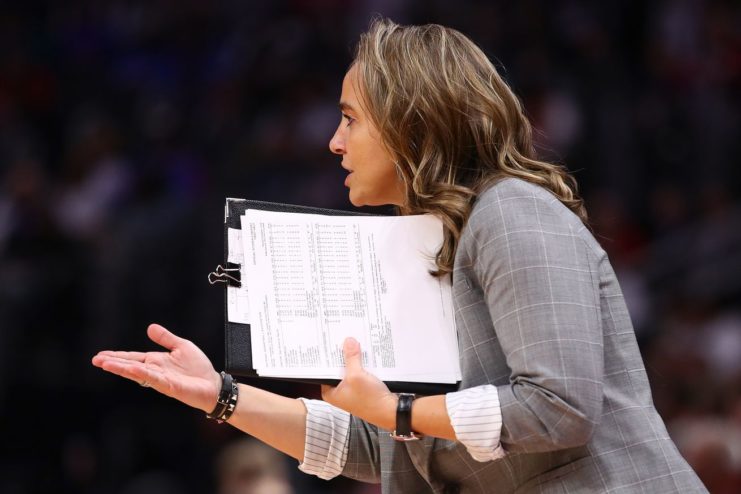 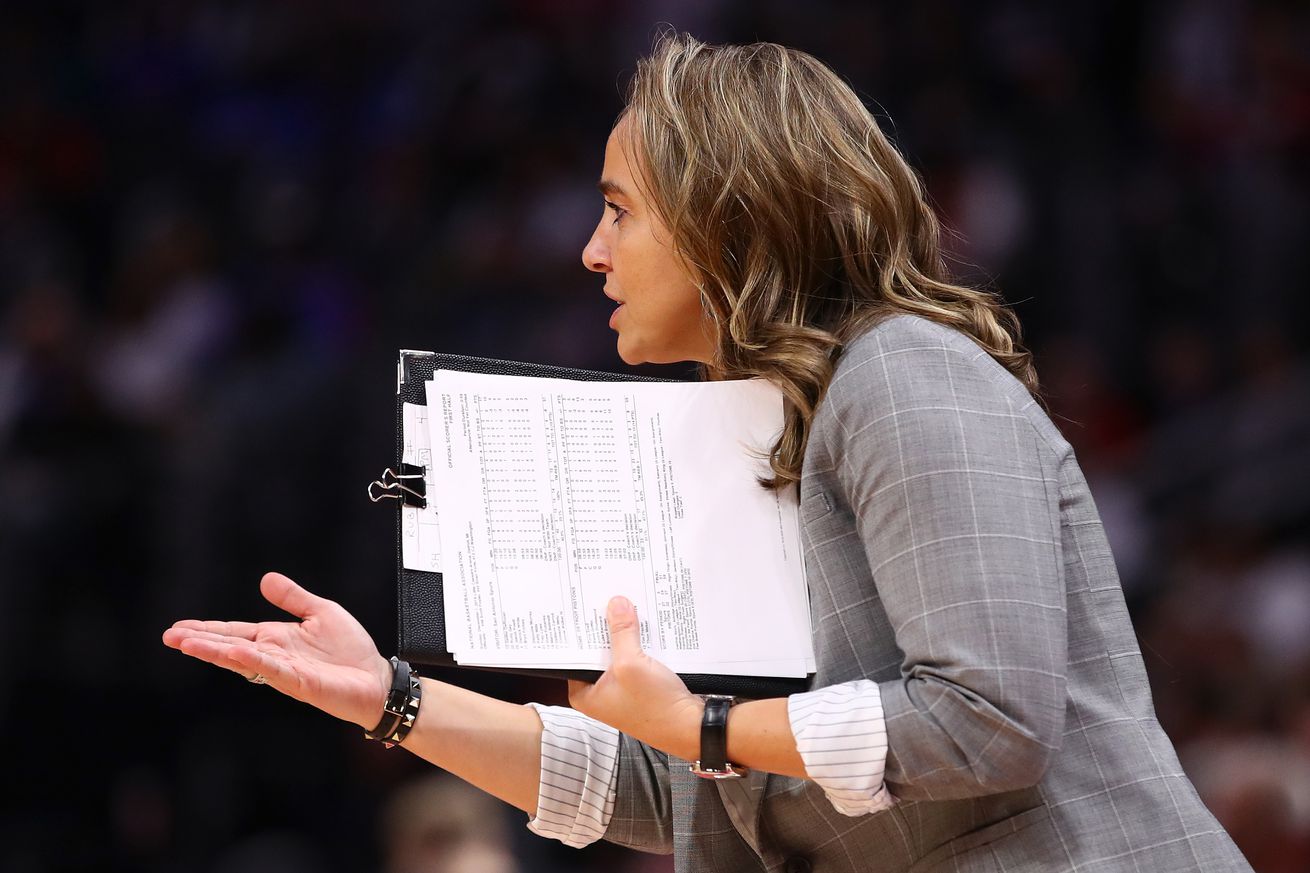 New York is reportedly interested in Hammon as head coach. She should stay away.

After yet another disappointing 4-18 start to the season, the New York Knicks fired head coach David Fizdale on Friday and are now in search of a new one, with Spurs assistant coach Becky Hammon being a target (along with Raptors president Masai Ujiri, Mark Jackson, and Sam Mitchell).

That much is not surprising. Here’s the surprise: the interest is reportedly mutual, according to none other than Jabari Young, now with CNBC.

…according to a league source, the former New York Liberty guard would have interest in coaching the Knicks if she could land a long-term deal, with the belief a four- or five-year deal would be sufficient.

With the rate at which the Knicks go through coaches, largely due to owner James Dolan’s ineptitude and low level of patience (which is putting things extremely kindly for him), anyone who is worth their salt should demand a guaranteed contract for so many years before even considering going there, and it sounds like Hammon is wisely doing just that. With that being said, even if it’s not the Spurs, the Knicks should not be the organization she begins what will be a historic head-coaching career with.

There has not been a more poorly run, toxic organization in the league over the last 20 years. No one — player or coach — gets out of Dolan’s clutches unscathed. The team is stuck in a never-ending loop of hopelessness: unable to attract the stars it needs to climb back into relevance, building ragtag teams that make no sense while blaming the coach and firing them when it inevitably fails before starting all over again as stars continue to stay away in droves due to, among other things, not knowing who the coach will be or how long he will be there.

Having missed out on all big free agent names (since Carmelo Anthony forced his way there via trade in 2011) there is still no savior in sight. No other game-changers appear anxious to head to the Big Apple anytime soon, whether it’s via the draft or free agency. Both Kyrie Irving and Kevin Durant passed them over for the Nets this summer, and the one time the Knicks actually made a good move in the draft — picking Kristaps Porzingis in 2016 — they somehow managed to blow it with him, too. In other words, it will continue to be more of the same in Madison Square Garden no matter who the coach is.

This is not to say Hammon should continue biding her time in San Antonio. Everyone would love to see her coach the Spurs some day, but if the right offer comes a long she should certainly take it. However, this wouldn’t be the right offer, and hopefully she stays away.