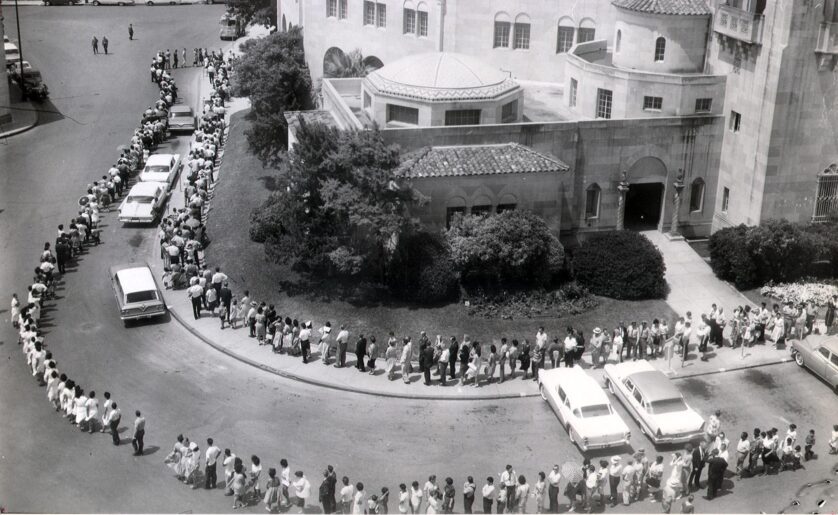 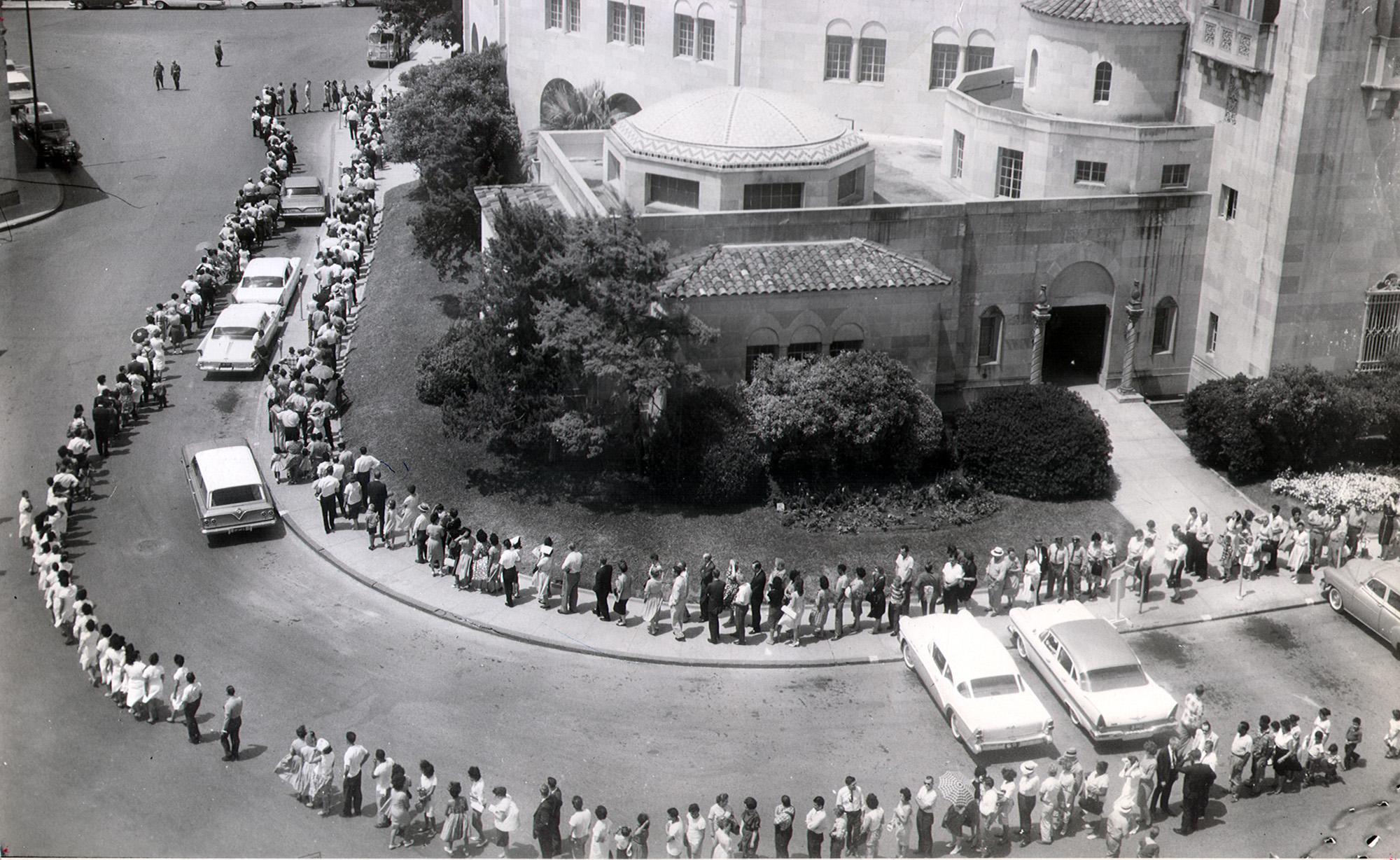 San Antonians who lived through the polio outbreaks and subsequent vaccine inoculation are now witnessing a similar history play out with the COVID-19 crisis.

In the 1950s, the U.S. experienced an outbreak of the potentially paralyzing illness that hit the younger population particularly hard. Similar to now, locals faced widespread closures, restricted public gatherings and fear before a vaccine was developed. Unlike with the coronavirus, a polio vaccine took years to develop.

Dr. Jonas Salk introduced the first polio vaccine in 1955 after it underwent field trials, including in San Antonio. Nearly 14,000 children in Bexar County, dubbed “Polio Pioneers,” were given the test vaccine in 1954. A painless oral vaccine, developed by Dr. Albert Sabin, was developed in 1963. Rather than receiving a shot, the vaccine was administered through a droplet on a sugar cube.

Undated San Antonio Express-News and Getty photos from the early 1960s show what the mass immunization using Sabin’s method looked like at the Municipal Auditorium, which is now the Tobin Center for the Performing Arts in downtown San Antonio.

Nearly 60 years later, San Antonio is in the early phases of the largest vaccine campaign in U.S. history. The first doses of Pfizer’s coronavirus vaccine arrived in San Antonio on Dec. 14.

Unlike the scenes captured in the photos, the coronavirus vaccination has not been made available to the general public. Vaccines are still being prioritized for high-risk groups, like nurses, doctors, hospital staff, emergency medical responders and nursing home residents.

Some local testing sites, however, are experiencing winding waits as San Antonio experiences a surge in cases.

According to the San Antonio Express-News vaccine tracker, 11,194 people have been partially vaccinated in Bexar County. Both the Moderna and the Pfizer/BioNTech vaccines require two shots, taken 28 and 21 days apart, respectively. No one in the county has been fully vaccinated.