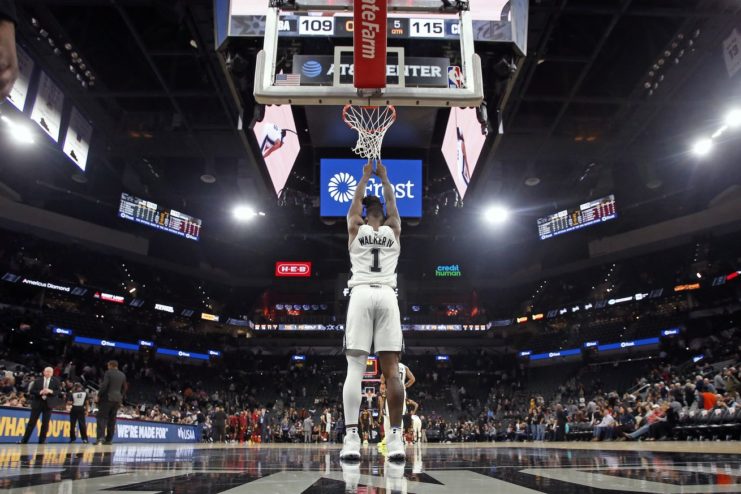 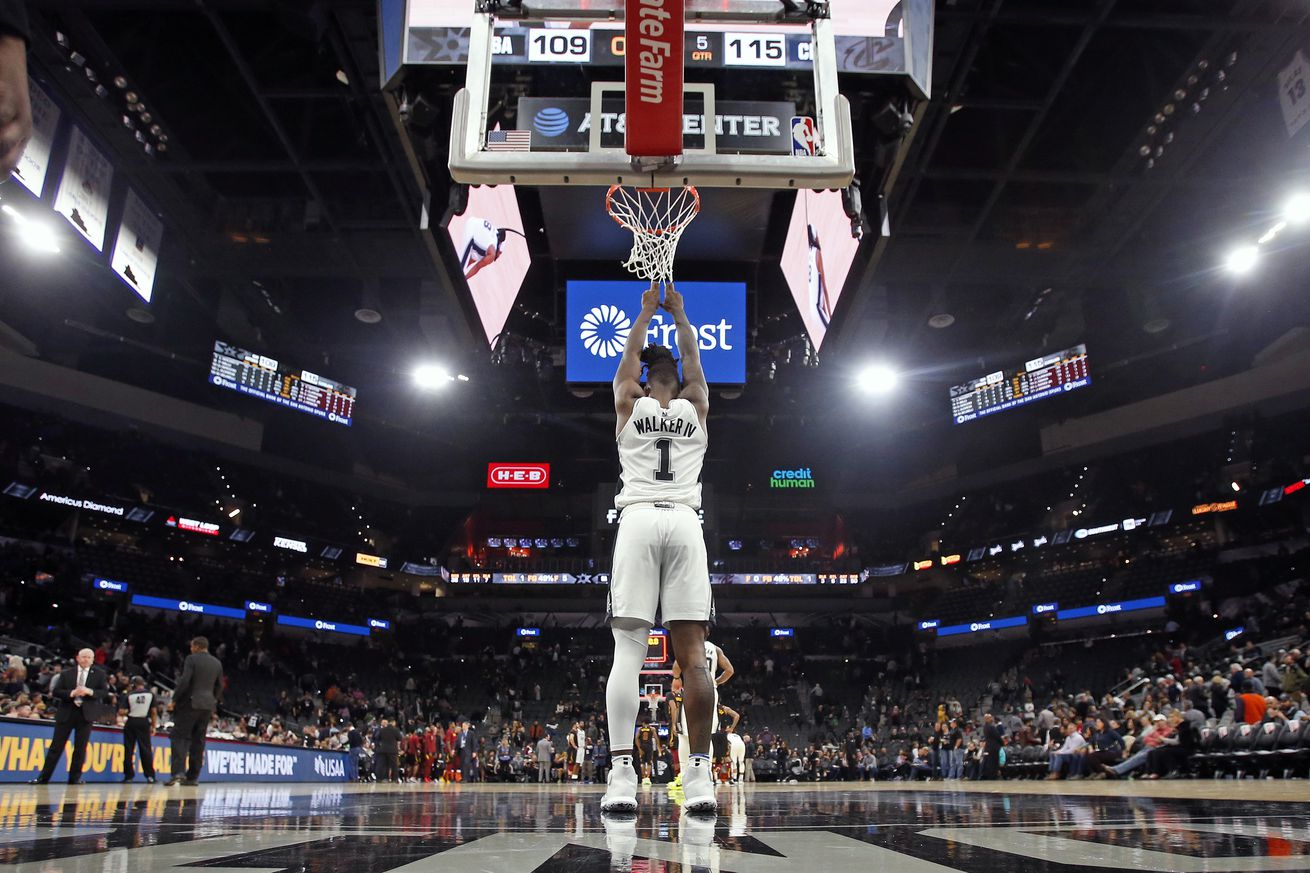 The poet Fred Durst, in the second verse of his seminal 1999 hit “Nookie”, once posed an eternal question to humanity that I always think about in times like this:

Should I be feeling bad? (No)

Should I be feeling good? (No)

It’s kinda saaaaad, I’m the laughing stock of my neighborhood

Maybe you, as a normal Spurs fan, don’t take a lot comfort from one of the signature songs of the Rap/Metal era but I, a wise man, have learned to look upon this ode to ruinous heartache as a tidy summation of what a game like Thursday night’s can do to the psyche of a fanbase. We lash out. We’re sad, we’re angry, and we’re trying to figure out what exactly we keep doing this for. (I promise it’s not “the nookie”, although that maybe works as a tidy metaphor for the cheap thrill of a win and…nevermind)

It sure can seem like everyone in the world is literally laughing to themselves as they see this score scroll by on the little ticker while they watch their own games. “The Spurs lost to the Cavs…in overtime?” they’ll haughtily chuckle to themselves. “My how the mighty have fallen.” They’ll make jokes to all their friends, these imaginary bullies will, and then they’ll go online and make even more jokes. You can see it now, can’t you? All of NBA Twitter is surely awash with viscous slander of our beloved Spurs at the moment. The cool kids, who maybe once begrudgingly respected us for all that pesky title winning, have once again returned to making fun of our shoes.

Losing is decidedly un-fun and we, as a fanbase, are not very good at it. This is largely a good thing because it obviously means we haven’t done it very often, but in the short term it’s becoming a problem because we don’t know what to with ourselves right now. A couple of big recent wins and a long break had given everyone just enough time to convince themselves that maybe everything wasn’t quite as bad as it seemed. Lonnie Walker IV is getting some real time on the court, Dejounte Murray is no longer on a minutes restriction, and we’re only, like, two games out from a playoff spot with a lot of season left. Couple that with the fact that a benevolent cosmic force has very clearly cursed the Houston Rockets and you’ve got a lot of really positive vibes to hang out with.

Then, all of a sudden, the actual basketball is happening again and we find the team down double digits in the 2nd quarter to a team that was in the middle of an eight-game losing streak. It’s a harsh, but necessary, splash of clod water on our collective faces. This team is not as bad as they’ve seemed at times, but they are certainly not good. Not yet, anyway. What’s more frustrating is that instead of the broad, sweeping changes to the overall strategy that seem very obvious to those of us out here on our couches, we have to sit around night after night and watch Pop tinker with little micro-adjustments in the hope that maybe, just maybe, once everything is perfectly calibrated then this team will finally be able to soar.

The Spurs have never been the type of franchise to be hasty and this is all probably the right strategy in the long run. We know this. We’re “pounding the rock” and all that, right? Progress is being made in ways that we can’t see. Lessons are being learned and seeds are being planted for the future. Patience is a virtue and yada, yada, yada. Again, we all know what’s happening here and we all probably agree with it, but that doesn’t mean it’s not a little infuriating from time to time.

It’s okay to think two things at once. You’re allowed to be relatively zen about the direction of the franchise and also pretty mad that DeMar DeRozan bricked crunch time free throws again. Should you be feeling bad? No. Should you be feeling good? No. The Spurs tip off again on Saturday and at that point, we can all regroup and settle into whatever The Narrative has in store for us next. Maybe we’ll find more things to complain about or maybe we’ll find new reasons to hope.

All I know is that this season, much like a Limp Bizkit song, is really starting to annoy me.