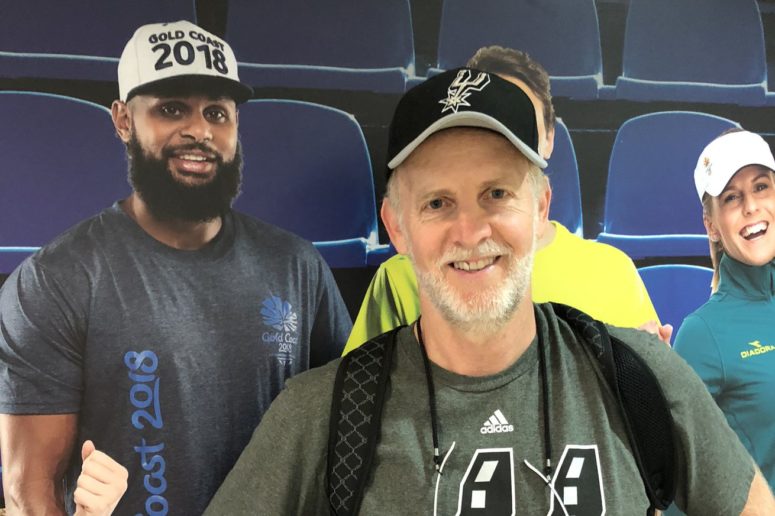 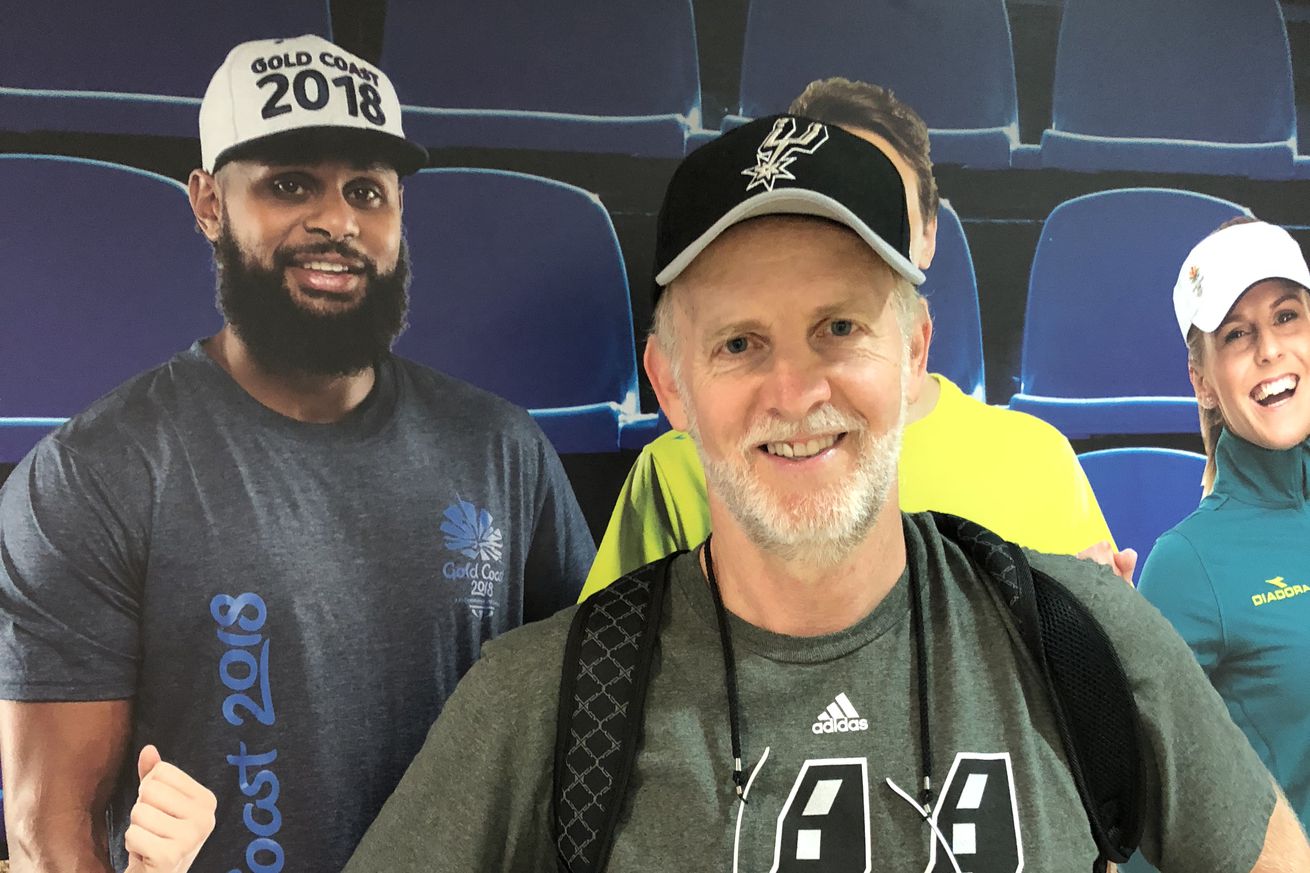 Being a Pounding the Rock writer has many advantages, including our unlimited expense account for international travel.

In the summer of 2016, I journeyed to Vancouver, Canada and discovered that the city apparently lost its interest in the NBA after the league abandoned Vancouver for Memphis, Tennessee. This year, I celebrated the start of the NBA season by traveling to Australia and New Zealand to examine how those countries view the NBA, and in particular, our San Antonio Spurs.

Among countries that aren’t the USA, Australia has the third most players in the NBA. Canada has the most with 11, followed by France with 10. Australia wins the bronze with 8 NBA players. Surprisingly, one of those 8 is Kyrie Irving, who was born in Australia to American parents, moved back to the USA when he was two years old and retains dual citizenship (plus that dual citizenship Cavs-Celtics thing).

Armed with this information, I ventured into the wild outback of downtown Sydney and the Gold Coast of Australia to conduct my inquiry. My research included wearing my Spurs gear as often as possible in order to see if people responded, and visiting various pubs so I could “interview” the local bartenders on the subject. The pub visits were especially helpful, though the results were not that favorable.

Possibly because NBA games are played mid-day or earlier (Australian time), many Australians have little to no interest in the NBA, despite players like the Spurs’ Patty Mills being in the league for years. Most Australians prefer to follow a wacky game called Australian Rules football — essentially rugby on steroids. The game involves throwing or kicking an oblong ball around the field in all different directions, players tackling or crashing into each other whether or not anyone has the ball, referees randomly blowing whistles which the players seem to ignore, and points being awarded haphazardly to one team or the other for no apparent reason. In many ways, it looks like a Clippers game from the 1990s.

I also learned that while Australia has its own professional basketball league, it doesn’t generate much interest, or make much money. I confirmed the latter point in an airport when the Melbourne professional team (the Melbourne United) walked through the airport wearing what looked like their practice gear. They were getting on the plane before mine – flying coach alongside a youth soccer team whose players looked to be about 13 or 14 years old.

In my pub “research”, I found some locals with a passion for the NBA. However, the first one was a bartender from Miami, Florida, of course a fan of the Miami Heat. He and I decided to call the two Spurs – Heat Finals a draw, even though Spurs’ fans know that the Redemption Finals in 2014 trumped, and in many ways erased, the prior year’s result.

Next I located an Aussie native whose favorite player was Kristaps Porzingis of the New York Knicks – even though my new Aussie friend could not remember why he chose Porzingis over more obvious choices like Patty Mills or Andrew Bogut. Or for that matter, Ben Simmons.

In New Zealand, they have no such connection to the Aussie players. Indeed, based on the Australia – New Zealand rivalry which is about everything, the Kiwis seem to root against the Aussie players. My guide for a Lord of the Rings tour told me that the local sports highlight shows generally report on anything positive done by New Zealand native Steven Adams of the OKC Thunder. As a result, many Kiwis are mild Thunder fans, at least until and unless Adams is traded to some other team.

Finally, at the same airport where I had the picture taken with a faux Patty Mills at the top of this piece, I found success. Noting my Spurs hat and shirt, an observant youngish fellow working at the airport asked “Are you a Spurs fan?” It turns out that young Andrew’s mother had given him a David Robinson #50 jersey when Andrew was 8 years old. He has been a Spurs fan ever since – so much so that he travels the 7,000 miles on a fourteen hour flight from Australia to Texas every season to catch a Spurs home game. Each year, Andrew makes that flight, goes to a game, stays overnight – and flies back home to Australia.

So even though I located only one Spurs fan in the Land Down Under, I sure found a good one. If any of you wind up sitting next to an Aussie bloke at a Spurs game, make sure to ask him if he is Andrew, Australian Spurs Fan of the Year. If he is, make sure to say “G’Day Mate!”, and buy him an American beer. He deserves it.