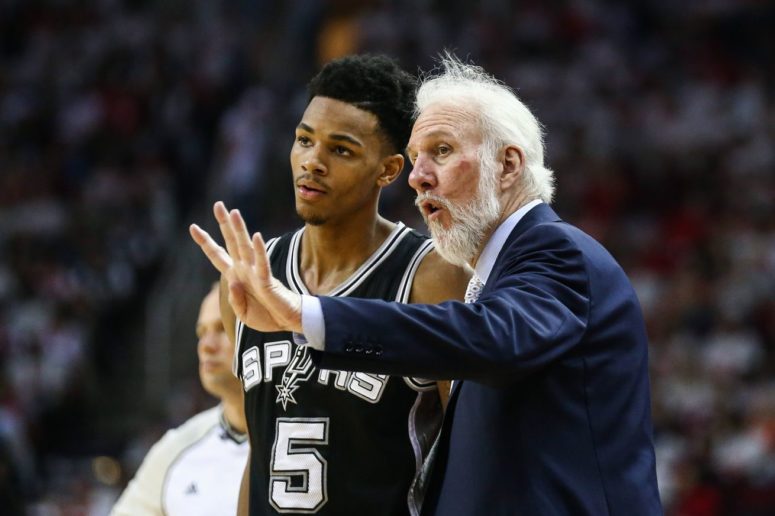 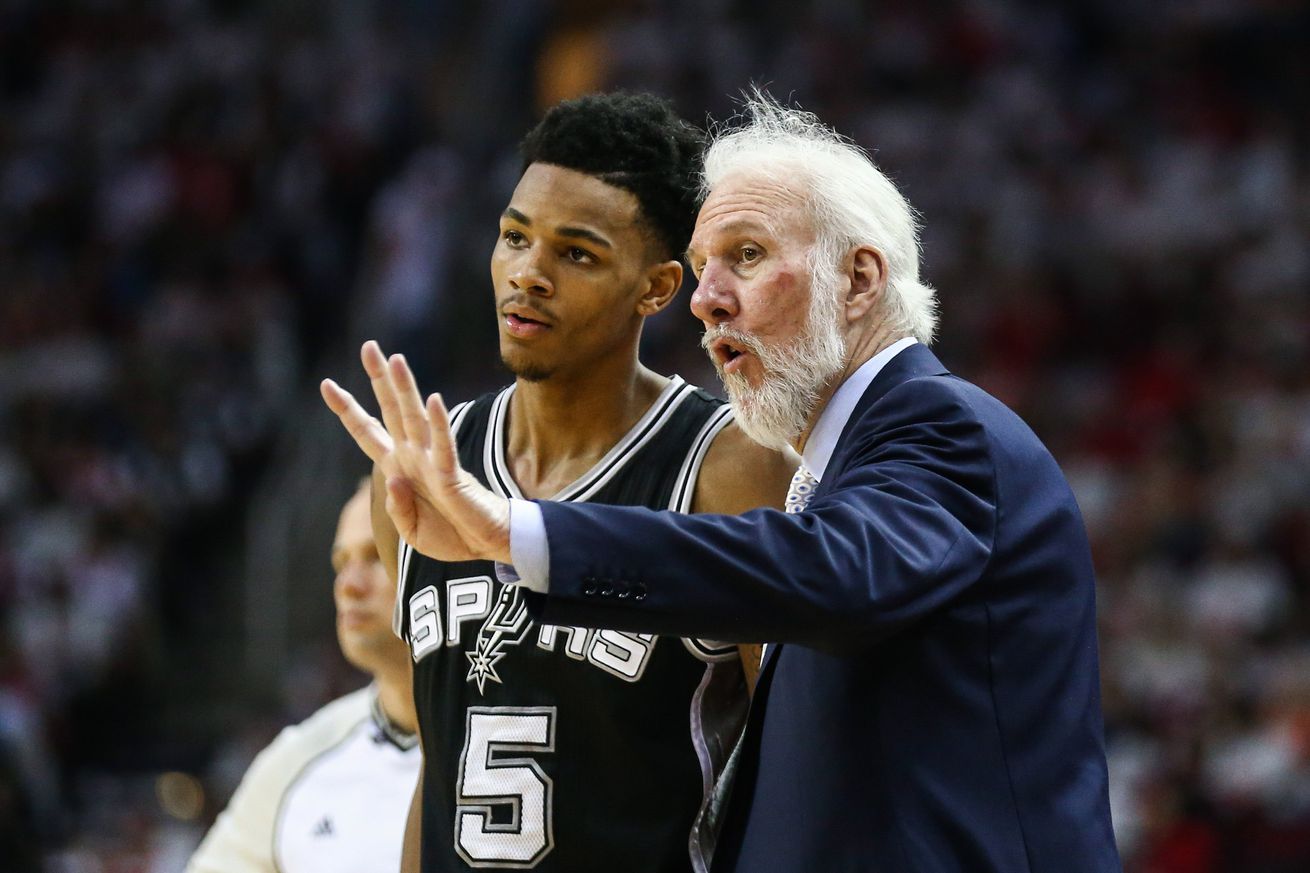 There’s a handful of starter-quality point guards the Spurs could chase this summer, but their own 20-year-old is coming along faster than expected. How should that impact what they do this off-season?

While we wait and see who opts in, who opts out and (sigh) who retires in the coming weeks, how the Spurs evaluate their point-guard situation will greatly influence this summer’s approach to free agency. Would PATFO actually gut the roster to make room for an aging Chris Paul? How much are they willing to pay to retain and promote Patty Mills? Should they settle for a stop-gap player as they shift their sights to the summer of 2018?

One thing’s certain: Tony Parker, the long-time starter who turned 35 earlier this month, won’t be there on opening night. Recovery from his torn quad tendon could keep him out this entire calendar year, and we don’t know how he’ll look when he comes back.

That leaves the young, spindly Dejounte Murray as the closest approximation to a healthy point guard the Spurs currently have on contract. Is he ready to be The Guy? I’m not sure, but his accelerated ascendancy should at least give the team pause before they decide to invest major resources elsewhere.

Murray sped up his development timeline

Very broadly speaking, you can see the similarities between the team’s situation now and in 2001. That’s when the Spurs parted ways with 35-year-old Avery Johnson, as much a part of the franchise bedrock as anyone, and handed the keys to Parker. That he, like Murray, was a 19-year-old selected at the end of the first round only adds to the déjà vu.

Despite those parallels, Murray came in with a very different profile from Parker, who had a unique combination of polish and professional experience as a teenager entering the NBA. Murray was clearly more of a project who, like many other Spurs rookies, needed a good balance between spot minutes in San Antonio and development in Austin.

But you can also forget the long-gestating, Cory Joseph arc that many of us envisioned Murray undertaking. A better analogue may be George Hill, whose instincts and measurables allowed him to contribute defensively early on. Hill also happened to make a big leap in his second year, in part thanks to an injury to Parker.

Offensively, Murray leaned a lot on his killer first step last season. When it couldn’t get him all the way to the rim, he used his floater as a fall-back option. We saw both when he got the start against the defending champs in January.

Despite mediocre rookie averages, Murray’s numbers as a starter were solid. In eight regular-season starts, he put up 9.5 points, three assists and three rebounds on 51/42/85% shooting. Although rarely asked to do much, he had his moments in almost every game, showing a good balance of decision-making and aggressiveness.

Then came the playoffs, and a Parker injury during the Rockets series that forced the rookie into a bigger role. He started two games against Houston and played in 11 games overall. After playing less than 10 minutes against Memphis, Murray got plenty of reps matched up against two-time MVP Steph Curry and human/wolverine hybrid Patrick Beverley, and rarely looked rattled.

Better yet, we saw marked improvement in a number of areas. We watched his length finally transfer to more steals (1.5 per game) and better team rebounding, as he put up one of the best defensive ratings for the Spurs through the playoffs.

Plus, he showed more confidence in his ability to attack the basket and use his length the right way to finish. Whereas contact seemed to force him into an awkward lower release earlier on, he showed no fear in attacking Andre Iguodala off the dribble and no trouble in finishing when the bigger defender would contest at the rim.

Is Murray a pure point guard?

While positional designations are becoming less important these days, at least offensively, I don’t want this question to come across as all too important. And given Kawhi Leonard’s growth as a creator, a traditional starting point guard may not even be that much of a priority.

Still, knowing what kind of player Murray can vector towards is important for team-building purposes. With Parker, Gasol and Green all coming off the books in 2018, isn’t next season a good opportunity to better evaluate what the Spurs have?

A top-flight point guard would look great in the Spurs’ system, but it would mean less minutes for Murray, whose development now may depend more on reps in San Antonio than in Austin. Then there’s the financial issue.

Paul, Kyle Lowry, Jrue Holiday and George Hill all figure to get paid nicely — if not by their own team, then someone else. All but Holiday are 31 or older, which limits the championship window, and the cap mechanics to accommodate them would likely require having to ship off two of LaMarcus Aldridge, Pau Gasol, Danny Green or Parker (check out Jesus Gomez’s excellent piece for all that would have to transpire for a Paul deal to take place). Not to mention that such a move would also sacrifice cap flexibility in 2018, when the front office might prefer to re-shape the team.

Betting on Murray doesn’t mean punting the short term. If Mills can be re-signed for the right price, he could be a fine placeholder while Murray comes into his own. If the Aussie gets a bigger offer elsewhere, the point-guard pool of free agents is fairly deep, and the Spurs could probably find another caretaker for the time being.

The team will find a way to 55-60 wins, because that’s what it does. And in the long term, who knows — the Spurs could have their point guard of the future, plus a world of cap space to play with.