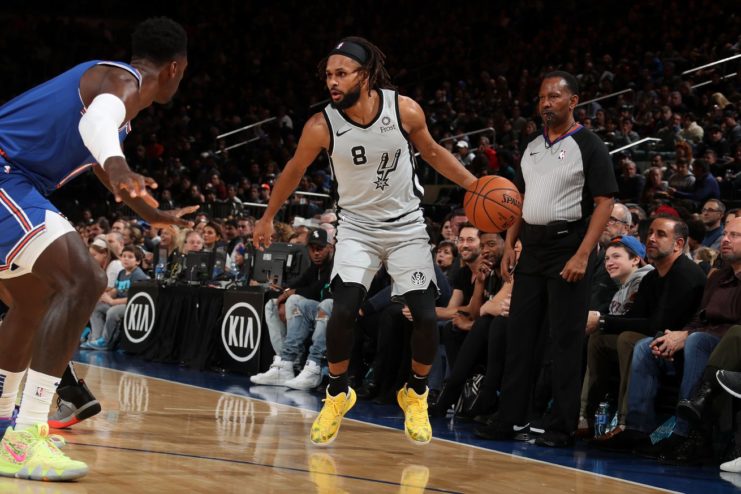 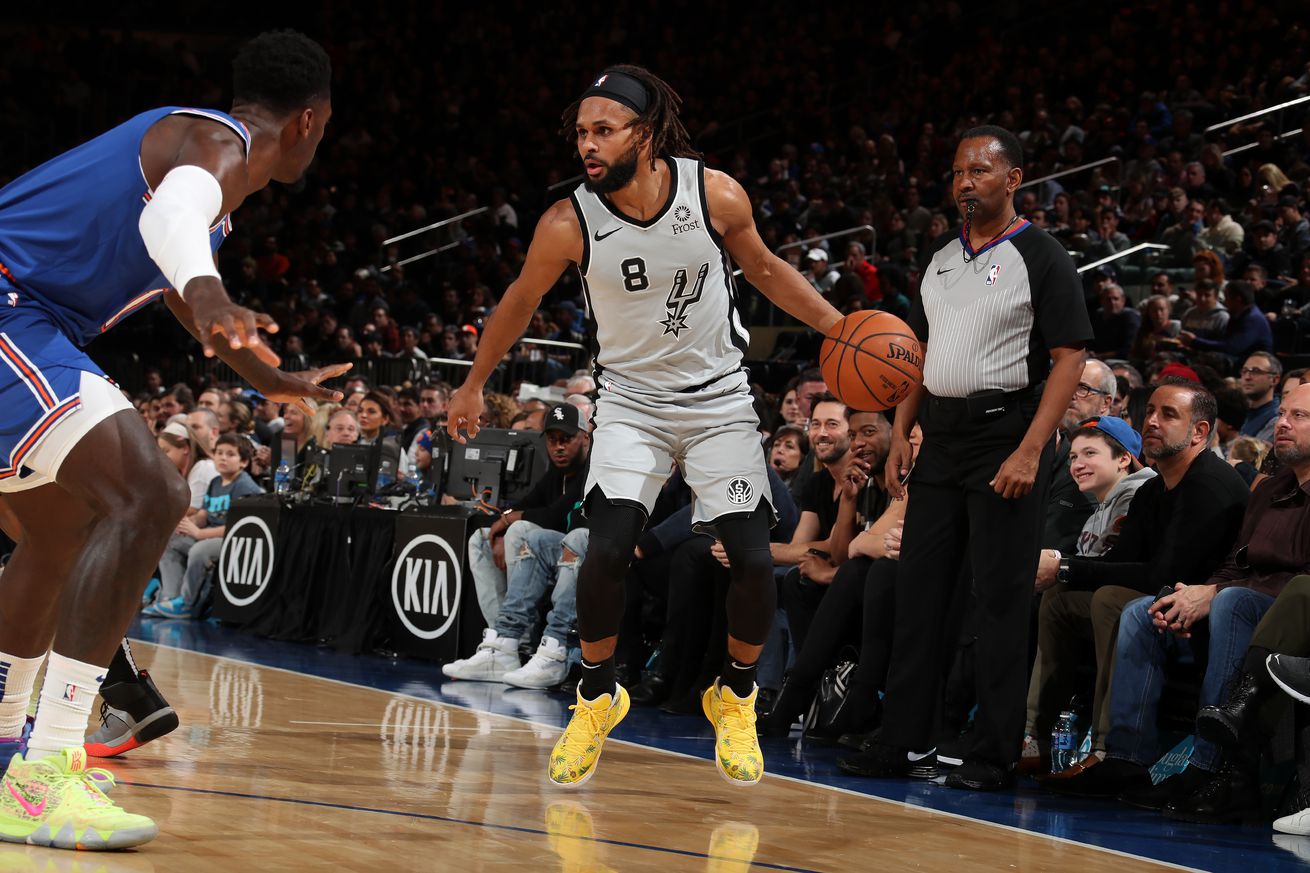 Even with the Spurs logjam at the guard positions, Patty has risen from the pack.

Right atop the list – albeit a short list – of success stories this season would be the play of Patty Mills. The Spurs value corporate knowledge more than almost any other organization in the NBA, and Patty is the longest tenured player on the Spurs’ roster. He’s also clearly the vocal leader inside the locker room. Even so, the impact of those things cannot be measured with analytics and is oftentimes overlooked when determining the importance of a player on a team. The simple truth is that most fans don’t care much about veteran leadership unless that player is continuing to produce on the court.

I have been guilty of this thought process from time to time. I’m pretty sure I spent a good portion of the offseason talking about how Patty was going to struggle to find minutes in the same rotation with Derrick White, Dejounte Murray, Bryn Forbes, and Lonnie Walker IV all demanding minutes at guard position. I was happy that Patty was on the team, but at the same time felt that it was never good to have players eating up significant portions of the salary cap only to serve as a veteran leader.

Turns out Patty had no intentions of taking on a reduced role this season. He had an excellent FIBA World Cup this summer and has continued his hot play in the NBA season. His minutes have been comparable to previous seasons, and he’s been making the most out of them.

Patty is averaging 12 points in only 22 minutes a night, which would be a career high in points. He’s also having a career season in field goal percentage (49) and three point percentage (45.7). Patty is also doing a better job at finishing near the rim. His 65.2 field goal percentage inside the painted area would be his highest since the 2013-2014 season, and we all know how great Patty was in the last championship year. His true shooting percentage of 63.7 is easily the best on the roster.

Patty has been a major factor in the Spurs consistently having one of the best bench units in the NBA and this season is no different. His net rating of +8 is the best out of all the players on the Spurs’ roster who have played at least 100 minutes. With the starting lineup routinely falling behind early in games this season, a lot of the weight has fallen on the bench’s shoulders to keep the games within reach. So far they’ve done a great job of it, even though it hasn’t resulted in many wins.

Mills’ lack of size will always keep him from excelling on the defensive side of the ball, but with him it will never be an issue of effort. Most guards can simply shoot over him in one on one situations, but Patty has done a solid job of using his quickness to stay in front of his man. He’s also resurrected some of the “Tasmanian Devil” Patty from season’s past, sneaking around and stealing the ball from unsuspecting players. His steals per game is barely under one, which would also be a career best.

Patty was great against the New York Knicks, scoring 17 points on 6 of 8 shooting, including a perfect 5 for 5 from deep. His fantastic shooting was the result of some great ball movement from the Spurs, which I’d love to see more of, especially in the starting lineup. The Spurs have several players who are able to get their own shot, but it oftentimes leads to too many fruitless isolation possessions. Patty also did a good job of playing the passing lanes and even had a fantastic block on an attempted three pointer. It was an overall great night for Patty.

Maybe the fact that Patty has been one of the best players for the Spurs is the reason the Spurs are sitting towards the bottom in the Western Conference standings, but that’s more of a reflection on the other players on the roster than Patty. If I were Pop, I wouldn’t completely rule out inserting Patty in the starting lineup on a more permanent basis. I understand that Patty likely excels due to the ball movement of the bench unit, but it seems worth experimenting with. Patty has said that the main reason he’s been able to find success this season is that he has played off ball a lot more with Derrick White running point. Mills wouldn’t be required to do too much ball handling with the starting unit.

The other reason Pop might consider this move is because of Bryn Forbes’ struggles. His only real skillset is shooting, and this season he’s only making 35.9 percent from deep. Forbes is not really a starter in the NBA. Maybe Patty isn’t either, but when the losses mount, changes are often made. Forbes may have a few inches on Patty, but Patty has proved to be the better defensive player. There’s no easy fix to make the Spurs a good defensive team with the current roster, so I’d like to see Patty get a shot at helping the starters try to keep pace with the opposition offensively.