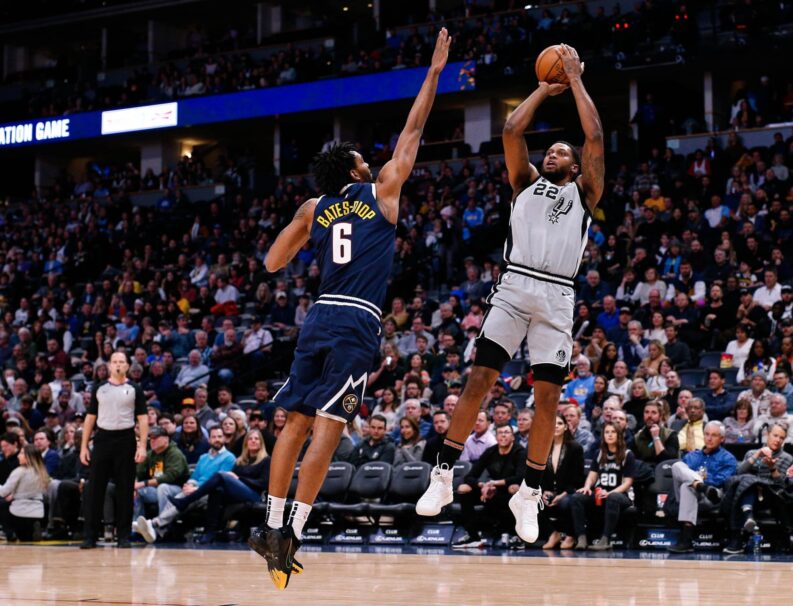 The next in a long line of reclamation projects for the San Antonio Spurs, former Ohio State forward Keita Bates-Diop is next in line to join the storied organization. a 6-foot-8 perimeter player who moves well and possesses a range of skills, Bates-Diop was recently waived by the Denver Nuggets to accommodate other moves.

According to Yahoo Sports’ Vince Goodwill, Bates-Diop is heading to the San Antonio Spurs on a two-way contract that will place him with the Austin Spurs developmental program in Austin.

Forward Keita Bates Diop agreed to a two-way deal with the San Antonio Spurs, per sources

Considering how quick the team was to pounce on this signing, Bates-Diop must’ve been on the Spurs’ radar for some time now. He only appeared in four G League games in the previous season but over two years and 20 games, he’s shot 40-for-104 from 3-point range — 38.5 percent.

There are many tools in Bates-Diop’s bag including a decent handle, solid passing within the context of his team and underrated rebounding ability. I can understand why the San Antonio Spurs might be interested in a player like him and getting him on a two-way contract was a steal. However, the fact remains that the San Antonio Spurs’ offseason is setting up to be a real snoozer without a truly impactful player joining via free agency.

Bates-Diop has the makings of a potential role player for years to come, but nothing’s guaranteed in this league and he’ll need to fight to make that dream a reality. Considering his lack of impact through the early portion of his career, it wouldn’t be surprising if Bates-Diop doesn’t reach the heights the Spurs’ front office clearly believes he can hit. That doesn’t mean it’s not worth a try.

Though he’s not the greatest defender or athlete, Bates-Diop works his tail off and plays the game the right way. He’s a crafty individual who makes opponents uncomfortable by slowly and methodically picking them apart. With long strides and strong court awareness, Bates-Diop does an excellent job of taking opponents off the dribble and finishing off the glass inside.

If LaMarcus Aldridge is a full-time center as we suspect he’ll be for the remainder of his time in San Antonio, then the Spurs don’t have a surefire player to man the power forward position. There’s confidence in Trey Lyles‘ ability to play that role and Luka Samanic should be valuable in the future, but we only have “if’s” — Not “when’s.”

Next: 25 players you may have forgotten were Spurs

Bates-Diop is another “if” for the San Antonio Spurs — Let’s see how he adapts to his new team.