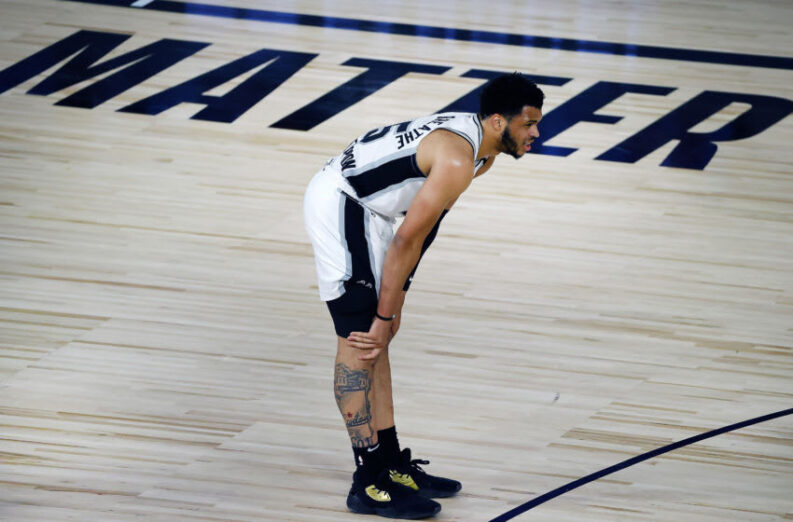 Adrian Wojnarowski reports that the San Antonio Spurs will bring combo guard Quinndary Weatherspoon back to the program on a two-way contract.

Another domino has dropped in the San Antonio Spurs’ anti-climactic offseason. According to ESPN Insider Adrian Wojnarowski, the team is using one of its two annual two-way contracts to bring back former Mississippi State combo guard Quinndary Weatherspoon.

Guard Quinndary Weatherspoon is returning to the San Antonio Spurs on a two-way contract, his agent Daniel Hazan tells ESPN.

A 24-year-old floor general with a noteworthy feel for the game and a solid physical profile, Weatherspoon averaged 14.8 points, 4.8 assists and four rebounds per game in 36 G League games last season. He then got his feet wet as one of the young players who benefited from the experience inside the Orlando bubble, playing serious rotation minutes against top-tier talent in the eight seeding games.

This is good value for another solid second-rounder from the Spurs last year. It’s too early to call Weatherspoon’s long-term fit with the team, but we’ve seen enough to suggest this is was a good decision. Essentially, the San Antonio Spurs are using their two-way contracts as a two-year developmental program for much of their young talent. Most other teams rotate two-way players relatively quickly, but San Antonio gets the fullest use of their annual two-way deals.

At this point, Duke point guard Tre Jones is still unsigned, but could very easily occupy the team’s second two-way deal. Having that competition could help drive one of these players to emerge as the next leader of the San Antonio Spurs’ second-unit. Plus, the team wouldn’t allocate one of these limited deals if they didn’t truly believe in Q’s talent.

The point guard position remains clogged for the Spurs — Even working under the expectation that Derrick White plays point guard from the two-spot. Unless something dramatic happens, Dejounte is the projected starter and Patty Mills is still ahead of Weatherspoon in a normal setting. There’s just not enough room for Weatherspoon to slot into the rotation without someone better sacrificing their talent.

It’s also worth noting that we don’t know what two-way contracts will look like this year. The entire G League season is in flux without much clarity, so for the time being, two-way deals may just constitute extra roster spots with a few asterisks in the way. Regardless, it’ll be good to have Weatherspoon around to continue growing and adapting to pro basketball.

Next: 5 remaining free agents to target for final roster spot

When the Spurs’ front office sees something in a player, who’s going to tell them otherwise?