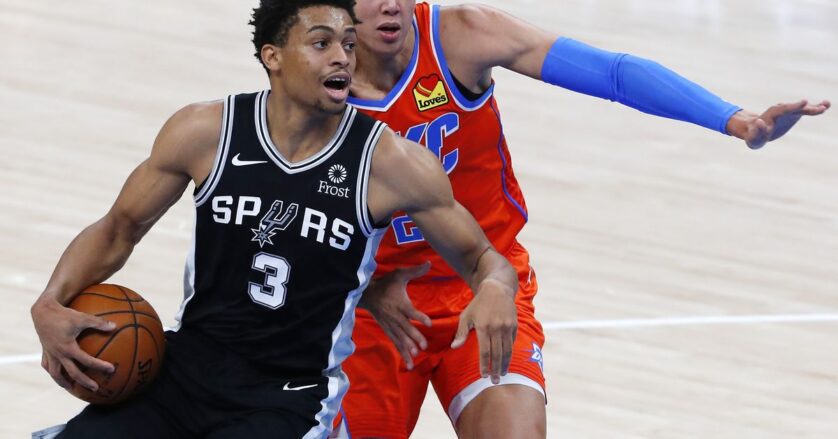 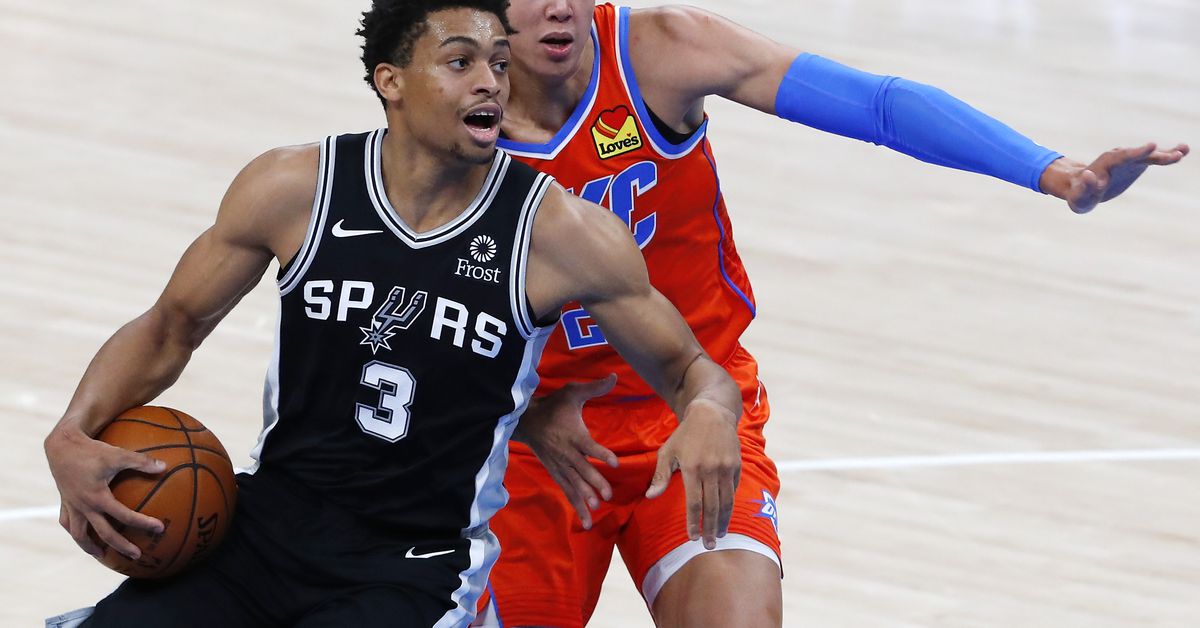 The Spurs closed out a demanding, but successful, five-game road trip with a win over the Thunder thanks to heavy minutes from the starters and six different players scoring in double figures. Lonnie Walker IV and Keldon Johnson led the way scoring 24 and 18 points, respectively. Additionally, LaMarcus Aldridge notched a double-double, scoring 13 and grabbing 10 boards. For the night, the young players stepped up and filled in admirably for DeMar DeRozan, who was out for the second time this season, and this time they didn’t need him to close out the game.

Much has been said about Walker’s smooth moves on the court, but the fluid arc on his three-point shot is thing of beauty as well:

His 49 combined points over the last two games is a career-best and the first time he has scored 20+ in consecutive games.

Keldon Johnson showing his power move in the paint and showing off his strength in holding onto the ball even after it was temporarily swiped from his grip:

Somewhere, Chubbs Peterson is saying, “Just tap it in.” That and “[Darn] alligator BIT my hand off!” Here, LaMarcus Aldridge tapped in a nice assist to Walker:

Dejounte Murray with the nice hesitation move to get a bucket off of Aldridge’s screen:

I could be wrong, but I feel like we’re seeing more fast breaks off of blocks and defensive rebounds compared to last season. Aldridge starts the mad rush with a block and Walker finds a streaking Trey Lyles for the lay up. You love to see it:

And last but not least, the full game highlights:

Next up, the good guys head back home to take on the Houston Rockets on Thursday, January 14, 2021, which is also my daughter’s first birthday (Happy Birthday, Xiomara!).