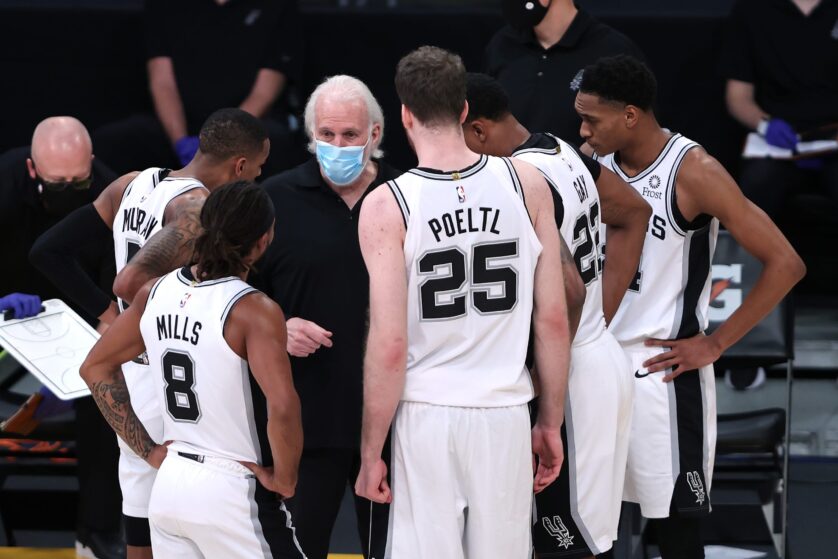 After 11 games, we can finally address an important question about the San Antonio Spurs: How are they meeting our expectations of them so far?

While it’s early and we’re still only 15 percent through the 72-game slate, there’s enough early information to check in on some offseason expectations of the San Antonio Spurs. Now sitting at 6-5 after 11 games, let’s examine some ways they’ve met, exceeded, or failed to meet expectations.

Expectation No. 1: The Spurs will be an above-average, slightly above the middle of the pack team.

Reality: Yes, but with a major caveat

The Spurs are currently 6-5, placing them eighth in the Western Conference, as close to “slightly above the middle of the pack” as possible. But in the NBA, momentum is everything, and the Spurs are undoubtedly trending upwards by playing their best basketball of the young season.

San Antonio’s 125-122 overtime thriller over the Timberwolves gave the Spurs their first three-game win streak of the year after starting the season 2-4. Moreover, these were three quality wins, as they took down both L.A. powerhouses, first with a 106-103 win over the Clippers, followed by a 118-109 victory before the Minnesota win, a game where the Spurs remained poised until the end and hit clutch shot after clutch shot.

This is not to say the Spurs are already dark horse title contenders. The teams they played also were not playing their best basketball and were sporting stars still recovering from injuries or missing key players altogether. Still, this promising upswing has shown the ball movement, shooting, competitiveness, and poise are there for the Spurs to make a splash this postseason.