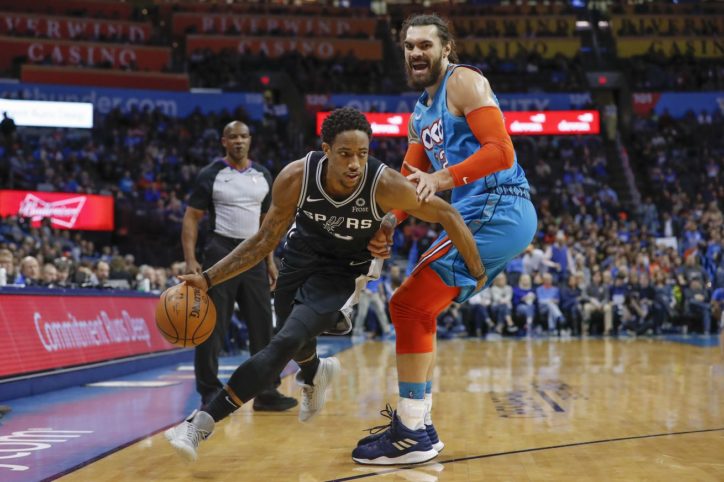 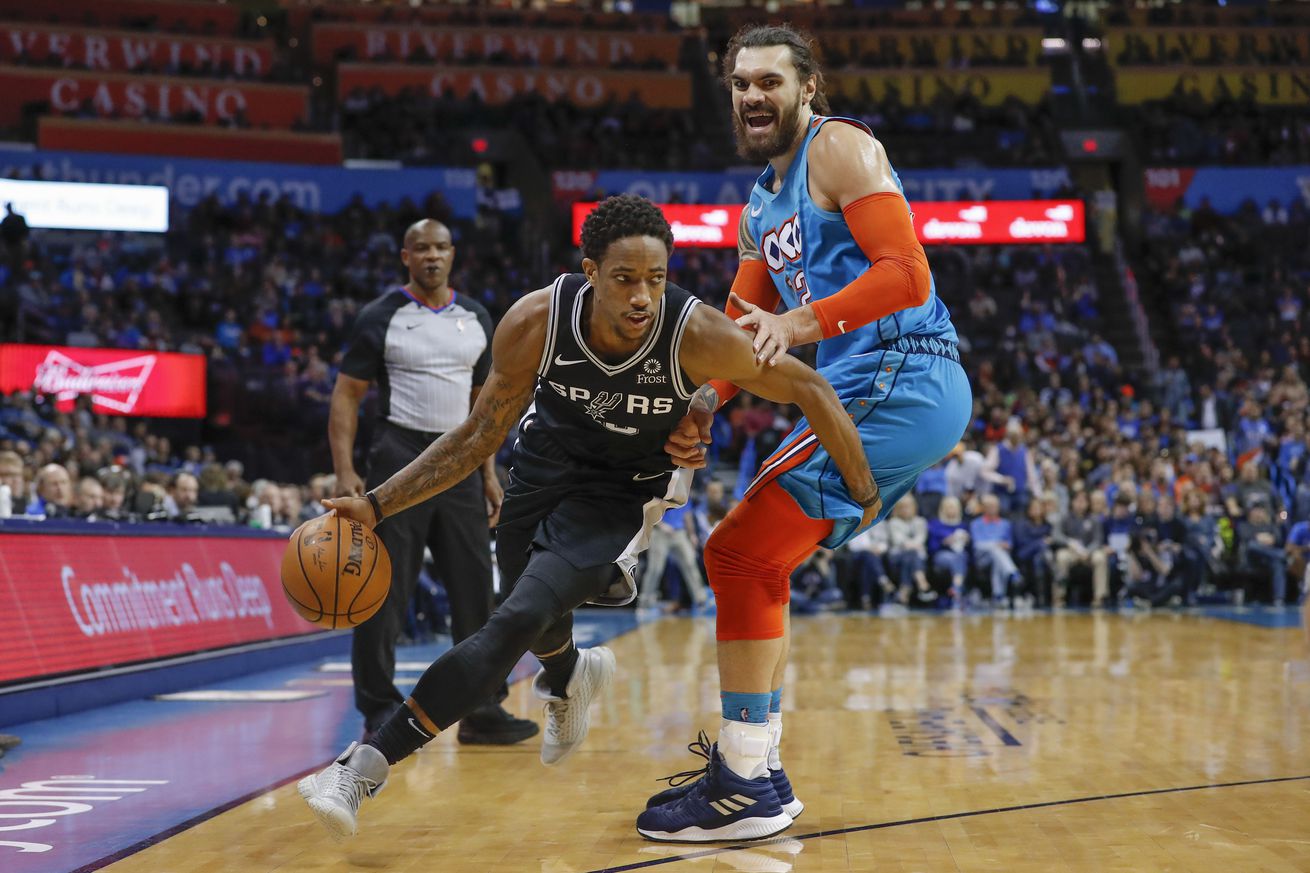 After playing one of the most entertaining games of the year just two days ago, the Spurs and Thunder met again, this time in Oklahoma City. In a much less remarkable yet still fun matchup the home team got its revenge, riding a dominant second half to a 122-112 victory.

It’s a real shame that the schedule forced these two teams to face each other while the exhaustion from their two-overtime thriller was still palpable. From the start it was obvious that anyone hoping for a repeat performance by either squad was going to be disappointed. The players were too drained, both physically and emotionally, to post historic numbers. The recency of the previous meeting allowed coaches to go into the rematch more prepared to counter what had worked earlier in the week. Neither squad was going to be at its best for the full 48 minutes. The winner of the second leg of this home-and-home was going to be the team that could pounce on its opponent’s mistakes at the right time.

While that ultimately proved to be the Thunder, early on the Spurs were the ones that seemed on their way to back-to-back wins thanks to a simple but effective game plan. On defense they were taking away the easy points that the Thunder need to prop up their middling half court offense. They were daring Russell Westbrook and Paul George to fill up on pull-ups and securing the rebounds on the misses, preventing second chance opportunities. They were also taking good care of the ball, limiting Oklahoma City’s fastbreak buckets. On the other end San Antonio was feeding LaMarcus Aldridge and counting on the bench to provide a boost from beyond the arc. The strategy worked well enough to allow the Silver and Black to have a nine-point lead going to the break.

Unfortunately the Spurs lost control of the game early in the third quarter. Some uninspired play and careless turnovers allowed the Thunder to cut the deficit rather quickly and without exerting much energy. That stretch completely changed the flow of the matchup. After sticking to his plan in the first half, Pop had to adjust his rotation to stay afloat. Aldridge and especially DeRozan looked exhausted while the Thunder’s stars gained confidence. San Antonio’s bench, after helping hold off the first run, simply couldn’t keep up with the fresher OKC’s backups. Dennis Schroder in particular came alive and no one could check him. The Spurs did enough to stay in it after three quarters but were clearly no longer setting the terms of how things were playing out.

There was no reaction in the final period. Marco Belinelli tried to power one, but the rest of the team seemed to lack the energy to stage a comeback. The Thunder deserve credit for closing the game decisively, riding Schroder’s hot hand first and hitting timely shots later to force Popovich to empty his bench down 16 with four minutes to go. It was definitely the right decision. The Spurs were too tired, too disorganized, too dispirited by then to pull off some miraculous run.

While Saturday’s game didn’t end with a win, it’s hard to be too broken up about it. It wasn’t a bad loss, like the ones the Spurs used to have earlier in the season, and it came after a crazy, exhausting victory at home against the same opponent. Ultimately, the Spurs not only got the split with one of the best teams in the West but also looked to be at the same level as them for the majority of two games.

There’s an intrinsic weirdness to home-and-homes that always makes it hard to take much away from them, but the Spurs are probably happy about how this one went, all things considered.

Up next: Vs. Hornets on Monday