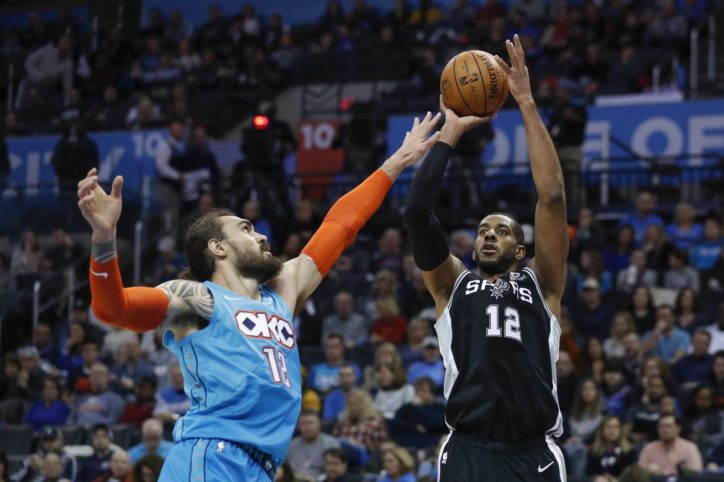 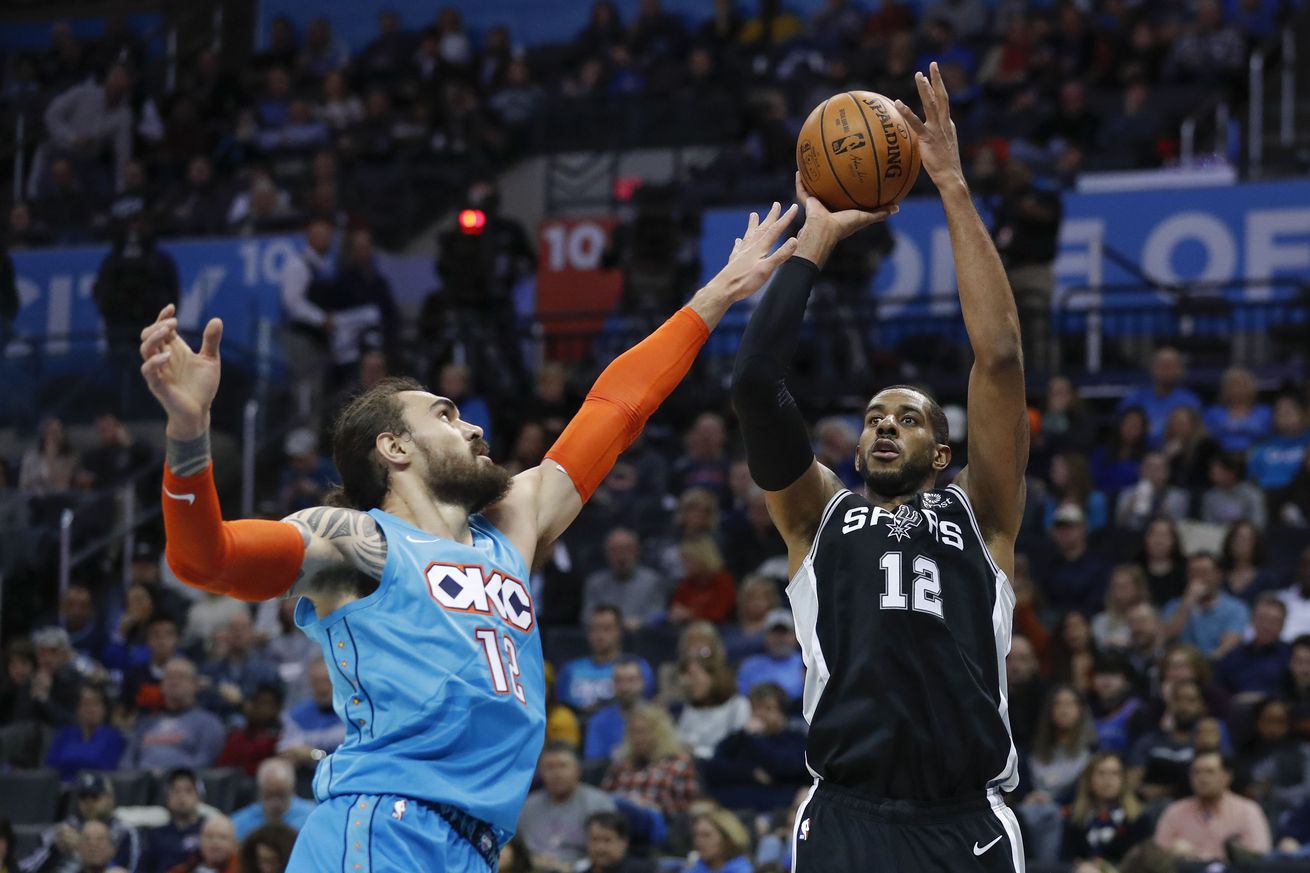 The Spurs had 3 home-to-home series this season. The Los Angeles Lakers, Denver Nuggets, and the last two games which were against the Oklahoma City Thunder. In all three cases the home team won.

There were two teams where there was a modified home-to-home. Bookending the Lakers games were two Utah Jazz games just five days apart (December 4th and 9th). And the game before this OKC series was the second match-up between the Spurs and Memphis Grizzlies in five days (January 4th and 9th). In both of those instances the same outcome, the home team won.

So the easy answer is that teams to better at home.

But is there a deeper, more significant extrapolation from this style of scheduling? In these cases, all the match-ups were Western Conference, so it can illicit playoff pairings previews.

In the Lakers pair, DeMar DeRozan was the scoring leader in both with over 30 points, LaMarcus Aldridge was the rebounding leader with 9 and 8 respectively. The key stat difference was the increase in assists, by DeRozan in the Spurs home win. Also, LeBron took over the 4th quarter at the Staples Center and erased a Spurs lead. Two days later, the Spurs returned the favor outscoring the Lakers in the 4th by 23 in the final frame alone.

With Denver, DeMar led the Spurs in scoring at home with 30, but was held to 15 in Denver, leaving Aldridge to lead the team. That 15 points is significant. t should be noted that Derrick White took over for his home crowd, but it was not enough to earn a W.

And in the OKC series, well LaMarcus scored 56 points, but neither he nor DeRozan were the scoring leaders in game 2 last night. That was held by Marco Belinelli with 24 points. Assists were down from 11 to 4 for DeRozan, but then again, the first game had an added 10 minutes.

So that’s just a few noticeable differences based on the teams leaders. Scratching the surface shows how the Spurs key players were obvious factors.

What else did you see, Pounders? Is there significant adjustments being made in the second game to alter the outcome? Does home court really give that significant an imbalance? Where do you stand on the home-to-home. We know Pop was not a fan, but did you like having the same team twice? Does knowing the opposition that much deeper make the game more interesting?