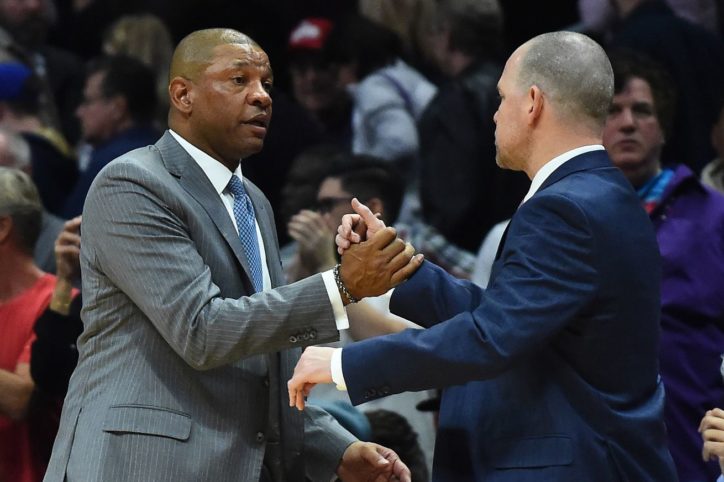 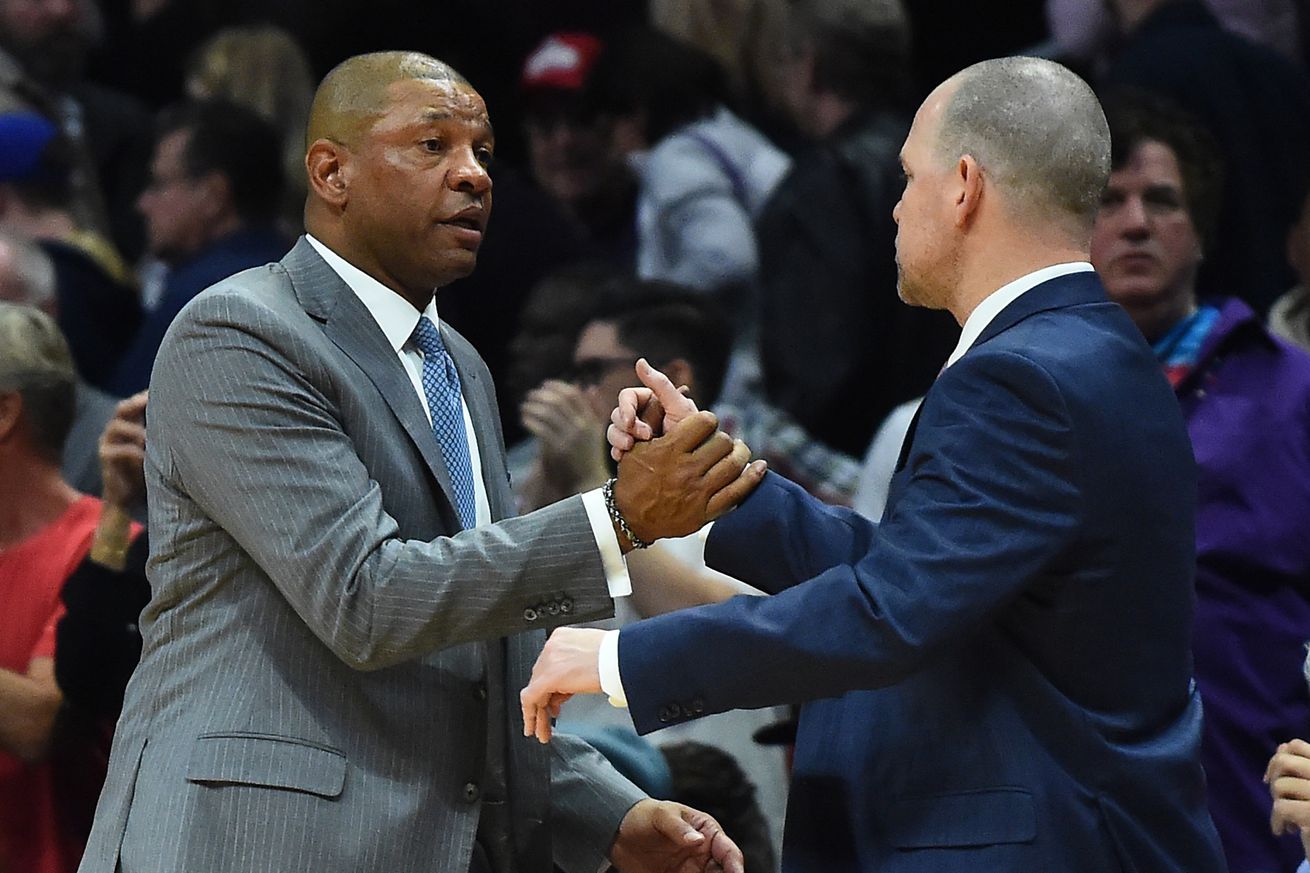 A former Spurs player, a former Spurs assistant, and the guy who knocked the Spurs out of the playoffs walk into an awards ceremony . . .

If an NBA player is named Finals MVP, he receives the Bill Russell trophy. If he is the league’s Most Valuable Player, he earns the Maurice Podoloff Trophy. And if a coach is named Coach of the Year, he receives the Red Auerbach Trophy, named for the storied nine-time NBA Championship coach. That’s nine titles in ten years. Add to that another seven as an executive and you have quite an impressive resume.

It is interesting that during that historic Boston Celtics run, he was only named Coach of the Year one time.

In the history of the award since its 1963 inception, eight coaches have won it more than once. Five of those- Gene Shue, Bill Fitch, Hubie Brown, Cotton Fitzsimmons, and Mike D’ Antoni- have each won it on two occasions. Shue won both with the Bullets (albeit with a change in the city). Otherwise, the other four earned the honor with different teams.

The remaining three repeat coaches have all earned Coach of the Year honors three times. Don Nelson won it twice with the Milwaukee Bucks and once with the Golden State Warriors. Pat Riley, despite his triumphs in Los Angeles, won it with three different teams over just eight years. The first with those classic Los Angeles Lakers, four years later with the New York Knicks, and another four years later with the Miami Heat.

And then, of course, there is Gregg Popovich. He’s the only coach to win the award three times with the same team. All three of his nods were in this millennium making him the most celebrated coach in the modern NBA.

None of this should come as a surprise considering his is the winningest coach in the history of the NBA. But it is still nice to point out that Pop has it going on. In a season that can be perceived a success as equally as a letdown (depending on your particular point of view), it is important to remember that Gregg Popovich took a bad situation and salvaged what could have been a rebuild into a bridge. He took a sad song and made it better.

This season, the NBA has chosen three distinct styles of coaching in their pursuit of the honoree. There is a chance that this year’s winner may be receiving his second award in this category.

NBA Coach of the Year

For the past few seasons, the Los Angeles Clippers have been primed and ready to implode. Issues with the health of the big three (back then it was Chris Paul, Blake Griffin, and DeAndre Jordan) eventually led to the sign-and-trade of CP3, a trade for Griffin, and the exit of Jordan in free agency. And yet the Clippers stayed competitive.

This year they traded their best player in what looked like an inevitable tank. But the Clippers gonna clip and that they did, fighting their way into the playoffs and sporting not one, but two, Sixth Man Award candidates in Lou Williams and Montrezl Harrell. This is just one aspect of why Doc Rivers is the fifth longest tenured coach in a fickle NBA.

This is his third team since his start in 1999. He won an NBA Championship as head coach of the Boston Celtics in 2008. Rivers was also previously named NBA Coach of the Year in 2000, his first season as a head coach.

Mike Budenholzer is also looking for his second COTY honors. After an impressive turnaround second season with the Atlanta Hawks, Coach Bud teared up at the podium and thanked his mentor of seventeen seasons in a classic moment, Spurs Coach Pop.

Budenholzer has a presumptive MVP in Giannis Antetokounmpo and together with a strong Milwaukee team, they led the league in wins this season. I know at the time of this writing things aren’t looking great for the Bucks, but win or lose Coach Bud should keep his head held high as he has done great things in Milwaukee. As it stands, he’s already been named Coach of the Year by the NBCA, the National Coaches Basketball Association.

Denver Nuggets’ head coach Michael Malone rounds out the category. In 2012, Malone, then in Golden State under Marc Jackson, was named best assistant coach by the NBA General Managers. Malone spent a little over a season in Sacramento as part of their ongoing 13+ year “rebuild” since the Kings made the classic move of not renewing Rick Adelman’s contract, thus waiving any future appearances in NBA postseason play.

Since 2015, Malone has increased the Nuggets win column by no less than 6 games each season and this year was moments from pushing the Portland Trail Blazers out of the playoffs en route to the Western Conference Finals. His squad is one of the youngest to compete this postseason and is assured to be heard from again.

We’ve been asking who your “Spurs” pick is in each of these columns, but it’s a little silly to ask which Spurs head coach was the best. So let’s vary the inquiry.

Spurs fans know there is only one true Coach of the Year, but we acquiesce anyway
Source: Pounding The Rock