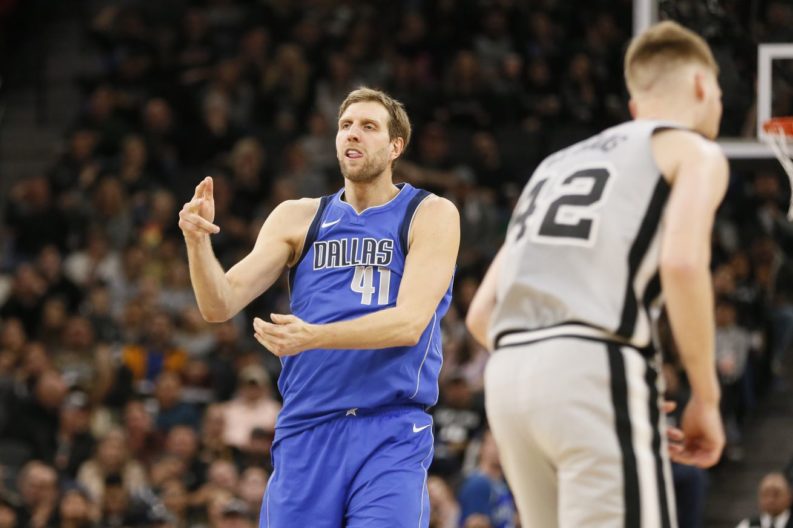 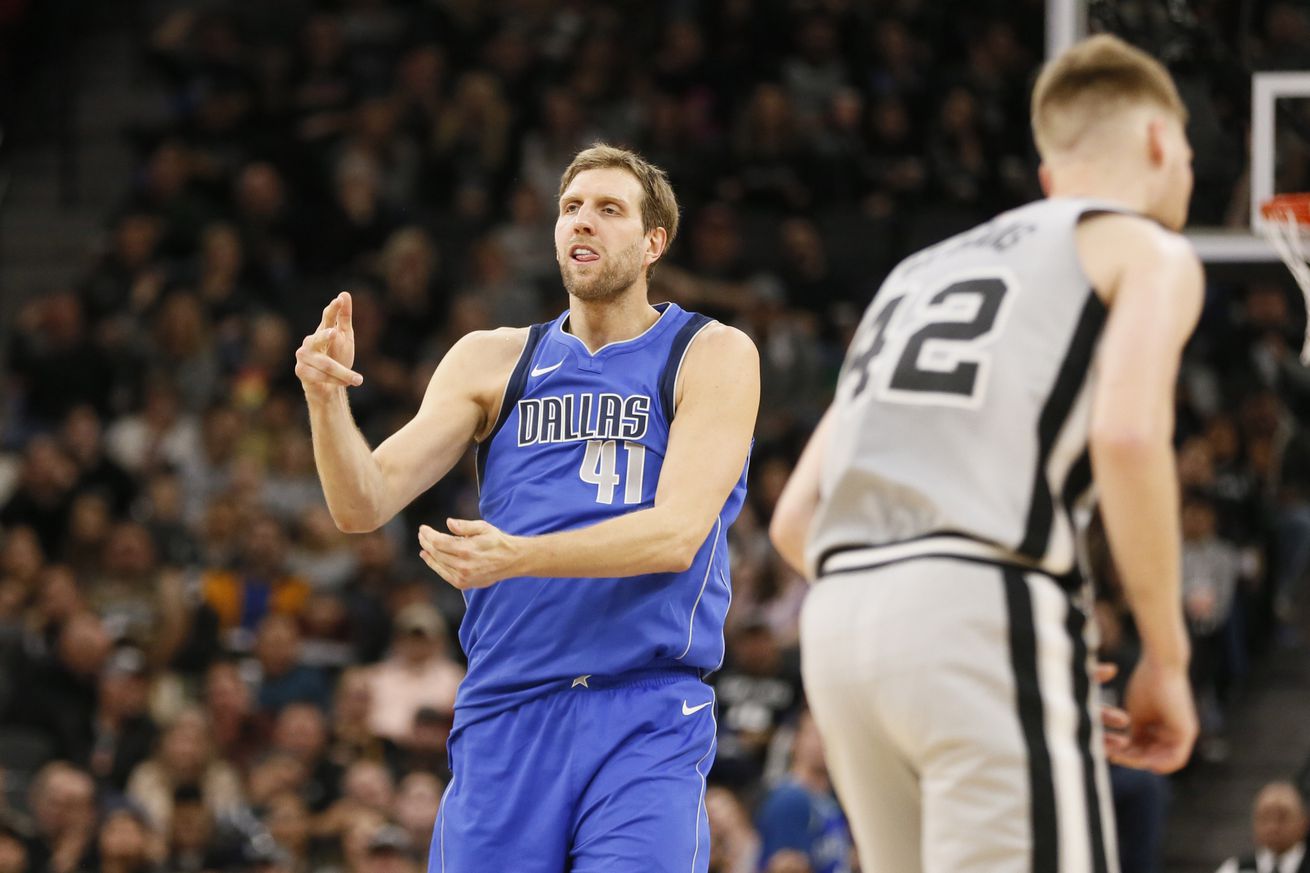 Welcome to the game thread. The Spurs face the Mavericks in what might be Dirk Nowitzki’s final trip to the Alamo City, at least until the final game of the season. It will be a chance to Spurs fans see the Mavs’ rookie sensation, Luka Doncic for the first time. The Mavs have lost three games in a row, but they’re still a dangerous opponent for the Silver and Black. Derrick White and Lonnie Walker IV are still out of the lineup with injuries, but they’re getting closer to returning. DeMar DeRozan looks to continue his record-setting scoring pace and while the Spurs try to win their second game in a row and keep their season record above .500.