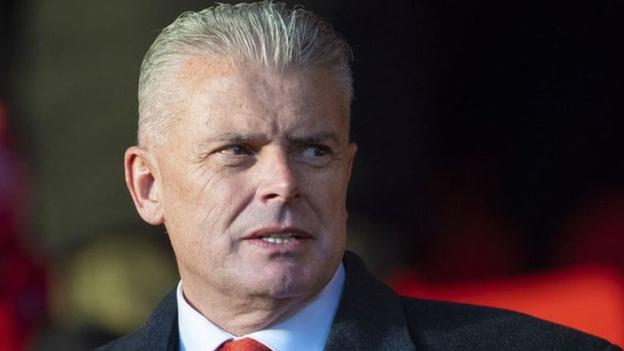 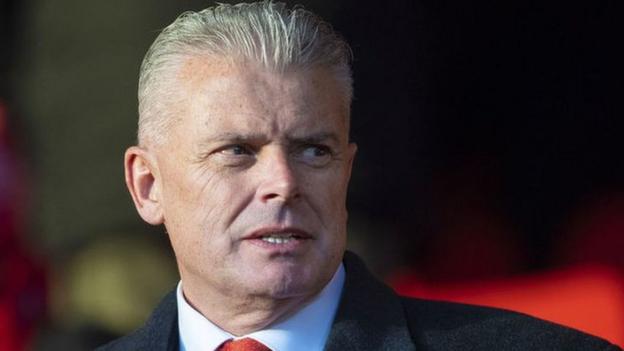 Aberdeen have echoed calls by Rangers and Hearts for an independent review into the SPFL’s voting process to end the lower league season early.

Dons chairman Dave Cormack said that SPFL chief executive Neil Doncaster informed him before the deadline that his vote was not required.

“I don’t have a problem with Neil getting involved,” Cormack told BBC Radio Scotland.

“Neil didn’t push us either way on the conversations we had.”

A total of 81% of Scotland’s 42 senior clubs backed the resolution to end the lower league season.

Cormack said he supports calls for an independent review into the process. “Yes, I would. I could almost repeat what [Hearts owner] Ann Budge has said.”

No decision has yet been made on the Premiership, with a Uefa meeting next week expected to provide clarity for top-flight leagues across Europe.

Cormack, who revealed his club is losing £1m a month during the pandemic lockdown, said: “He [Doncaster] absolutely understood that our position was that we wanted the Premiership clubs to decide.

“We were trying to negotiate a written assurance from the SPFL board that that was the case. Where we are now is that we’ve got the assurance that the decision to close the league, in the Premiership, will not be taken without full consultation of the Premiership clubs.”

Cormack added: “The sensible thing to do would be to take a deep breath and say: ‘Look, let’s get a temporary change in place for this coming season.’ Because, boy, we have so many other things to focus on.

“We’d be as well taking £1m out to the car park at Pittodrie and setting fire to it. Every month that this goes by, it’s costing us £1m and costing other clubs different amounts.”

The Dons chairman added: “Neil Doncaster and I had a Zoom [meeting] yesterday.

“The four key aspects for us are: how can we get back to playing football safely and survive; how do we end the Premiership; what is the task force and its terms of reference; how do we draw a line in the sand on this investigation on what happened.

“We can sit and talk for hours on what happened and why it happened – but look, it’s happened. We need to learn from this.

“I said to Neil: ‘If I were in your position, then I would show some contrition for what has happened.’ Clearly, it is a vote that was forced down our throats in many ways, and that’s obvious.

“I said to Neil that we want to see some clear leadership from the SPFL, setting out terms of reference for us to get back playing football safely. Let’s look at [playing games behind] closed doors.

“It all comes back to the 48 hours we were given [before voting on the SPFL proposal to call the lower leagues] and this needed a lot more time for discussion.”

Cormack says Aberdeen are in favour of an expanded 14-team Scottish Premiership for one or two seasons.

“We think that’s the fair thing to do for everybody,” he said.