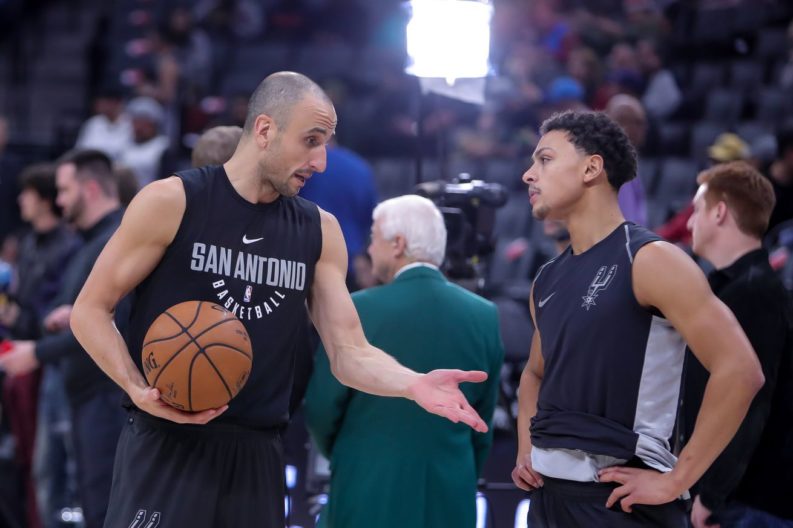 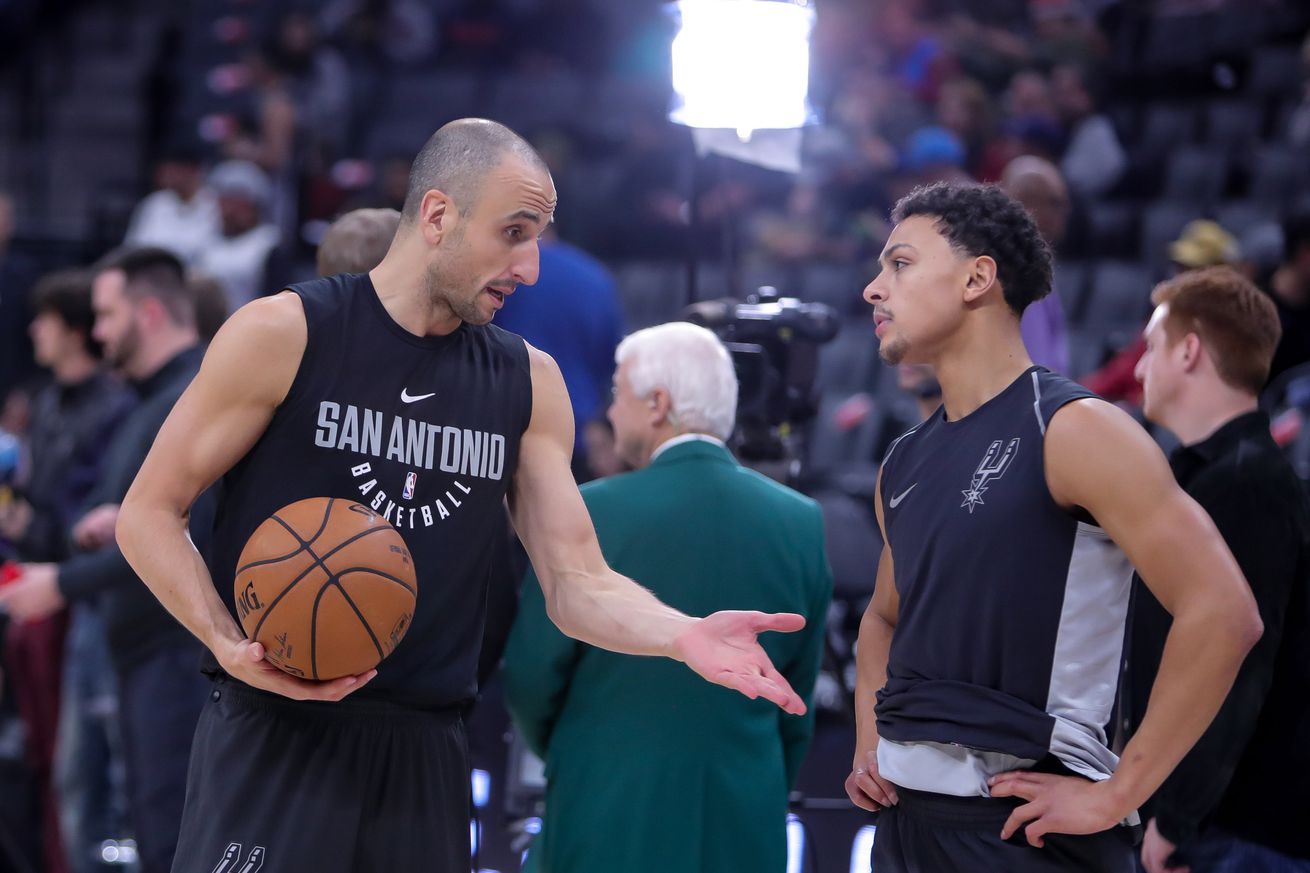 One of the reasons we love the Spurs is because of the sense of family that emanates from the team. The players are so close that they could almost be brothers playing a pick up game together. The older players mentor and support the younger ones like big brothers with younger brothers. Occasionally we get a glimpse of the Spurs in their roles as parents.

The video of Manu and his son Nico sitting on the sidelines in New Orleans prior to the Pelicans game shows a father and son having a conversation. Not sure what they were talking about, but it looks comfortable and familial — and ordinary. Like it’s the kind of thing thet happens all the time.

And then LaMarcus Aldridge had his sons, Jaylen and LMA Jr. on the court with him during shootaround prior to a game against the New York Knicks in San Antonio.

Watching LMA and his sons with their fist bumps, so similar to the ones he practices with his Spurs’ teammates, is heartwarming.

For me, these scenes of Spurs players and their children just provide another facet of the family atmosphere the team personifies. Even though we know that the NBA is a business, having this type of atmosphere on the Spurs makes me more of a fan. How about you?