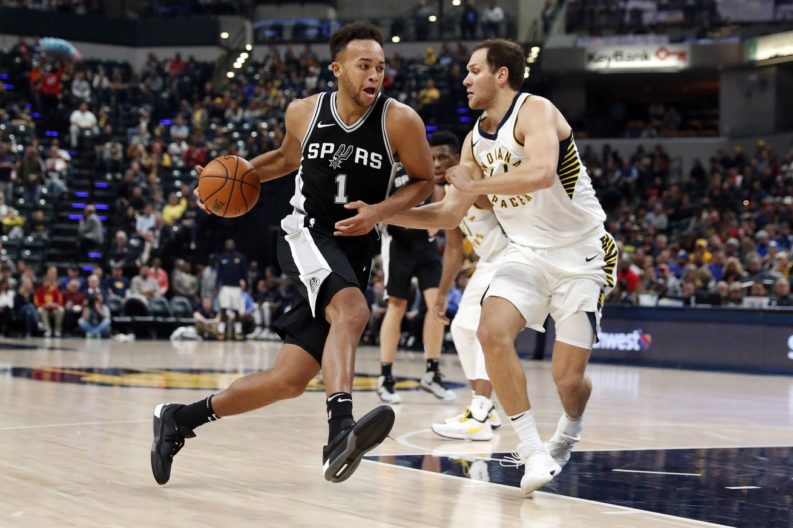 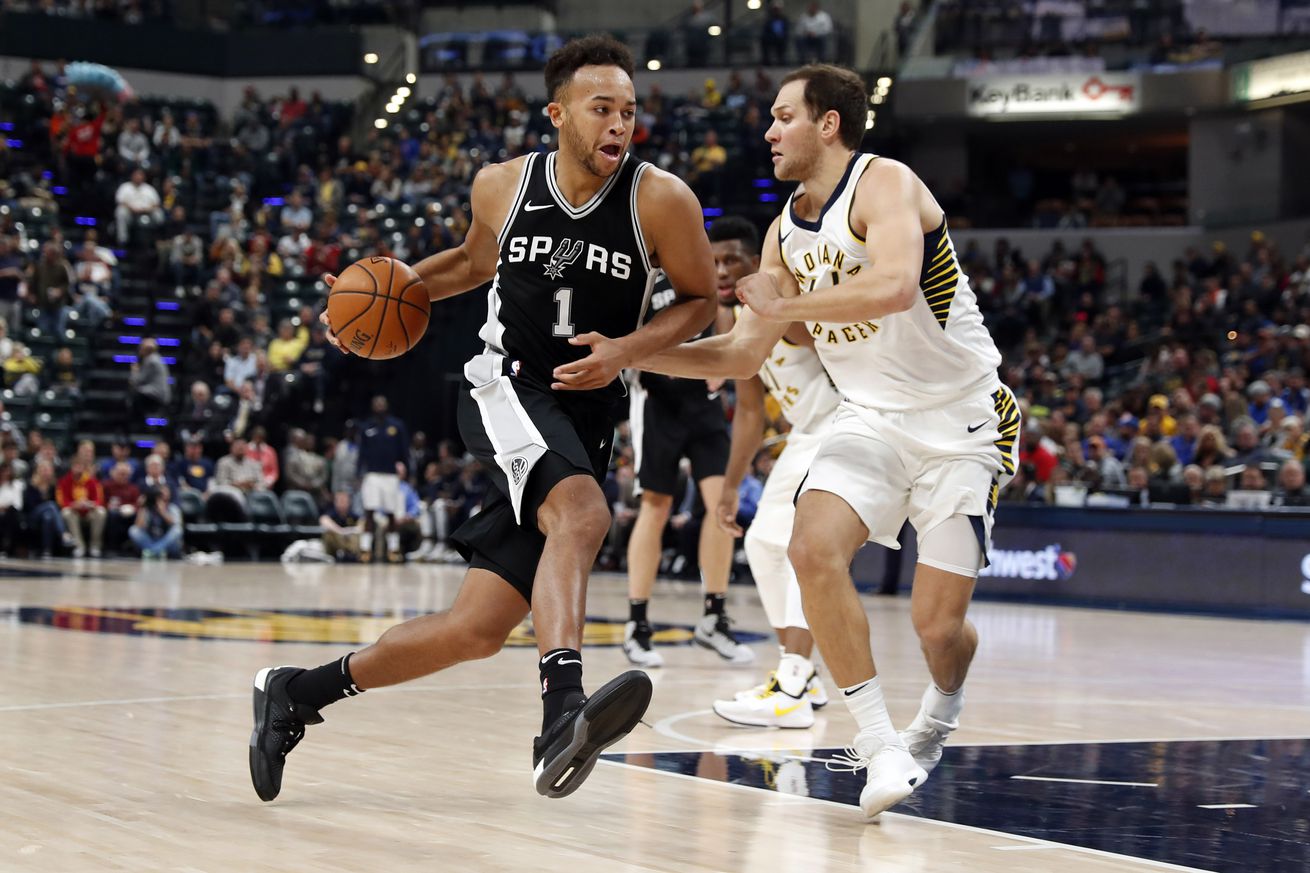 Can the road weary Spurs keep the home record intact?

After the failed comeback on Friday against the red hot Toronto Raptors, the Spurs head back to the States to face an Indiana Pacers team tonight who lost to the young and feisty Lakers. The Spurs still own the best home record, and they hope to keep it that way on Sunday.

The Pacers have been averaging 98.6 possessions a game, putting in the middle of the NBA pack, while the Spurs are tied for 28th with 96.7. With Victor Oladipo taking up the offensive responsibility while Myles Turner is out with a ligament and muscle strain that could see him miss several more games, the Pacers have been at 53.6 FG%. Lately the Spurs offense has been hard pressed to find buckets. While LaMarcus Aldridge has played at an All-Star level, the rest of the “healthy” roster needs to step up and help find more points. In the recent wins, LMA has had help from a variety of guys – Davis Bertans in Sacramento, Kawhi Leonard in the Nuggets game, and Patty Mills in Brooklyn. Who is going step up in this game?

If the guys in Silver and Black remember who has helped them stay in the top four in the West (Aldridge) and go to him early and often, it should open up some shots for the wings. It is time to see a break out game from Danny Green, Kyle Anderson or Bryn Forbes. And they should focus more on the high/low action of LMA and Pau Gasol.

But one area that the Spurs haven’t had any major issues, despite not having the two-time DPOY on the court regularly, is defense. The Spurs rank second in the league with a defensive efficiency rating of 101. If that defensive focus continues, it could help keep the good guys competitive while the offensive engine gets revved up. The Spurs bigs should have some work to do keeping Domantas Sabonis and Thaddeus Young off the glass. The guards will also have their work cut out for them keeping the Pacers’ wings – Bojan Bogdanovic and Cory Joseph – in check.