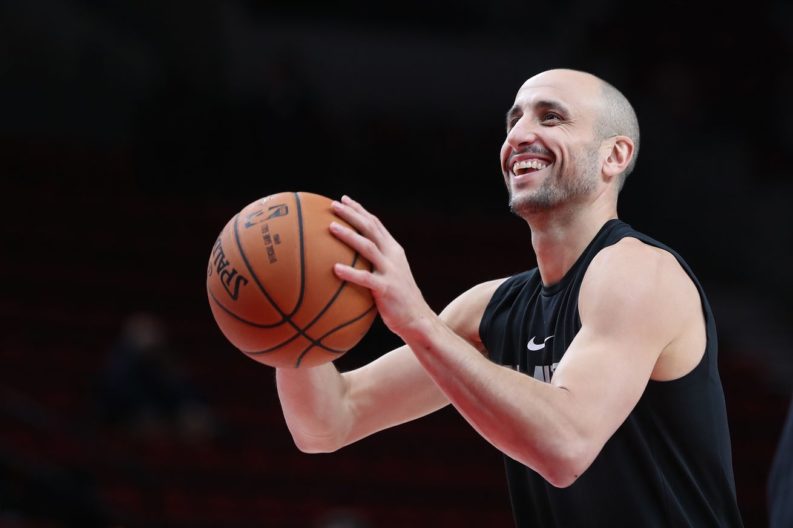 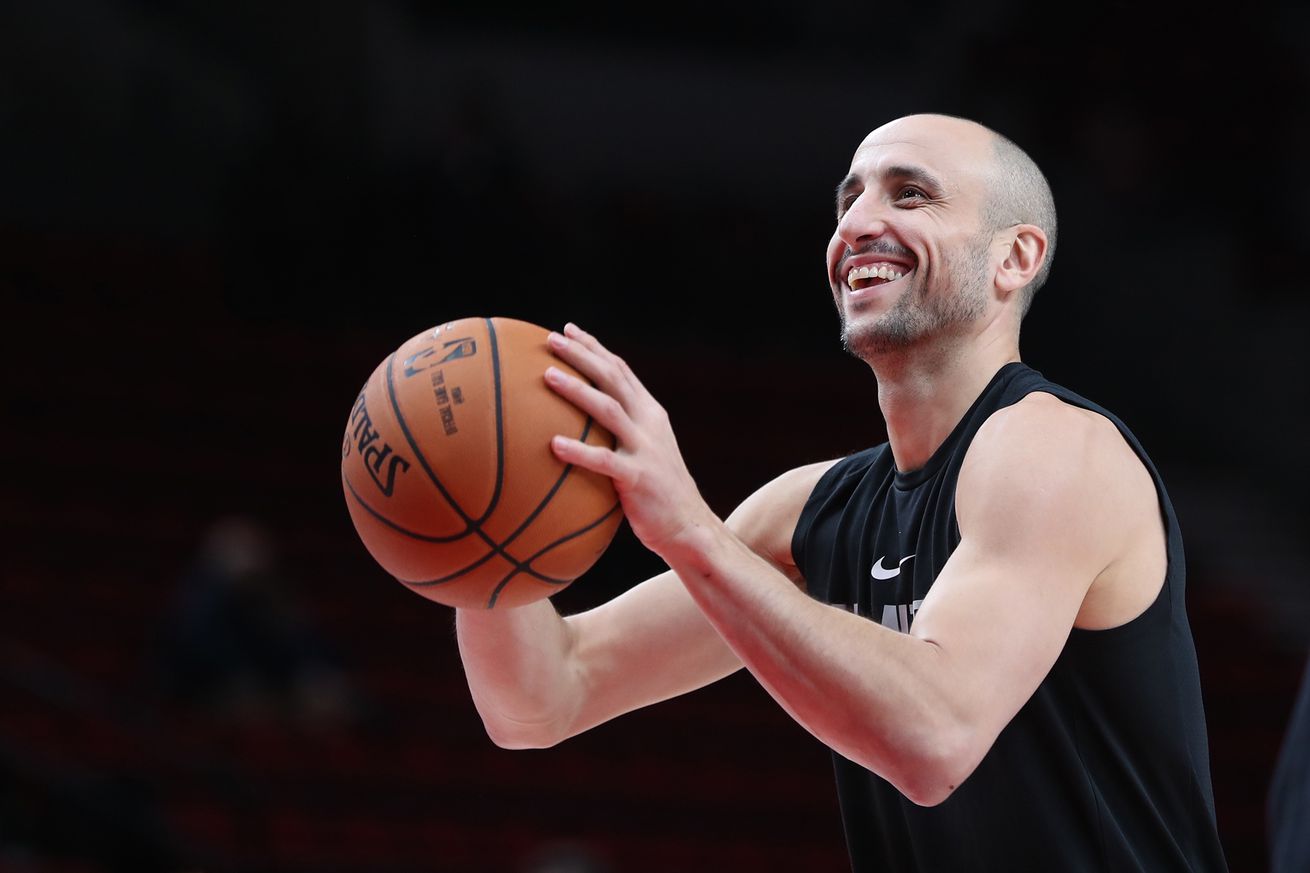 Ginobili pens another in a series of heartfelt and insightful articles for the Argebtina paper ‘La Nacion’.

In his latest column for La Nacion, Manu Ginobili offers his appreciation for the All-Star love shown to him, but remains modest regarding whether or not he belongs there. He also offers readers insights into his injury and the struggles the team is going through this season.

In reality I appreciate and am grateful for the time and effort that everyone gave to get me to the All-Star Game. I understand the love of the people and the generosity warms me greatly, but I believe that I don’t deserve to be even close to a position like that. It is a spectacle for players that have present achievements better than mine, like Curry, Harden, Westbrook, Klay Thompson, Jimmy Butler, Lillard, McCollum, Lou Williams, Chris Paul . . . They deserve it more, it is that simple. I already had my opportunities and I enjoyed them, because it is something fantastic to be a part of it, but today is the time for others. And the truth is that the All-Star Game isn’t a recognition of a career, it isn’t an Oscar or a Martín Fierro (Argentine award given out by the Association of Television and Radio Journalists or APTRA) of the trajectory, but it is a award for the best players of the current era.

I need to confess from the beginning, when the campaign for All-Star began, that I was a little amused to see how some believed, were convinced, that I deserved to be there. But if one looks, without emotions, how the NBA has evolved, you come to see that there was no chance that I would get in. When those votes began to grow, when it stopped being a movement by my habitual followers and the football (soccer) players joined the scene, the president, and the television people of Argentina, I began to get nervous because I didn’t know what to do with that support.

The good thing in all of this history is that the NBA has for a few years changed the form for selection of the occupants of the team and that gave more balance to the election. Before the popular vote was the only consideration, and today it includes the players and journalists. That to me seems like a very judicious decision, because it has a sensation of more legitimacy to the participants. If the principle actors don’t vote and those who analyze the game don’t either, then why have it? Because of this I say that I value the affection of the people, especially those of Argentina, but it is very good that the NBA has these rules, because it permits those who are having the best seasons to go and it doesn’t give in to the five who are most popular. Definitely, I appreciate the love of everyone, but not being an All-Star is most just.

With that, now that all that craziness has passed, I return to conscientiously focusing on recovering from the hit I took the other day versus Atlanta. I scared myself initially, because I have never had my leg respond in that way. When I arrived at the locker room my quadriceps had become inflamed. I have had other hits like that, but this one worried me because I had a big bruise. However, it calmed down and I relaxed. Today I will begin to run and shoot, and it is my intention to be good as new to play versus Indiana.

The truth is I’m doing good, and because of that I want to play. I am in a moment where my confidence is helping me, and because of this we got some teams in which I made more points. I won’t find more moments like the last year. To begin this season, as well, because I helped the team but I didn’t get a single basket. But in the last games it changed, although it is also clear that while Kawhi isn’t here the ball is more in the hands of others and that also gave me confidence. With the end of the games versus Boston and Dallas, even more the games that I had more points, like against Phoenix and Portland, I had a beautiful moment because it has been a while since that has occurred. I grab on to these types of streaks and I enjoy them a bunch. But with my feet on the ground, I do enjoy them. Logically, knowing that there are highs during a season that there are also lows.

And in this context, I also know that the calendar comes in, that it is very complicated, and a little rare. The NBA improved a great deal the issue of the back-to-backs, the consecutive days games, which went from being 17 to 14, but this year it turned out stretches of six or seven days before we return home. As it is, a couple of times. Luckily, [Friday] night we played against the Toronto Raptors as visitors for the last of this stretch and now we come up to several days in San Antonio, which will help the group recuperate a great deal. Not only from the physical, but also mentally, because it is good to be at home, breathe, relax . . . We are even going to practice a bit. It seems to me that this will give us a hand, right before the Rodeo Road Trip.

This season has also been strange because of the injuries we have had. It seems to me that we have never lived like this, with the principle player, Leonard, playing two games and stopping two or three more to recuperate or feel better. This is a team armed to play with him. We haven’t been able to find balance. It seems to me that defensively we are good and that is what has kept us where we are. But offensively we are having problems, and it is beginning to show. But in any case, it helps us in this terrible season that we have LaMarcus, who has sustained us in many games. But we are missing the points and we miss Kawhi, but we miss a healthy Kawhi, not one that plays two games and can’t make it to the next two. We have to wait for him to get better and can play the 30 to 35 minutes that the team needs from him to function like we should.

But it isn’t only what has happened to Kawhi, because we have also suffered a low this season with Kyle Anderson out; and when he returned, Rudy Gay went down, who is our second scorer; then it was Danny Green, who had a problem with an adductor . . . It was all very rare. Pop was experimenting a bit to see which team would play. That didn’t permit us to be the regular way we would like. But by all accounts we are powered up, although far behind Golden State. But we are still in the top positions and with a good record of wins and losses. The good thing is that there is still 30 more games and we have time to prepare ourselves for what counts, the playoffs, that for this team is paramount. Our focus is on that objective.