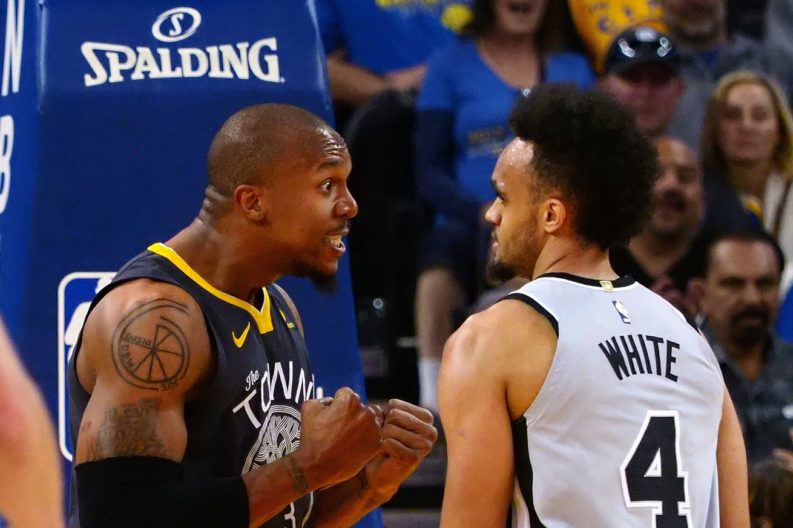 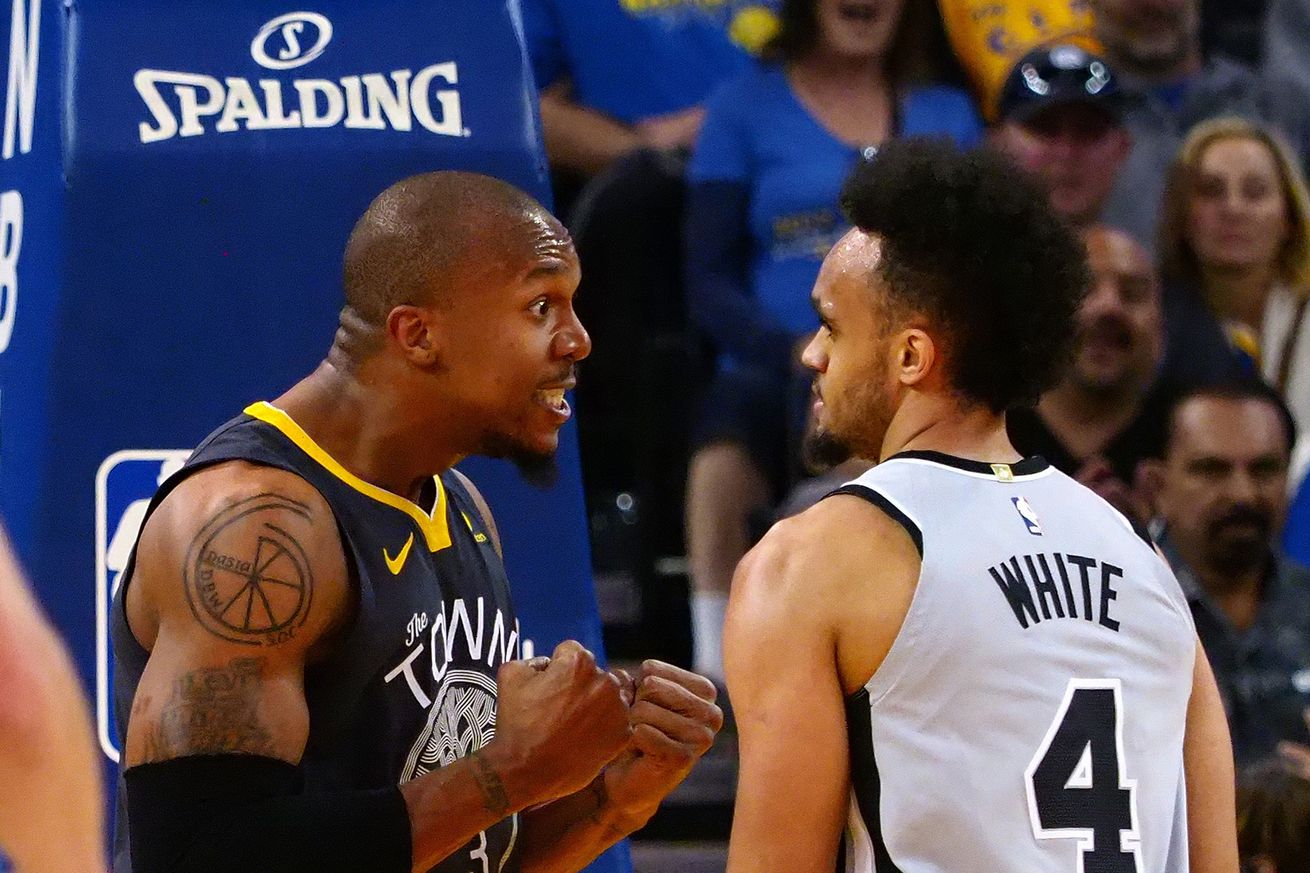 A spirited early effort from the Spurs wasn’t enough against the defending champs — but there were still positives to take away in the second leg of the RRT.

LaMarcus Aldridge hit two consecutive contested fade-away shots to open the game, Davis Bertans had a four-point play, and Steph Curry got whistled for a rarely-called palming violation, setting the tone for a plucky, if unexpected, 37-27 first quarter in which nearly everything seemed to go right for the Spurs.

Yet as they watched a five-man squad of Aldridge, Bertans, Kyle Anderson, Bryn Forbes and Derrick White outplay Golden State’s superteam, fatalistic Spurs fans may have found themselves grumbling, “Well, this can’t last.”

The Warriors are that little sniveling voice inside your head, curdling your optimism into Final Destination-level doom. As a result, it’s hard to treat any lead against them — certainly not one as fickle as ten points in the first quarter — like anything but a flame flickering in a hurricane.

But credit the short-handed Spurs — who went as deep into their rotation as they have all season — for not sharing in that cynicism, braving the storm and showing considerable fight throughout. As they’re wont to do when missing vital pieces, the Spurs seemed to find a hidden gear. Even if they ultimately dropped Saturday night’s game 122-105, the combination of execution and grit they exhibited is what fans will want to see as the Rodeo Road Trip rolls on.

Many would’ve expected this one to be out of hand by half-time, given the Spurs were without Kawhi Leonard, Tony Parker, Rudy Gay and Dejounte Murray, but the team kept it within three at 58-55. With the margin of error as slim as it was, it would’ve been just as easy to expect them to falter once Patty Mills got called for his second foul in the game’s first four minutes and had to leave. And yet, that wasn’t the case.

Even as the game slipped away in the second half, the educational value of each possession wasn’t lost on Gregg Popovich, who immediately called a timeout after Bryn Forbes was beat on a back-cut to have a chat with his second-year player. No matter that the man who’d just bested the undrafted Forbes was two-time MVP Curry.

Curry didn’t have one of his better performances (a ho-hum 17 and 8), but fellow Splash Brother helped pick up the slack in the second half. Klay Thompson made 10 of his 14 attempts, including 5 of 6 from deep, to lead all scorers with 25 points. Add to that 17 points and a near-triple-double from Draymond Green, and the Warriors had all the firepower they needed to sustain a cold night from Kevin Durant.

There is a pessimistic way to view this game — by dwelling on the loss, attributing the hot start to a flat-footed effort from a disinterested Warriors group, while lamenting another subpar game (3 of 10, 7 points) from Patty Mills — but doing would lose sight of where this team’s at right now. Despite dropping to 0.500 on the Rodeo Road Trip, the glass should be looking a bit fuller moving forward.

A few more rose-tinted thoughts on…

A career night for Kyle

Slow Mo was the only Spur with a positive plus-minus on the night (+2), going for a career-high 20 points, playing great defense on Kevin Durant and stuffing the stat sheet (6 rebounds, 4 assists, 3 steals, 2 blocks). His craftiness was also on full display, perhaps most notably when he pulled the same up-and-under move on KD. Here it is in the first quarter:

…and again in the second:

Active cutters, quick decisions out of the double team, and beautiful, unselfish basketball resulted in the Spurs assisting on 30 of their 43 made field goals. It was just the third time this season the team’s totaled 30 or more assists (funnily enough, one of the other two occasions also came against the Warriors, last November).

The Spurs had 30 assists (on 43 made field goals) tonight, tied for the second-highest total this season. pic.twitter.com/4BzMsFmoj6

A solid showing from the rookie

Derrick White has spent most of this season in Austin. Or in Reno, Iowa or Fort Wayne. The bottom line is, he hasn’t had many chances to get the crucial NBA seasoning young guys need, with his rare moments in a San Antonio jersey coming during garbage time.

That wasn’t the case on Saturday, as two early fouls on Patty Mills, and injuries to Tony Parker and Dejounte Murray, opened the door for White to get reps against the Warriors’ star-studded roster. Every one of those 28 minutes counts for the rookie, and he made many of them count, setting new career highs in minutes, points (11) and rebounds (7).

Dejounte’s injury, not too severe

According to Pop (via the Express-News’ Jeff McDonald), Dejounte Murray’s ankle injury shouldn’t hold him out of too many more games.

Pop says he suspects Dejounte Murray (ankle) will be available in either Utah or Denver coming up.

This last one may be more rosé-tinted, actually:

Quick Popovich reaction… obviously San Fran is one of his favorite cities so he wanted to get in and out… one question was about Kerr becoming fastest to 250 wins … #Spurs #Warriors pic.twitter.com/2SB7FTk0MP