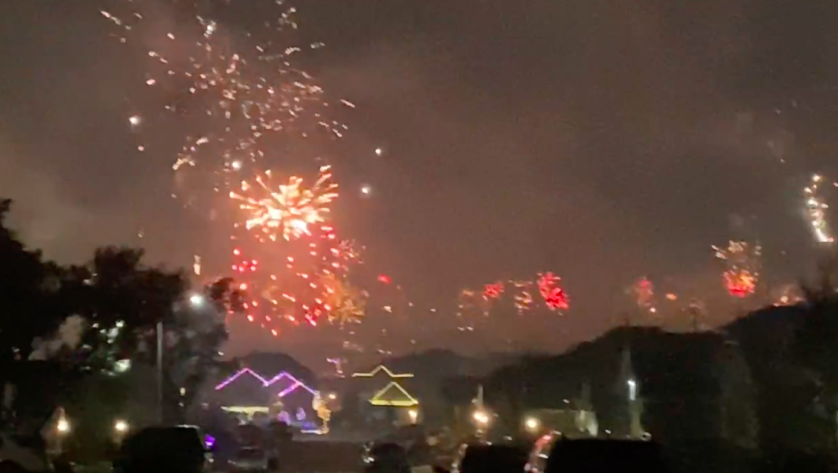 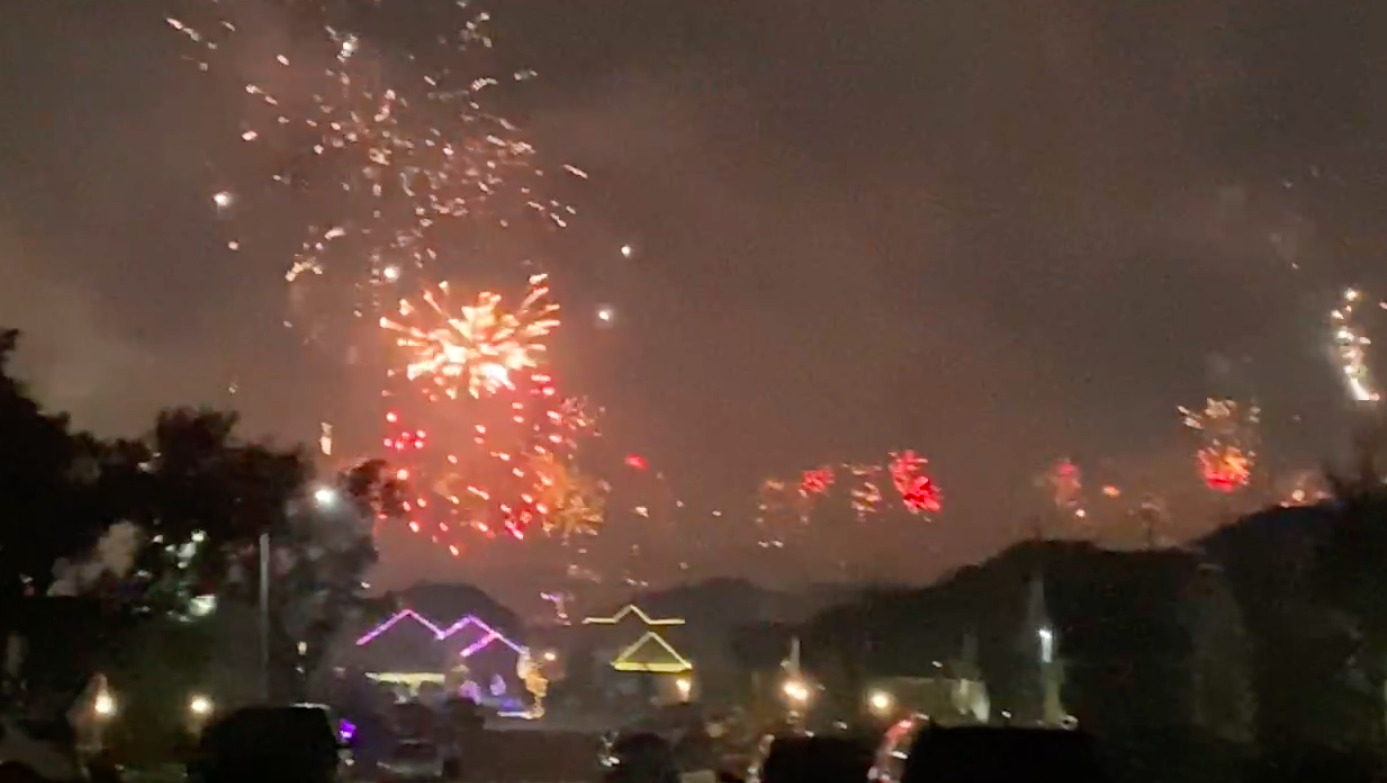 The San Antonio Police Department issued only one citation and 21 warnings for fireworks use on New Year’s Eve, despite videos showing illegal fireworks lighting up the night sky.

Police did not say why the one citation was given or how many fireworks calls officers responded to that night.

Certain fireworks were banned in Bexar County ahead of the New Year’s Eve celebrations. In an order approved by the County Commissioner’s Court last month, residents aren’t allowed to sell, detonate or ignite fireworks classified as “sky rocket sticks” or “missiles with fins” through Jan. 14.

A violation of the order could result in a Class C Misdemeanor, which carries a fine of up to $2,000.

The ban didn’t stop San Antonio from lighting up the night sky with a spectacular display of fireworks to ring in 2021.

Happy New Year from all of us at Thomas J. Henry!! 🎆 We’re so proud to have partnered up with @saparksfoundation for San Antonio’s Official Firework Show – Celebrate SA! We hope you all enjoyed the show! 🥳 pic.twitter.com/yMliTfHKoL

I love you even more, San Antonio. pic.twitter.com/kv0Cqf3CbO

According to the SAPD, the vast majority of the fireworks calls had no complainants or refused complainants. Officers were also dispatched to patrol different locations in which no contact was made with a suspected violator.

The city also did not set up a fireworks hotline for residents to reports violators, which may have contributed to the lack of citations and warnings. Residents were advised to report illegal fireworks to SAPD’s non-emergency line. The police department would then prioritize the calls and its response “based on risk assessment and the current demand for calls.”

The previous year, SAPD yielded nearly 1,000 calls about fireworks activity, but no citations were given. In 2018, there was only one ticket written by an SAPD officer, according to the San Antonio Express-News. There were four in 2017, two in 2016 and one in 2015.