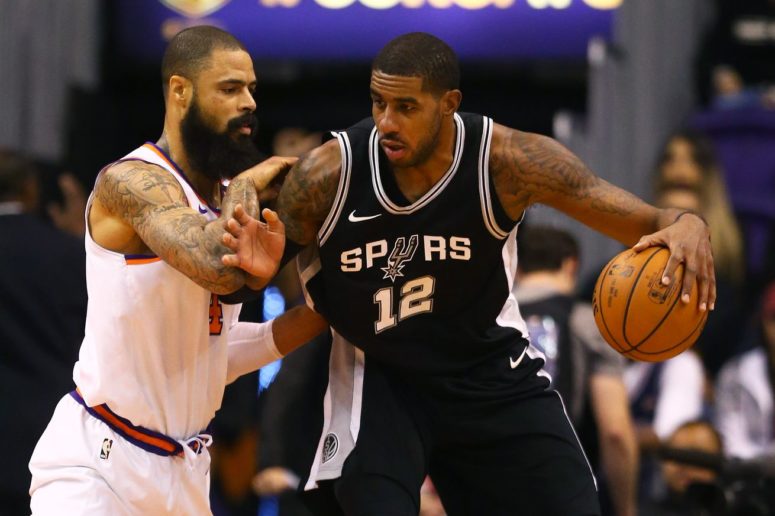 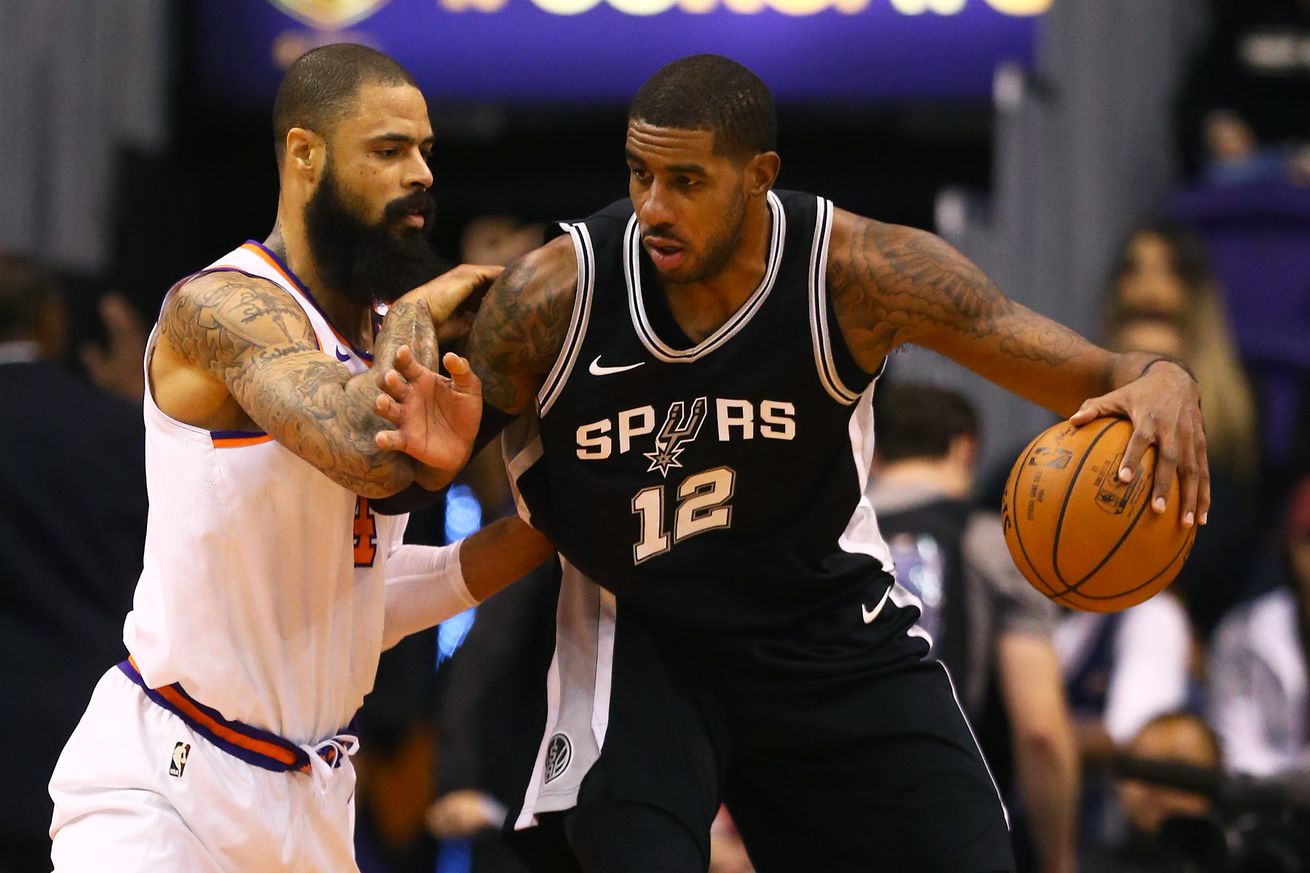 It was the second nail-biter in a row.

The Spurs flew out to Phoenix after winning 3 in a row on the home stand. But a few big names stayed behind for this game. Tony Parker, Pau Gasol and Manu Ginobili rested while Danny Green joined Kawhi Leonard and Kyle Anderson on the injured list after sustaining a groin injury last night against the Celtics.

The first quarter looked as if the Spurs would walk through the game before heading home for two days of rest. The Spurs’ LaMarcus Aldridge and Rudy Gay led a roster of youngsters against a Suns teams missing their top scorer Devin Booker. But the end of the FIGASENI turned sour in the second half as the Spurs blew a 19 point lead. Patty Mills hit back-to-back 3s to end the 3rd quarter giving the Spurs an 8 point lead going into the final twelve minutes.

The Spurs maintained a 10-point margin until T.J. Warren hit a 3 at the 3:47 mark that tied it up. With 1:19 left Mills lost the ball and Marquese Chriss dunked it giving the Suns their first lead at 100-99.

With 21.5 seconds left, Bryn Forbes nailed a clutch 3-pointer and the Spurs would regain the lead. The Spurs led by 3 in the final seconds, and just like last night against the Celtics it came down to a missed 3 from the corner that would have otherwise sent the game into overtime.

–Dejounte Murray had double-digit rebounds for the fourth time this season. Full disclosure, Murray pulled 4 rebounds in the same play.

The Silver & Black have the next two nights off before facing the Dallas Mavericks on Tuesday night.