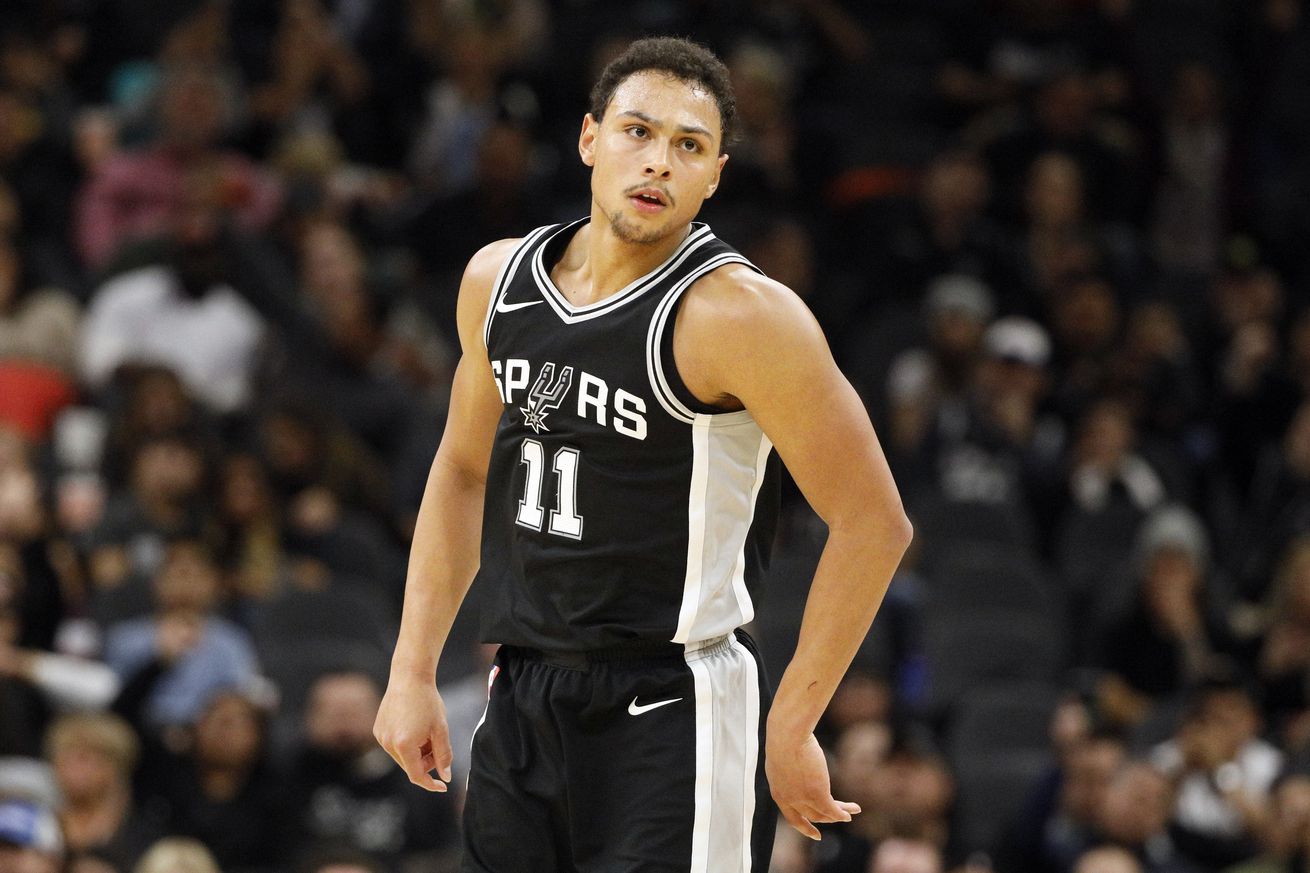 After nearly 30 games this season, patterns have begun to emerge in Spurs victories, even ones missing six key rotation players. Part of that comes down to having a deep roster, but a lot of it should be attributed to the way Pop and co. keep everyone ready step up on any given night.

Playing without Pau Gasol, Tony Parker, Manu Ginobili, Danny Green, Kawhi Leonard, and Kyle Anderson, it would have been understandable had the Spurs folded at the end of a tough week of basketball. However, this squad has shown a resiliency all year, and how could a Spurs squad ever really pass up the chance to win a nail biter in Phoenix?

Unlike the two previous years, LaMarcus Aldridge’s effort on the offensive glass and as a help defender does not come and go this season. He had made good on the contract extension just before the season began, and looks very much like the player everyone assumed the Spurs were getting when they signed him two-and-a-half years ago.

Aldridge’s effort on the offensive glass and on defense is a part of why the Spurs are still in third place in the western conference this season, and largely why the won tonight. He hedged out against hot-shooting Suns guards, he chased loose balls, and he kept the offense alive while being defended by Tyson Chandler. He has been great all year and tonight was no different.

Offensively, as Aldridge continued his hot streak of shooting and post play, along with some timely buckets from Rudy Gay, Mills and Forbes, the team maintained a semblance of the real Spurs offense by creating open looks all over the court, even if the outside shots weren’t falling. Everyone that played got on the board, including G-League call-up Darrun Hilliard, and everyone played between nine and 36 minutes this evening.

Against Phoenix, a maintained effort to overcome a poor shooting night in the second half, coupled with the length and athleticism all over the court, was visible in the Spurs’ huge advantage in offensive rebounding numbers [18-10], including six offensive boards by point guard Dejounte Murray alone. Though Phoenix fought harder in the second half, it is just nearly impossible for a team to overcome a talent deficit, an offensive rebounding deficit, and somewhat listless effort.

Along those same lines, it has become increasingly clear that the Spurs’ length and effort is a bit of a problem for opponents. Though the effort has always been there with Spurs teams, many iterations were somewhat limited by athleticism, with beloved players like Tiago Splitter, Marco Belinelli, and Matt Bonner playing important minutes. Today, the worst athletes on the roster are either so skilled and big that the athletic limitations are minimized [Gasol, Joffrey Lauvergne], quick enough to compensate for a size disadvantage [Parker, Forbes, Patty Mills], or capable of playing against anyone because of their combination of both skill and athleticism.

Something else that can now be relied on each game is the decisiveness and purpose of Forbes and Brandon Paul. Both journeymen in a sense, Forbes and Paul make every cut, ball reversal, curl, and dribble-drive at top speed. Neither one can claim to always make the correct decision on either end of the floor, but it’s clear that whatever they do, it is with conviction.

Defensively, Paul was assigned with sticking to a bigger player in TJ Warren or Josh Jackson for much of the night, and he continued to prove that he has a good understanding of how his defense is why he is playing meaningful minutes as a rookie. He hounded Warren and fellow Jackson into turnovers and difficult floaters in the paint, and repeatedly got his hands on the ball when opposing players left it vulnerable around him. He has shown some really nice defensive versatility that is sure to be a valuable security blanket, should Danny Green or Kawhi Leonard be unavailable for a game.

In another encouraging performance off the bench, Davis Bertans showed a little bit of game off the dribble, including a great pass midair to Lauvergne at the end of the first quarter, which resulted in a bucket. For Bertans to keep himself in the rotation, not only will he need to continue to shoot well, but he will need to have games like tonight where he makes plays off the dribble or protects the hoop like he did on 12/3 in Oklahoma City. He has the pieces of something interesting, and the Spurs have the potential to be much better should he continue to work on improving his game in many ways.

Unsurprisingly, the Spurs and Suns are better and more fun to watch when at full health and with rest. However, tonight’s game was interesting as both teams fielded squads that were a mish-mash of veterans, former G-League standouts, prospects with tons of talent, and freakish athletes trying to get out on the break and run. The Spurs came out on top, and all that’s left to do is hope the next time the silver and black suit up, there will be a much shorter injured list.

-LA opened the game up by tracking down an offensive board and it was something to be proud of.

-Forbes has been a revelation this season. He has worked and worked into a quality role player, and it is impossible to not cheer for that guy.

-Josh Jackson’s game is wonky but I understand why the Spurs are rumored to have attempted to trade for him on draft night.

-Patty’s highest scoring game of the year couldn’t have come at a better time. When he is knocking down shots, the Spurs are very tough to beat.