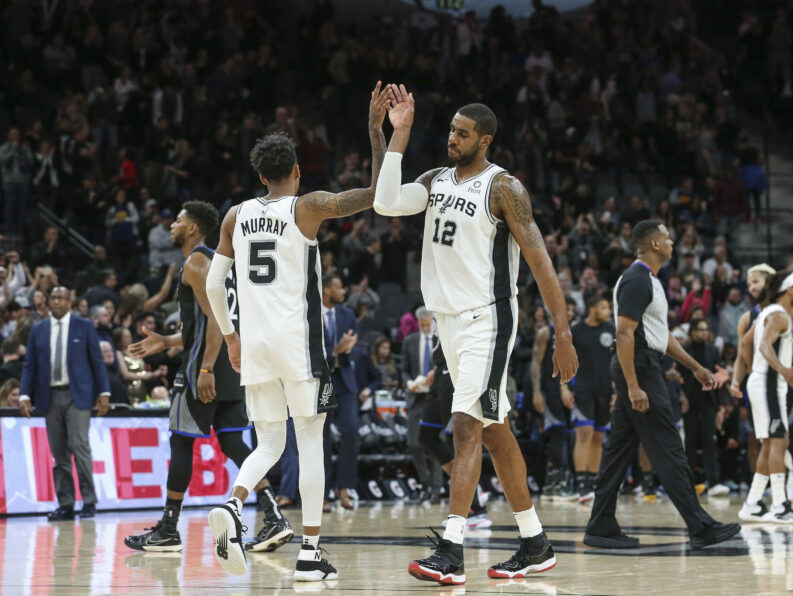 With the draft behind us, we’ve only just dipped into the 2020 NBA offseason and new trade targets may emerge for a thirsty San Antonio Spurs team.

Now that free agency is nearly behind us, the San Antonio Spurs must assess their current outlook and the potential trade candidates available around the league. Teams went into a mad-dash between free agency and the 2020 NBA Draft, making signings and deals left and right to gear up for one of the most competitive seasons we’ve ever had. There’s a case to be made for every Western Conference team to make a push for the postseason tournament but five teams from each conference will be cast aside when it’s all said and done.

Do the San Antonio Spurs feel strongly about being in one category or the other? Well obviously, this isn’t the type of organization to blatantly tank, but they have been known to reach acceptance in the past. When franchise cornerstone David Robinson got injured and the team sunk in the 1996-97 NBA season, they sought after the prized No. 1 pick Tim Duncan in that draft.

If there’s ever a time to accept a rebuild, it’s right now. As every team zigs, the San Antonio Spurs could zag by moving some of their more established veterans or maybe even a draft asset to bring in a player who fits their timeline. As of now, this team isn’t going to win anything significant barring a complete breakout campaign for multiple players and a stroke of good luck in the health department as well.

Meanwhile, all of the movement of these last few days has left certain organizations curious about their fit in the grand scheme of things and the San Antonio Spurs should capitalize on that.