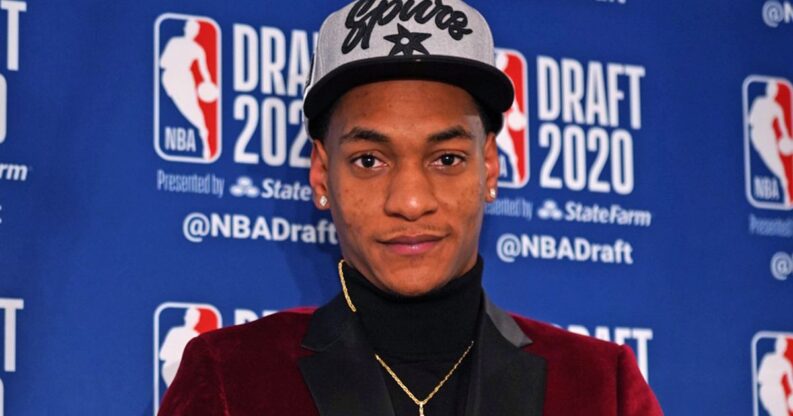 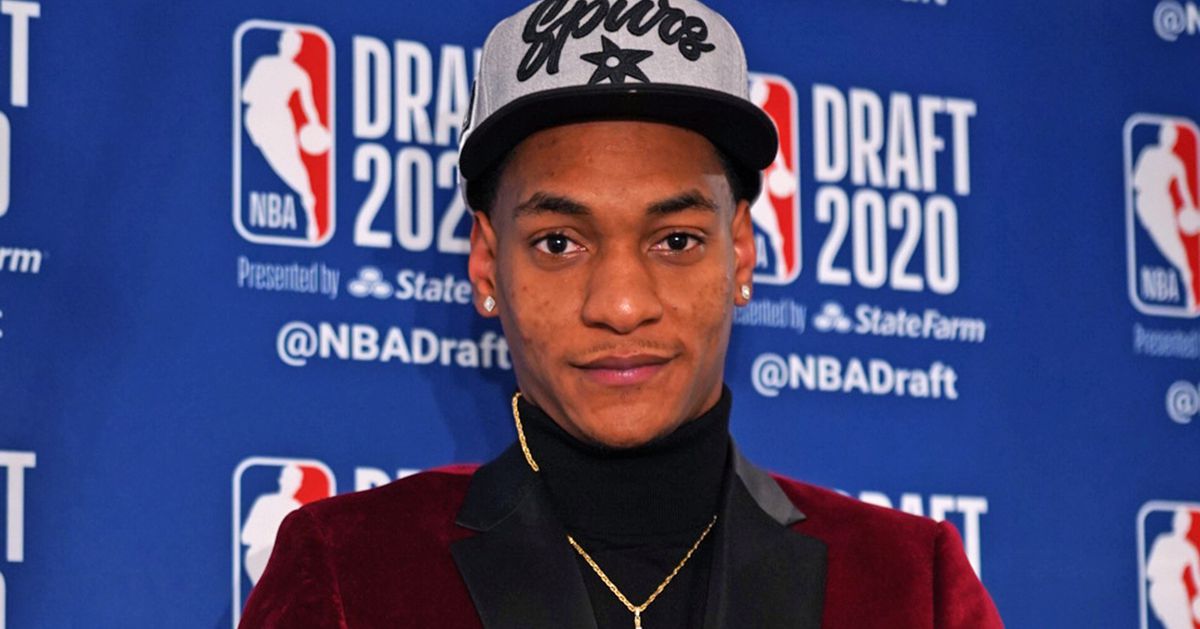 The NBA draft is in the past, but before fully focusing on free agency, it’s time to review how the Spurs did when selecting their new rookies. After a couple of days the dust has settled, so let’s reevaluate the selections and project how they could fit in San Antonio and what their upside really is.

Do you like Devin Vassell’s fit with the current roster and do you think he will get regular playing time as a rookie?

Marilyn Dubinski: While not the Kawhi Leonard prototype of small forward we’ve become accustomed to, I really like Vassell’s fit with the Spurs. San Antonio has been desperate for wing defense for a couple of years now, and they hit the jackpot in this draft. His floor is elite 3-and-D player with the potential to be much more. As well as the Spurs have done in the draft the last few years, he arguably has the highest upside, so you can’t ask for much more. I think whether or not he gets regular playing time early on depends on what happens with DeMar DeRozan. If he’s still with the team and continues his Bubble role as PF, there should at least be minutes for Vassell with the second unit. It helps that Bryn Forbes is gone and Marco Belinelli likely is, and I can see Vassell getting some minutes early but having a regular role by the end of the season.

Mark Barrington: I like the fit. I think he’s going to be really good in a few years. Since there may be no G-League this year, I expect him to get some limited minutes, but not a lot. He won’t get much time with games on the line, but hopefully he will get enough minutes to develop and adapt to the NBA game.

Bruno Passos: I liked the Vassell pick versus the talent that was still on the board. In a vacuum I don’t think he’s as clean a fit as a big wing (the hardest piece to chase as Patrick Williams’ ascension proved) or a center (although it’s a question of whether you should chase one with a first-round pick in today’s NBA), or even a primary ball-handler that could’ve made DeMar DeRozan less essential. That said, I can see a scenario where he’s a top-two defender on this team fairly early, and his 2.4 combined steals and blocks bring a much-needed disruptiveness to a Spurs group that rarely challenged opponents last season. It’s never worth getting too excited about a Spurs rookie getting minutes, but I’d love to see what he can do.

Jesus Gomez: I think it was a solid pick in terms of fit. Not the most exciting of selections, especially considering there had been talks about moving up, but just good value. Many had Vassell going earlier in part because he feels like a safe-ish pick. Guys who play hard, defend at a high level and hit outside shots will always have a place in the NBA. He has the potential to be more than that, but even if he simply becomes a quality two-way player who mans one of the wing spot for the near future, the selection will prove smart.

I think he has a chance to crack the rotation if DeRozan is traded or the Spurs decide to play small, like they did in Orlando. As we saw with Keldon Johnson in the bubble, energy and physicality are often enough to make a player a positive in small units. Vassell should be able to bring that, plus better shooting, so there might be minutes for him if the Spurs play four perimeter players at a time often.

J.R. Wilco: Whether we can expect much playing time for Vassell this season, it seems clear that he’ll be an asset for the team in the long run. I agree with Gomez that a trade of DmDr would open up space for Devin to see the court, but so would any games missed from the bigs. As we saw in Orlando, when this roster doesn’t have bigs available (and they’re only really carrying three) then guys are asked to move up a spot. Regardless of what that means for the team’s record, it’ll at least let the kid show what he’s made of. Personally, I can’t wait to see what kind of havoc a threesome of White, Johnson and Vassell can wreak.

Did you agree with the selection of Tre Jones, considering how many guards the Spurs already have?

Dubinski: It surprised me a little, but I also realize that a lot of the big men the Spurs were targeting for the second round were gone and understand going with the “best player available” approach and snatching one many saw as a first-round talent in the middle of the second round, even if he’s another guard. Jones still brings skillsets that the Spurs could get better at — defense, ball-handling, etc — and there’s no telling if they’ll be able to keep their entire hoard going forward. Overall, I’m fine with the pick.

Barrington: Having a lot of guards and having a lot of NBA rotation quality guards are two different things. Bryn Forbes is probably gone, as is Marco Belinelli. Lonnie Walker IV has been playing as a wing, and I’m also projecting Vassell in that position, so I’m not including them in the guards. So I think of Jones as someone who can step in the rotation in a year or so when Patty and DeMar move on. He fits in great as a backup in a Derrick White, Dejounte Murray, and Quinndary Weatherspoon rotation.

Passos: There were maybe 15 players on the board that all felt like good value at 41, and Jones was one of them. That was always the real appeal of this draft—depth through the second round. As for Jones, as maligned as the term “true point guard” is these days, the Spurs do need more capable ball-handlers who can run pick-and-rolls and make the other pieces of an offense fall into place. After White, I’m not sure I trust any other young player to do that just yet—and that includes Dejounte Murray. Jones was good value, and I can see a path to him being a long-time steady hand at the point.

Gomez: Ideally the Spurs would have picked up some cheap center depth with their second rounder, but that became unlikely as soon as the teams above them starting snatching up every big man available. Under those circumstances, getting Jones made sense, in that he’s a safe pick because of his pedigree and work ethic. Maybe taking a swing on someone with a perceived higher ceiling would have been better, but perhaps Jones surprises us and improves enough offensively to become a steal. I definitely wouldn’t rule it out.

Wilco: It’s a rarity for a second-round pick to be a difference-maker. So while I wasn’t expecting another guard, I’d prefer Jones over another Metu type that we watch them hold on to for years without amounting to much. Fact is, there are simply more short guys in the world than there are tall ones. So Tre is less of a reach at 41 than a bigger player would have been. Still, we’re talking about a second-round pick — so it’s a plesant surprise if anything much comes of the it.

In your opinion, what is the ceiling for either rookie?

Dubinski: I can see Vassell reaching All-Star status. Maybe this is hyperbole, but while not as physically gifted, the similarities between him and rookie Leonard stand out. Vassell’s already an elite defender and even ahead of Leonard in the outside shooting department. This is not to say he is the next Kawhi, but it’s easy to see how Gregg Popovich and the Spurs’ developmental staff could similarly take his game to another level. As for Jones, I’ve seen comparisons to Cory Joseph, and that seems about right. CoJo has turned into a solid backup point guard who can also start in a pinch on good (not great) teams, and I can see Jones reaching a similar level, whether it’s with the Spurs or elsewhere.

Barrington: Best case scenario is that Vassell can be a poor man’s Kawhi Leonard with more durability, but more likely he’s somewhat similar to Torrey Craig, a real energy guy who’s an excellent defender and a tough competitor. I think Devin has a much higher ceiling on offense, but perhaps a similar play style. Maybe that’s too pessimistic. [UPDATE: Torrey Craig was cut by the Nuggets.]

Passos: A fully realized Vassell has a fairly high ceiling in my opinion. His ability to get in passing lanes, deny passes, and get his hands on balls through deflections, steals and blocks could top out as All-Defense-level; on the other end, if he hits on every level as a shooter and scorer off the dribble, he could be the second option for a good team. That’s an All-Star. Is that likely? Maybe not, but that’s good upside at 11 in what most felt was a bad draft.

Gomez: Vassell could easily be the best version of Danny Green, but with some shot creation on top of it, which is basically post-Philadelphia Andre Iguodala with a better shot. Early on in his career it will really all come down to how consistently he can hit three-pointers, but if he continues to learn how to create some space for himself and move the ball, he could be exactly the type of underrated glue guy who makes lineups work by shape shifting to fit the that unit’s need. That might not sound glamorous, but every good team needs guys like that.

As for Jones, I think T.J. McConnell could be a good comparison. He’s not going to be an explosive scorer, but he could be an energetic defender who can run an offense. Ideally his three-point shot would be better than McConnell’s, which would raise his ceiling, but for now it seems premature to assume he’ll become a good enough outside threat to potentially become a Patrick Beverley-type prospect.

Wilco: A ceiling is an entertaining thing to imagine. In this case, a lot of it comes down to his body. We know Vassell can shoot and defend, so the one thing that concerns me when considering his long term prospects is his size. I’ve seen him listed from 6’6 to 6’8 with a 6’9 reach — what is he really and does he play tall or small? Will he fill out the way Kawhi, LeBron and Melo have, or will he be more like Tayshaun Prince — almost painfully thin his whole career? Some guys make so much more of their physical traits that you’re forced to ignore the officially listed height and weight and instead marvel at what they’re capable of doing on the court, but players like Charles Barkley are rare indeed. Of course Vassell’s ceiling will be determined by his work ethic, and how many offensive skills he is able to add, but whether his body allows him to check 1-4, or just 2-3 will have a lot to say about what he ends up becoming.