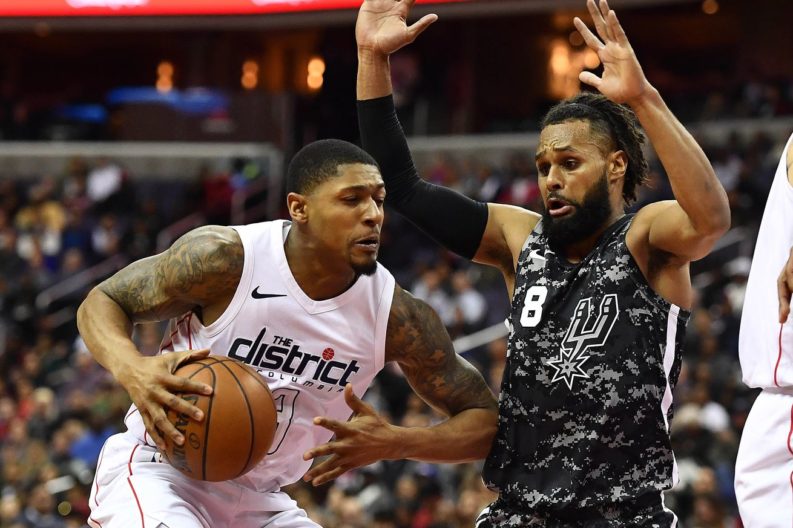 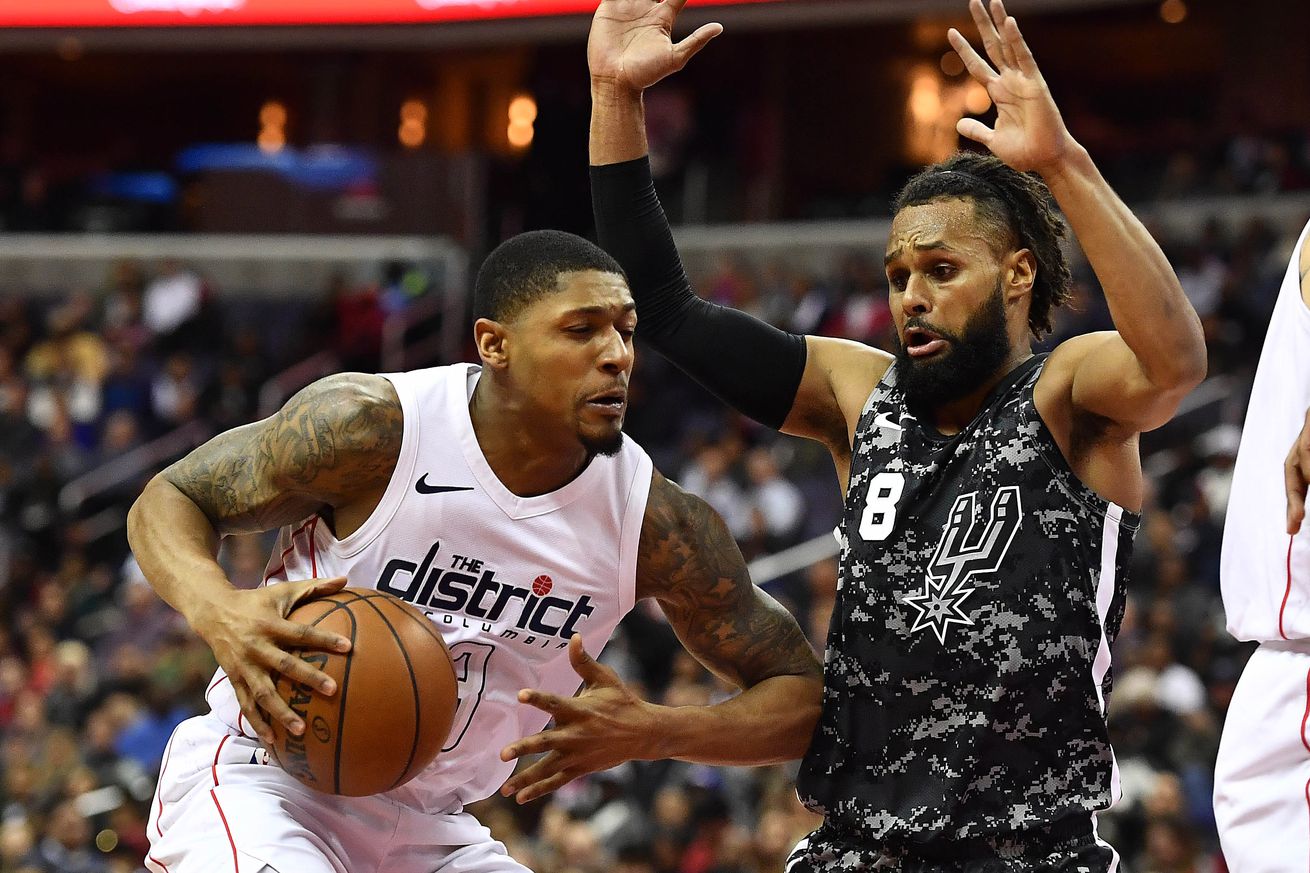 The Spurs got blown out of D.C. and lost Aldridge to injury along the way.

Another road game, another let-down loss for the Spurs. Going up against the John Wall-less Washington Wizards for the second time in a week, the Spurs couldn’t find enough offense to keep up with a suddenly red-hot Wizards team that was looking to snap a three-game losing streak of their own. The Spurs started well enough, taking a 24-21 first quarter lead that would get as high as eight, but from there it was all Wizards.

A horrific second quarter was the Spurs’ undoing as they gave up a 16-1 run and ended up being outscored 38-21 overall despite holding leading scorer Bradley Beal to 3 points in the half and having a 16 to 7 FT advantage. To make matters worse, they lost LaMarcus Aldridge, who was the Spurs only bright spot on offense at that point, to a left knee contusion just before halftime. They ended up down 59-45 at the half, and sans their best player they got down by as much as 25 on their way to a 116-106 loss.

The loss drops the Spurs to 43-32. They will remain in the sixth seed regardless of the outcome of the Pelicans–Trail Blazers game, but it only puts them a half-game above the seventh seeded Utah Jazz, who own the tie-breaker.

The Spurs return to the AT&T Center to take on the Thunder in a nationally televised game. Tip-off will be at 7:00 PM CT.