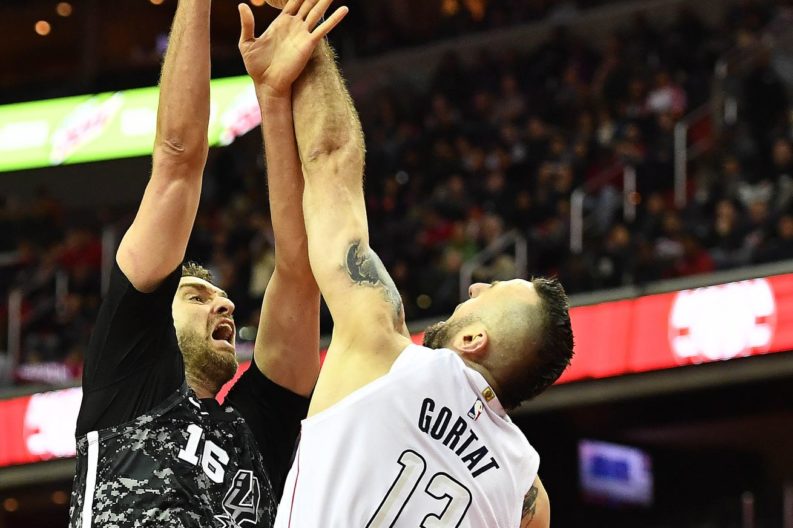 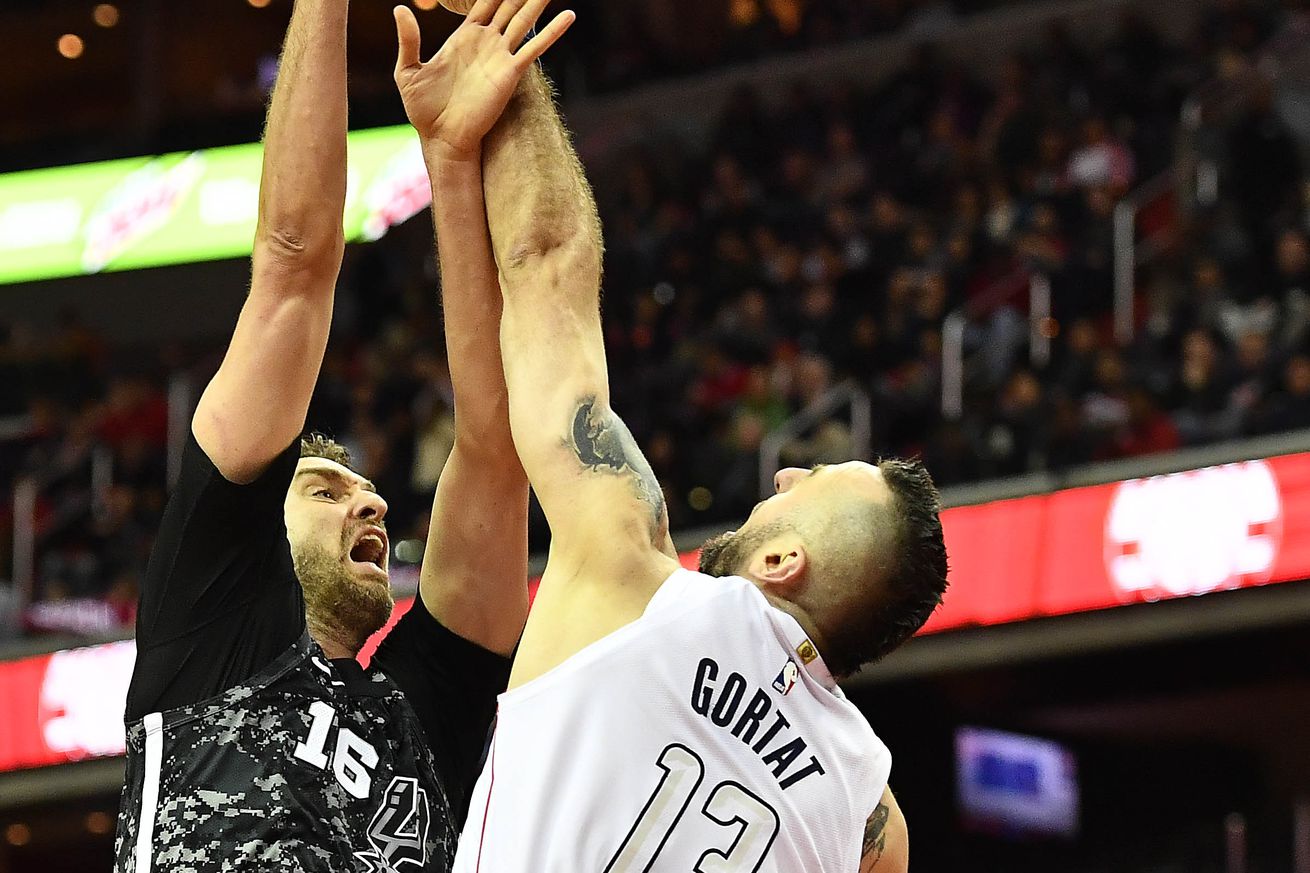 San Antonio drops another game on the road.

Winning teams in the NBA are more talented than their opponent, willing to work harder, or are playing a team tanking for a good lottery pick. On Tuesday night against the Washington Wizards, the Spurs were mostly none of the above.

After LaMarcus Aldridge exited the game late in the second quarter with a knee contusion, the Spurs no longer had the best player on the floor, but the damage had actually already been done. Early in the game, a flurry of dumb turnovers, blown chances, some abysmal shooting from deep, and what seemed like a general lack of spirit all combined to put the Spurs down by 14 by the end of the first half — as a result, they were unable to climb back into the game.

Though the Wizards were missing an all-star of their own in John Wall due to a knee injury and got little production from their other all-star guard Bradley Beal, Washington’s lead ballooned to as much as 22 points by the end of the third quarter due to an outstanding effort from their bench and their ability to knock a few wide-open shots down. It was like watching the best-case and worst-case scenario performances for teams missing their best players.

In the first half, the Spurs had opportunities to take control of the game. After leading by three after the first quarter, the Spurs looked in position to beat a struggling Wizards team and get back on track. A few blown layups here, a few missed free throws there, and some big hustle plays made by the Wizards bench swung the momentum and eventually the game, and changed a close contest into a blowout.

With Aldridge potentially limited or even sidelined with a knee contusion, along with a two-game losing streak, the Spurs have some work to do to stay in the West’s playoff race. Here are some takeaways from the loss to the Wizards that could be important moving forward.

While the starting small-ball lineup has more oomph than previous starting fives, Kyle Anderson has not looked quite himself. His playmaking flourished earlier in the year due to a combination of brainy passing, impossibly slow hesitation crossovers and stutter-stop floaters, but he has struggled to find his place in the offense without quality shooting across the other four positions. In the fourth quarter against the Wizards, the Spurs made some headway getting back into the game, and the offense made sense with Anderson as a featured playmaker. He can be an effective cutter, but he might make the most sense as a primary playmaker surrounded by shooters.

Bryn Forbes and Davis Bertans have seen their minutes shrink as the team has gotten closer to full health, but both provide crucial shooting that the team sorely lacks. As Pau Gasol, Rudy Gay and Tony Parker have combined to form an unreliable trio of shooting off the bench, crucial possessions seem to slip away from the Spurs. Against the Wizards, Gasol had little chance of moving Marcin Gortat in the post and Gay didn’t look comfortable on offense, as he failed to get good looks against mismatches and missed 3s with defenders in his face. Forbes and Bertans are occasionally unreliable, but their energy on both ends and ability to simply stretch the floor against set defenses is sorely lacking.

While Parker and Gasol are probably not going to improve drastically between now and the playoffs, Gay has potential to be a weapon off the bench the way he was earlier in the year. Even without the elite athleticism that made him a lottery pick, he is effective close to the basket. Though every other one of his stops in the league have been saying for years that he is maddening because he prefers to shoot fadeaway jumpers over much smaller defenders instead of going to the basket, he has shown a willingness to play the way he is most effective with the Spurs, and he has to get back to his habits from earlier in the year in order to make a difference come playoff time.

Defensively, the Spurs were a little too late in their rotations around the perimeter and sloppy in closeouts, partially due to the Wizards exploiting mismatches down low. Markieff Morris made an effort to sprint in transition and put a smaller Spur on his back in the post, which led to easy looks at the hoop, and eventually good looks on the perimeter. He was fantastic, going 7/7 from the field, and he repeatedly punished the Spurs for not going all-out on the defensive end.

The Spurs are not going to have more talent than many other teams for the rest of the way, but they can manage mismatches like Morris with crisp rotations and flying back on defense. It might come down to the little things in the playoff race, and this could be one of them.

-Patty Mills had two bad turnovers early in the game, but one of them he made up for by sprinting back in transition and stripping Otto Porter, Jr. on a layup attempt. Spurs fans see his flaws, especially this season, but his effort [and shooting!] weren’t the issue against Washington.

-There are times when Dejounte Murray blends into the game more often than he should. He can be so much more than a caretaker while out on the court, and in game like Tuesday’s when Aldridge is out and nobody really has the juice to get the team going, it’d have been nice to see him be more assertive.

–Joffrey Lauvergne fans out there rejoice: his +10 was a team-high.