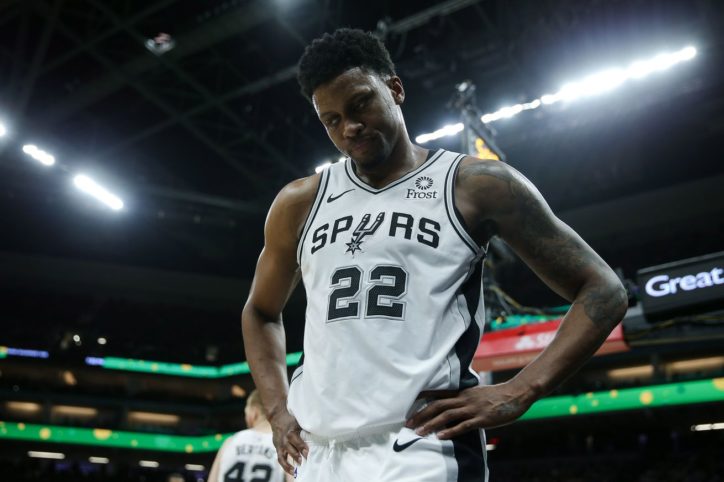 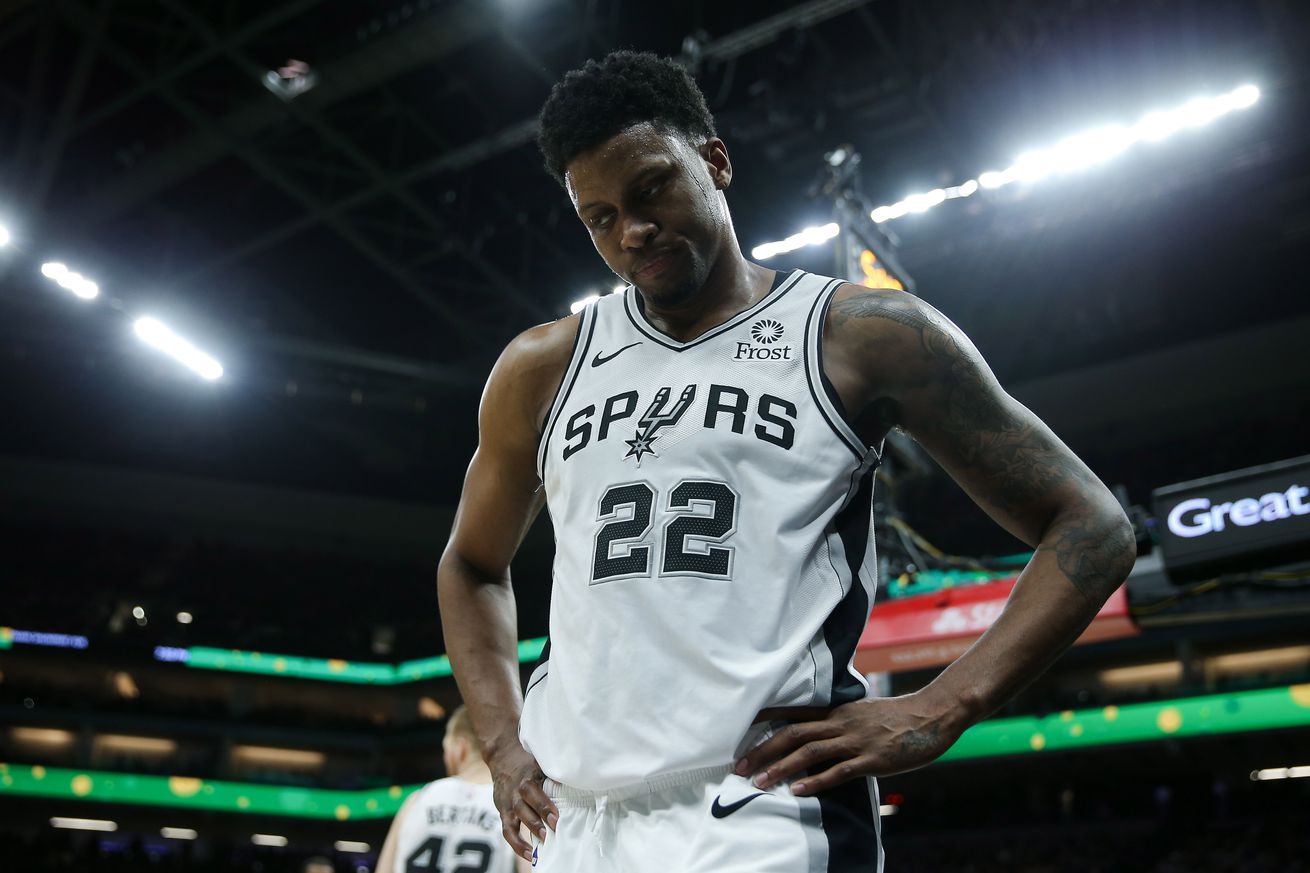 What Gay probably wants from his next contract and what the Spurs may be willing to offer could be very different.

The Spurs should have a quiet offseason after the draft. Unless they shake things up then, they will enter free agency with an almost full roster. The priority, instead of adding a free agent, will be to retain one of their own: Rudy Gay.

Gay has been everything the Spurs wanted him to be. He evolved his game to fit his teammates’ style and accepted a bench role without complaining. His presence made DeMar DeRozan’s assimilation easier, and he proved he can still be an above average contributor on the court. He seemed happy with the stability he found in San Antonio, and the franchise seems eager to keep him around.

The actual process of bringing Rudy back, however, could be bumpy. At least in theory, the type of new contract that makes sense for Gay wouldn’t make too much sense for the Spurs, which could make for an interesting negotiation process.

Since he’s been with the Spurs for two seasons, the Spurs now have Early Bird rights to Rudy. That means they can offer him a deal starting at 175 percent of what he made last season (would be roughly $17 million) and up to four years in length, with eight percent annual raises. That is a lot of money. Now, Gay is not going to get the maximum in years and likely not the max yearly sum either, but there’s one thing that is non-negotiable: in order to use Early Bird rights to him, the minimum the Spurs can offer him is a two-year contract, as is stipulated in the collective bargaining agreement.

We can safely assume a multi-year deal is what Gay wants. He’s almost 33 years old, so his next contract is probably going to be his last big one. If he’s going to stay in San Antonio likely in a reserve role and with slim chances of winning a title, he’s going to want to get paid. The Spurs can still offer more than anyone without giving him the max he can get, but they can’t really low-ball him too much without risking losing him. Gay could secure a two-year deal for the mid-level exception money worth around $20 million with a contender, so San Antonio will probably have to make an offer that beats that handily. At the same time, giving him what he wants could interfere with the team’s future plans.

The Spurs are going to be over the cap next season if they retain Gay, so the sum he makes in 2019/20 would be close to irrelevant in terms of limiting their flexibility. Depending on what they pay him they would not be able to use the full mid-level exception without venturing into the tax, but they might not use it anyway, considering they would essentially have a full roster. The problem comes in the summer of 2020, in which everything could be in flux for the Spurs. In that offseason, Dejounte Murray becomes a free agent, DeRozan can opt out, and the Spurs could potentially waive LaMarcus Aldridge at little cost. Having Gay on the books then wouldn’t be the worst thing in the world, but it would generally limit what the Spurs’ could do. San Antonio could lessen the blow of his cap figure by offering him more years at a lower salary, but having an aging Gay around past 2020 might not be a good idea.

What the Spurs probably want: another Non-Bird exception one-year deal

As previously mentioned, treating Gay as an Early Bird free agent means signing him to at least a two-year contract, but there is another way for the Spurs to re-sign him. They can renounce their Early Bird rights to him and use the non-Bird free agent exception to sign him, just like they did the last offseason. That exception allows for one-year deals, and it would let San Antonio give Gay a raise of 120 percent of what he was making last season, which would roughly put him on a $12 million deal. That is still more than he could get via the mid-level exception from another team in 2019/20, and it would allow Gay to re-enter free agency after next season.

Pulling this off would give the Spurs almost complete cap and roster flexibility after the 2019/20 season. Davis Bertans and Marco Belinelli will also become free agents after this year and, as mentioned, DeRozan could opt out. If that’s the case, the Spurs could waive Aldridge so that he can catch on with a contender, let their free agents go and commit fully to their young core while having significant cap space. If instead the current core exceeds expectations and emerges as a darkhorse contender, they would have full Bird rights to all of their free agents, including Gay, so they could in theory go over the cap and pay what’s necessary to keep the roster together.

It might be the ideal scenario for the Spurs, but probably not for Gay. He’s getting older and suffered an Achilles injury which robbed him of some athleticism and earning potential. What if he gets hurt again or simply has a down season? He’d be entering free agency at almost 34 as a scorer who mostly relied on explosiveness that might not be there anymore. It would be completely understandable for Rudy to want to use this offseason to secure at least a two-year deal, especially after modernizing his game and finishing the playoffs strong. If he’s going to be on a short-term, mid-sized contract, he might as well get a better shot at a title than the one he’d have in San Antonio. Offering just one year might cost the Spurs Gay.

Gay has been so good as a Spur, both on the court and as a teammate, that it’s tempting to say “just sign him, no matter what.” After all, his deal won’t completely prevent the front office from making another addition using the mid-level exception, and who knows what’ll happen in the summer of 2020? Yet if the Pau Gasol re-signing taught us anything, it’s that just because a signing doesn’t have any immediate negative repercussions, that doesn’t always make it a good idea.

It’s a little too early to worry about this, but it’s something to keep in mind. Gay deserves to get paid, and the team should absolutely want him back. Maybe they even think he fits into their future plans and this is all moot, but if the front office opts for caution, it might cost them Rudy. Hopefully the two parties will be able to find some middle ground in which the player gets enough financial security without the franchise losing too much long-term flexibility.

Re-signing Rudy Gay could be tricky for the Spurs
Source: Pounding The Rock