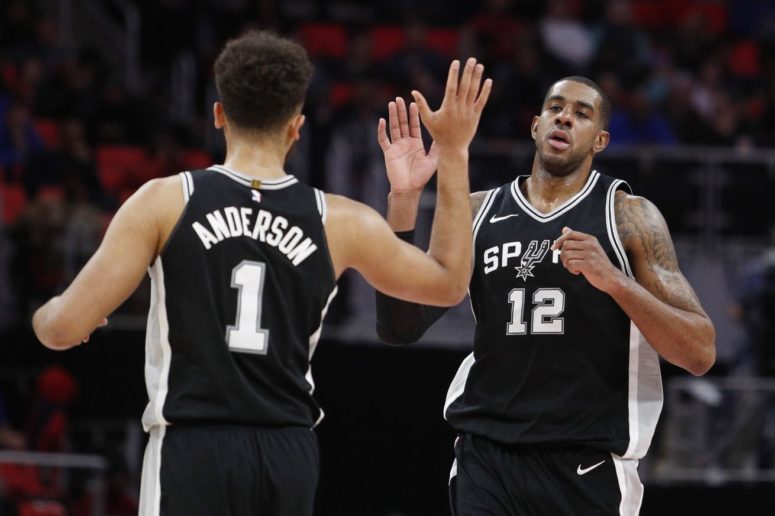 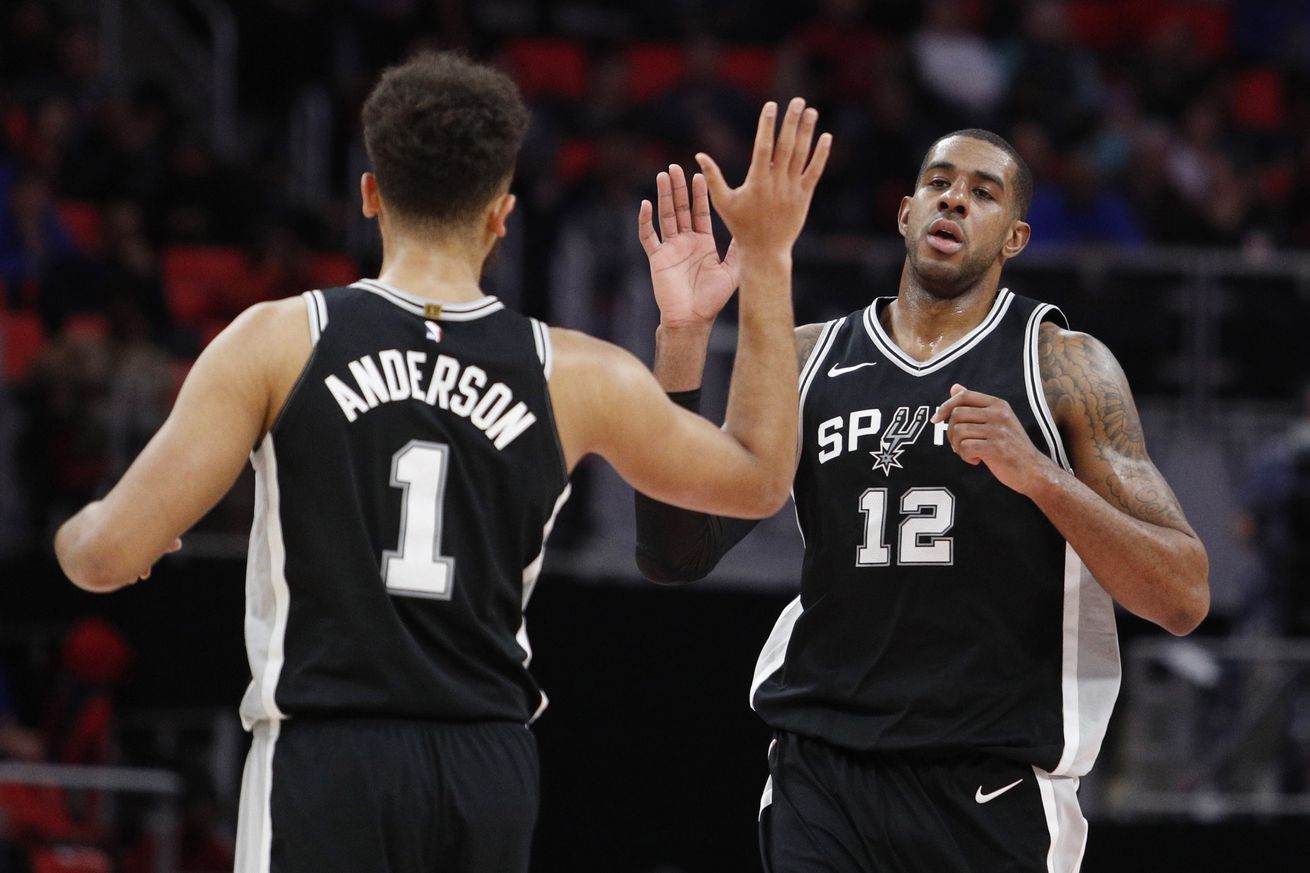 The Spurs start another FIGASENI while dealing with inconsistency both on the road and in their line-ups.

Not much has changed about the Spurs in the last two weeks: they are still practically unbeatable at home but very pedestrian on the road. Kawhi Leonard is still in-and-out of the line-up with minutes restrictions, causing issues with rhythm and continuity when he plays. (If you haven’t done so already, check out Bruno Passos’s excellent piece on this topic.)

Combine the inconsistent line-ups with the Spurs themselves being an entirely different team (in a bad way) on the road than at home, and you have a group that is facing two identity issues that will only get solved with repetition. Leonard needs to keep playing to get into game shape without over-doing it, but at times that will come at the expense of the chemistry the Spurs built for 27 games without him. It’s just something fans will have to be patient with as Pop focuses on the long-term.

Still, while this makes everything sound all doom-and-gloom for the Spurs, that’s not entirely the case. They still went 5-2 over the last two weeks while remaining 3rd in the West by a comfortable margin, and teams ahead of them like the Houston Rockets have sputtered in recent weeks with injury issues of their own. The Spurs are still doing good things and building towards the playoffs; now they just need to be more consistent on the court.

This week the Spurs kick off their third FIGASENI (FIve GAmes in SEven NIghts) in four weeks, which admittedly is kind of ridiculous considering there’s only 40 total (1.3 per team) in the entire league this season. Unfortunately, this will likely mean more resting and inconsistent line-ups for the Spurs, but on the bright side it is entirely against middling to below-average NBA teams. It may not be the friendliest schedule, but it’s still one the Spurs could take advantage of and get better.

Week 10: The Spurs are in the middle of a transition: Even with Kawhi Leonard back, Spurs fans learned it will take time for him and the team to look whole again.

(Author’s note: Apologies for no Power Rankings last week. I’m sure many of my loyal followers missed them terribly, but as one might expect it was Christmas, and I was very busy not just that day but all week. Also of note, the PR’s are slow coming out today, so any site that posted last week but not this week (so far) will have last week’s ranking featured in the quote. Should any of those sites post this week, the quote will be updated accordingly. Thank you for your understanding, and Happy New Year!)

It’s not hard to see how the Spurs have lost games this season. They’ve scored less than a point per possession in 11 of their 12 losses, including Saturday’s in Detroit, when they shot 12-for-46 from outside the paint. They’ve cut down on their mid-range shots this season (this is their first season with LaMarcus Aldridge that they’ve taken more 3-pointers than mid-range shots), but are still having their worst shooting season (effective field goal percentage of 51.2 percent) in the last 10 years. They’ve seen a big decrease in the percentage of their 3-point attempts that have come from the corners, in part because they’ve been missing (for all but six games) the guy – Kawhi Leonard – who accounted for more than 1/3 of their corner 3’s via his shots and assists last season.

Fresh off an December 11-5, their 15th consecutive winning full month (not counting your various Octobers and/or Aprils, where teams don’t play over the entire 30 or 31 days in the regular season) since December, 2014 (8-10).

Pau Gasol recorded his 10th career triple-double in Saturday’s win over the Kings, becoming one of eight active players with double-digit triple-doubles for his career. Gasol has recorded a triple-double for all four of his teams.

The Spurs’ defense remained elite last week (98.6 points allowed per 100 possessions, good for third in the league), which was more than enough to overcome some rough offensive showings. Once Kawhi returns to full health, there’s no doubt this team will enter the conversation for No. 1.

The Spurs didn’t ask for anything this Christmas, but Gregg Popovich would really like to give a nice bottle of wine to the media in exchange for less questions. Kawhi Leonard’s health would be nice too.

The fact that Kawhi Leonard, who played a season-high 26 minutes and scored a season-best 21 points in Tuesday’s win over Brooklyn, is starting to see more minutes since returning from his injury isn’t a “welcome sign” for the rest of the NBA’s teams, as Nets coach Kenny Atkinson sees it.