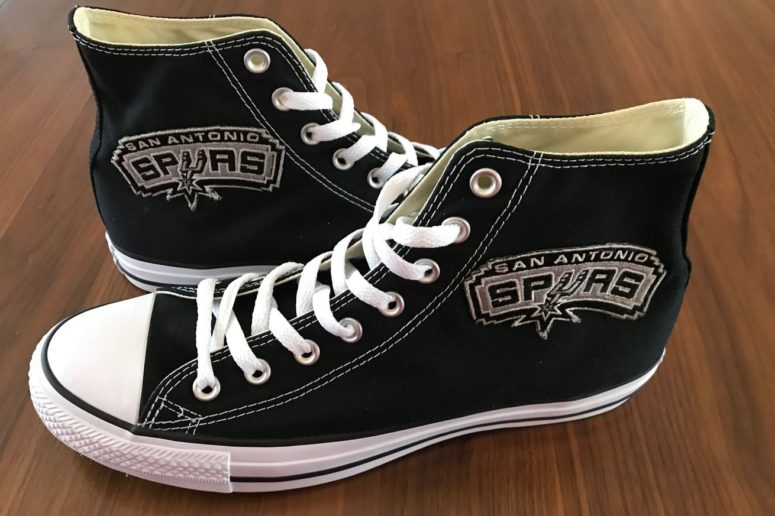 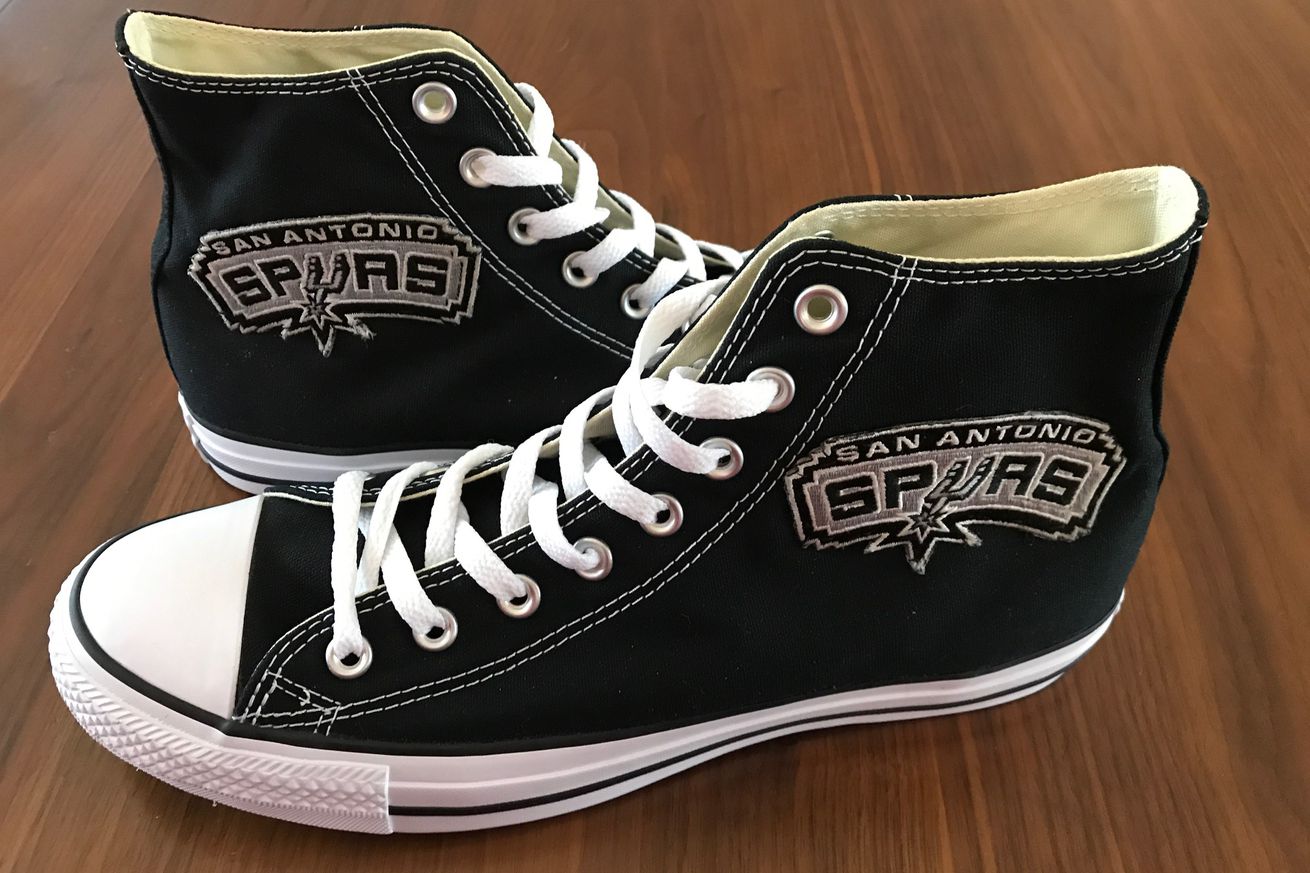 I grew up in San Antonio, a large city with a small town vibe. A family-oriented military community, rich in history and culture. Where most cities advertise bright lights and modern amusement, The Alamo City promotes Missions steeped in religious and cultural ties. The robust Hispanic community is proudly displayed through the arts and artistry that adorn the city’s tourist attractions.

San Antonians celebrate Mexico’s Independence days, Rodeo, Fiesta, and basketball. We are Spurs Nation. But to say I was a Spurs fan from the beginning is a stretch. For one, NBA games weren’t commonly televised when I was a kid. For you younger readers, there were ONLY THREE CHANNELS. Not a lot of coverage and most of the games aired too late for me. Even during the Finals, many games were on tape delay if they were aired at all.

And most of the games that got attention were marquee games with marquee match-ups and marquee players. I was more in tune with what was going on with Los Angeles and Boston than I was with San Antonio. That is not to say I wasn’t a Spurs fan, but my attendance was in limited supply during my formative years.

During the mid-80s, when the Spurs were in their dark period, tickets were not in demand and a last minute invite was not uncommon. In particular, I’d get a call from Jason, usually an hour or two before the game:

“Hey, my mom’s boss isn’t using his season tickets tonight. She’ll drive us down to HemisFair if you want to go.”

For an eleven year old, free tickets and a ride downtown was rock star treatment, not to be dismissed. For some reason, most of the games I witnessed as a 4th grader were Spurs vs. Clippers. Nowadays, a Spurs/Clippers game can fill the stadium. But in 1985, both teams had terrible records.

That’s how it was — until David Robinson. The Admiral breathed new life into the Spurs franchise. With the help of Sean Elliott, Avery Johnson, the Alamodome, and some snazzy fiesta coloring, I became a die-hard Spurs fan in college. Crawfordsville, Indiana was smack dab in between Michael Jordan with the unstoppable Bulls, and Reggie Miller and his miracle Pacers. And still, I’d come home each summer, pick up my Pay-Per-View box and root the Spurs through the playoffs.

And then tragedy happened — I graduated from college and moved to California. Like the Prodigal Son, I took my inheritance, left the comfort of my homeland, and headed out into the land of distractions.

It was a dark time. Kobe and Shaq had combined in Los Angeles and were about to bring Phil Jackson in for a dominant era ending with a 3peat.

I wasn’t a fan of the Lakers, but everyone I hung out with was, which meant there was pressure to fall in line. I squandered my wealth and health through wild living. I’m not blaming anyone, I take full responsibility, and I admit it was wrong. It took years to fully rehabilitate, but I eventually made it back.

I was so lost that I only took a moment to smile and be proud in 1999 when the Spurs felled the Knicks. I was in the middle of Hollywood at Barney’s Beanery. And the crowd I was with belittled me for not hating on the fact that anyone other than the Lakers won the title, especially the team that had knocked them out of the playoffs.

To help you understand the depths that I sank to, I must admit that the middle three titles didn’t even register with me. Just like the lost son, I completely lost track of the Spurs and the NBA overall. But the seeds of my redemption sprouted when a chance reunion briefly reignited my relationship with my hometown team. I switched coasts for New York City, and on February 8, 2008, I went to Madison Square Garden with my father-in-law. Michael Finley hit a 3-point shot at the buzzer to send the game into overtime. I may have been the only fan in the arena to jump from their seat in celebration. When the Spurs won in overtime, I walked out full of pride. But it was short-lived.

Fast-forward to 2013 — I was hanging out with friends when someone said, “You’re from San Antonio, right? Must be excited that the Spurs are back in the Finals.”

I was floored. I had no idea. I immediately jumped into fan overdrive. First off, I needed to see if the games were available on a channel I had. We had an antennae to make our TV work (yes, Brooklyn was old school), and the reception was not great. It was a flat rectangle, about the size of an iPad that we attached to the wall. But living under a flight pattern that terminated at LaGuardia meant reception was spotty. I will always remember my wife, in her 8th month of pregnancy, duct taping and re-duct taping the little flat box so I could see every minute — asking “How about that, how about now?” as she manipulated the antennae in the next room.

I was hooked. Those two weeks altered my life and reunited me with the Spurs, just like that. So much so, that on Thursday, June 20th, immediately after that final game, I stood up in my living room and declared to my wife:

“We will move to San Antonio and raise this baby. Next year, the Spurs will be back in the Finals against this same Heat. And the Spurs will WIN! And I will forever be able to tell my daughter that teamwork and loyalty are better than super teams and grand-standing.”

Ten days after my daughter was born, I packed her, my wife, and a fidgety canine into a Subaru Forester and drove the 1826 miles home. First order of business was to make sure I had Fox Sports West so that I could watch each and every game. The second was to lots of Spurs clothing. And third, get ready for the best season in Spurs history.

During tight games, I literally sat on the edge of my seat. My intensity unfortunately drove our hurricane rescue dog to fits of anxiety as she’d pace around until the game was over. Now we were full-fledged Spurs fan as my wife watched along with me, getting as wrapped up in the outcome as I.

We went to some games, got the full fever. Some students of mine whose families had season tickets brought me those awesome “Go Spurs Go” shirts that you could only get at the stadium during the finals.

A friend gave me his season tickets to watch Game 4 of the Finals (which were in Miami but visible on the AT&T Center Jumbotron). That was the game where Kawhi had that sick put back dunk. My daughter, 11 months old, was there and when 18,000 fans jumped and hollered at that slam, her eyes were wide and I saw the glint of a Spurs fan in the making.

And then, of course, they won. And on Father’s Day to boot, which completely validated my prediction. I started an autograph book of the Championship roster that I keep with me, just in case.

I packed all the shirts, newspaper articles, and paraphernalia into a box and wrote “Elizabeth-Spurs 2014” on it. A time capsule of the Spurs Championship safely tucked away in her closet waiting to be unearthed with my daughter when her genetically predisposed Spurs fandom is ready to sprout.

And like my biblical alter ego, not only was I home, but I was welcomed. Spurs Nation never lets you go. There is a celebration when the lost ones return- a reuniting of the Family.

Now it’s three years later, and the honeymoon period has not waned. I attended the 2015 season opener and obtained my Spurs Championship replica ring. I wore it on each game day throughout the season. My wife also got her ring and we added it to my daughter’s Spurs time capsule.

In addition, my lovely bride sewed Spurs patches onto black Converse hi-tops. When I wore through them in less than a year, her mom got new hi-tops and sewed the patches on those.

My birthday generally falls the week before the season opener and for the most part, I’m given Spurs gear. Backpacks, sweaters, shirts, hats, and tickets, I am decked out at all times.

And this summer I was invited to join Pounding the Rock, the greatest gift a Prodigal Spurs fan could be offered.

Happy New Year. The Thread is open. Please share your Spurs experience in the comments section and GO SPURS GO!