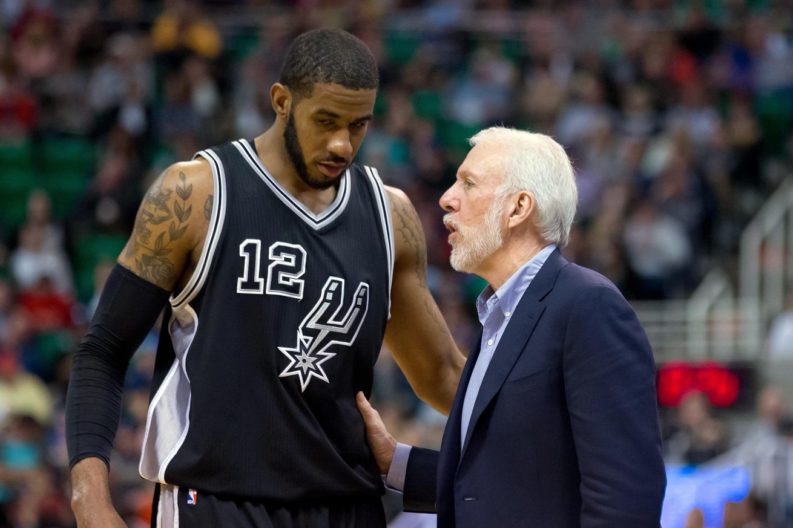 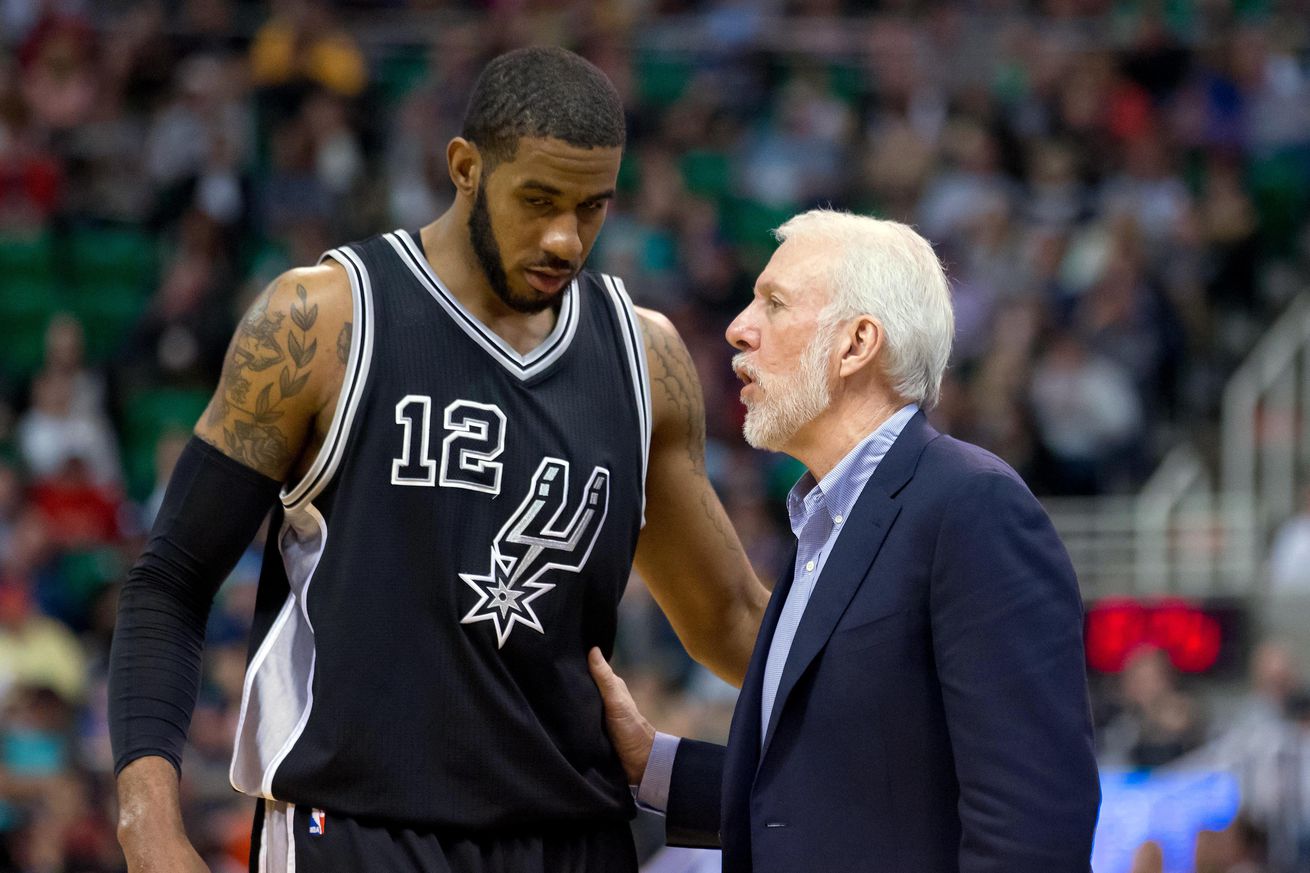 It turns out there’s more to the story of LMA’s impressive turnaround than just a chat.

We all know there was turmoil between LaMarcus Aldridge and PATFO last summer, with Gregg Popovich disappointed in LMA’s performance in the playoffs, and Aldridge upset with his role and how he was being used. The Spurs reportedly tried to trade him to no avail, and in the end the two worked it out via a heart-to-heart talk. The results have spoken for themselves with Aldridge having a resurgent season on the court.

It turns out, that’s not the entire story. In a rare opening-up of sorts, Pop admitted Aldridge came to him requesting a trade, which is what triggered the heart-to-heart.

Spurs coach Gregg Popovich was asked what helped to bring about LaMarcus Aldridge’s resurgence: “When he said, ‘I want to be traded.’ It’s as simple as that. I said, ‘Woah, nobody’s ever said that to me before.’ It’s my 20-whatever year, and nobody’s ever said that like, ‘I’m not enjoying this. I’m not confident. I’m not sure you want me here. I want to be traded.’” Popovich was asked if that conversation took place after the season. “Yes, yes. I thought that’s already been public? So, we had some dinners and meetings and laughed. I was very candid with him. I told him, ‘I’d be happy to trade you. You get me a talent like Kevin Durant, and I’ll drive you to the airport. I’ll pack your bags. And I will drive you there, get you on the plane, and get you seated.’ He laughed you know, that kind of thing. I said, ‘But short of that, I’m your best buddy because you’re here for another year, and you ain’t going nowhere. Because we’re not gonna get for you talent-wise what we would want. So, let’s figure this thing out.’ And we did. That’s what we came to. As discussions went on, it became apparent to me that it really was me. He’s been playing in the league for nine years. I’m not going to turn him into some other player. I could do some things defensively or rebounding-wise. But on offense, I was going to move him everywhere. That was just silly on my part. Total overcoaching. So, we took care of it, and he’s been fantastic.”

Talk about a rare look behind the usually iron-clad curtain known as Coach Pop, and the fact that Alridge requested a trade himself – while not too surprising – makes his change of attitude and renaissanace season all the more impressive.