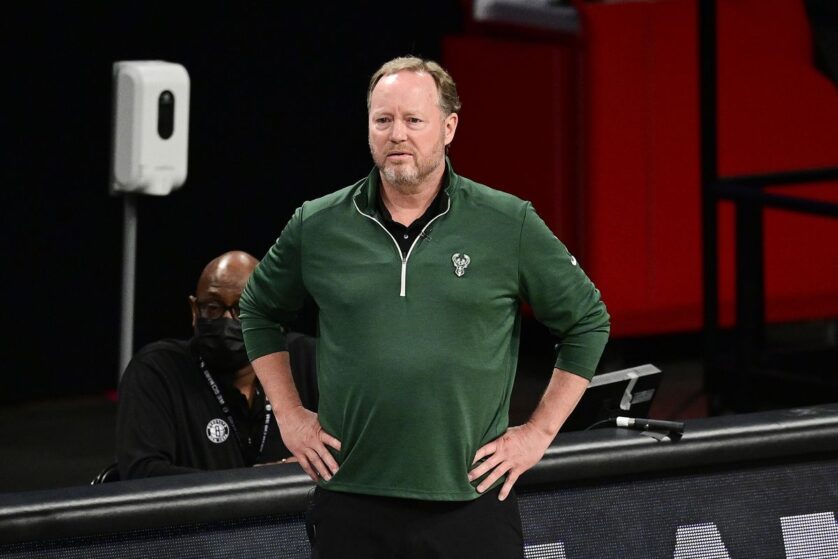 The fresh, cool spring air is gone only to be replaced by another hot, Texas summer. The Spurs are on vacation and we enter that realm between the season ending and all of the events that prepare us for another season of Spurs basketball. The NBA Draft, free agency, and (hopefully) the return of Summer League seem so far ahead. So let’s reminisce.

When the playoffs hit, there were many names familiar to Spurs fans. Players like George Hill, Kawhi Leonard, and Davis Bertans (see what I did there?) all started the postseason. But there were coaches as well. The Nets, Jazz, Grizzlies, Suns, and 76ers all sported coaches who have some affiliation to Spurs head coach Gregg Popovich.

Popovich has a long and storied coaching tree, and no current head coach is better linked to our celebrated Spurs coach than Mike Budenholzer.

Budenholzer, or Coach Bud, started his NBA coaching career as an assistant in San Antonio, the first year Pop served as head coach. He spent seventeen seasons in San Antonio making him the longest tenured Popovich assistant. (Trivia: If Chip Engelland stays for the next season, he will tie Bud.)

In his first season as head coach in Atlanta, the Hawks ended their season 38-44. The next season, he coached his team to a 60-22 record and drove them into the Eastern Conference Finals. He was named the NBA’s Coach of the Year in 2015 for the remarkable turnaround. The next three seasons revealed a decline as key players left Atlanta and despite the franchise’s best efforts, their record regressed until they were unable to make the postseason in 2018.

His unemployment did not last long as Bud headed north to Milwaukee to take away the Bucks coaching job from Jason Kidd. In his first season, he matched his previous best coaching record ending the 2018-2019 season 60-22. Once again, he was recognized by earning the Coach of the Year honors.

Now in his third season with the Bucks, it is generally believed this is their do-or-die year. With two-time Most valuable Player Giannis Antetokounmpo in his prime, the Bucks have been a constant favorite to make the NBA Finals. But facing an All-Star/MVP stacked Brooklyn Nets may send Bud, The Greek Freak, and their incredibly talented roster on vacation by the end of the week.

Two losses, the second by 39 points, has pundits questioning whether the Bucks can dig themselves out of this hole. That question will inevitably land on Budenholzer’s shoulders.

Game 3 is tonight. It is most certainly a must-win as no NBA team has ever come back from 0-3. If the Bucks can remind themselves of all that has gotten them this far, turning the tide is an option.

If there is a coach equipped to re-evaluate the situation, make adjustments, and keep his team in the mix, it would be Mike Budenholzer, Coach Pop’s right-hand man for four championship runs.