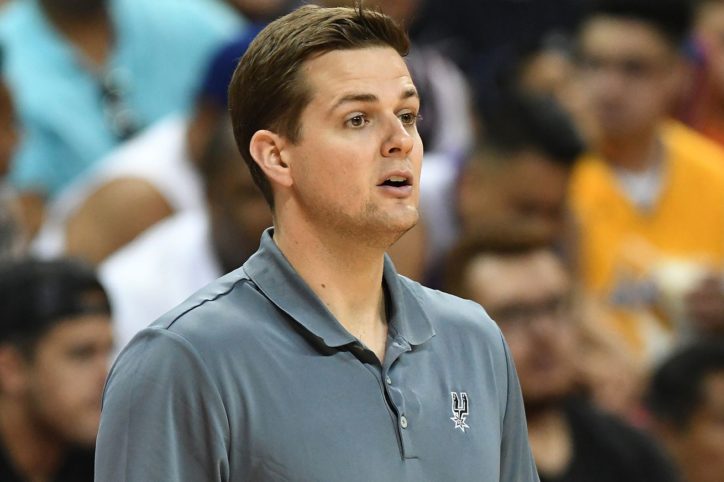 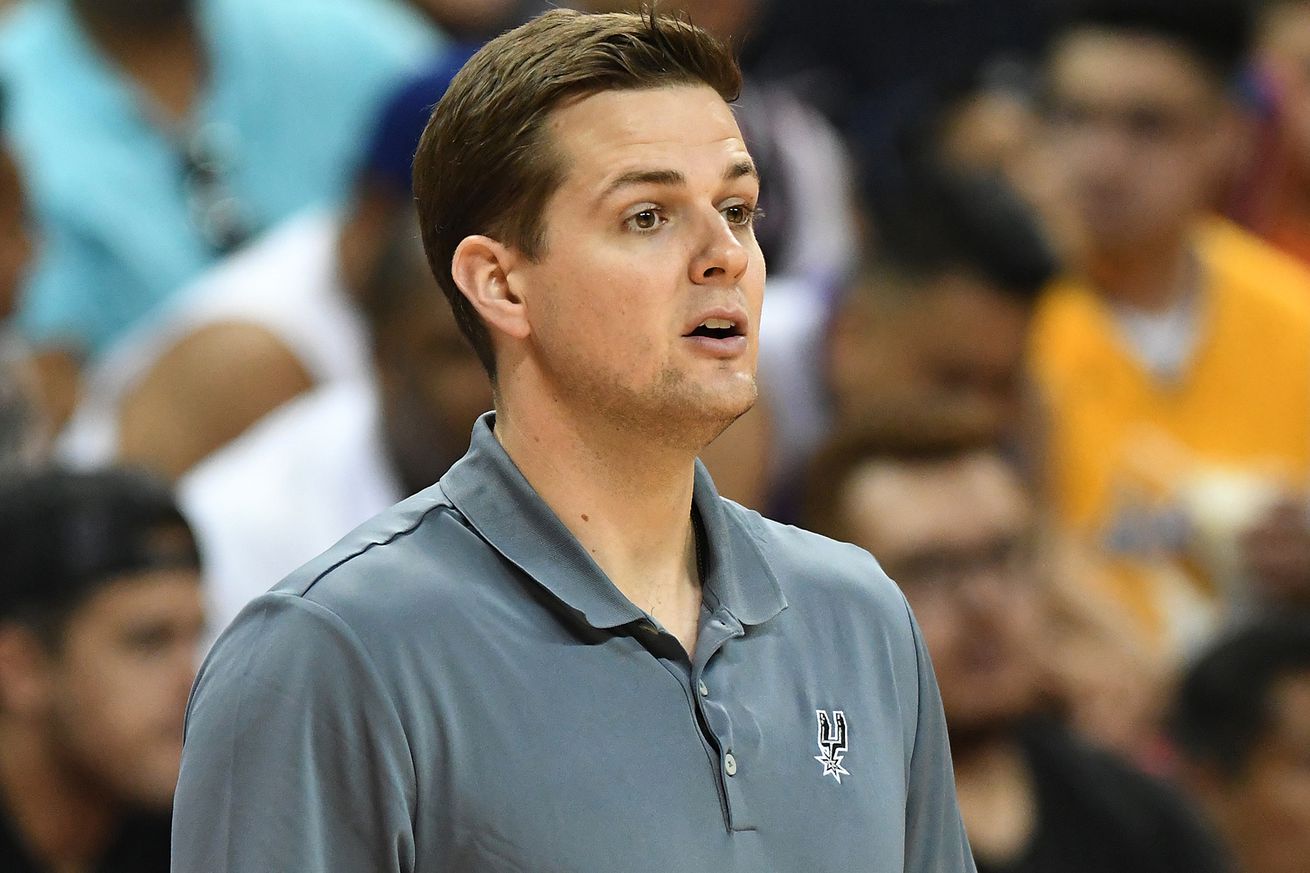 The reality of someone in the Spurs organization working their way from the ground up.

On the historic day that an announcement was made regarding the addition of Timothy Theodore Duncan to the coaching staff, another bit of news passed with little fanfare. Did you catch it? Manu Ginobili certainly did.

Will Hardy played college ball at Williams College but that is where his on court action ended. Instead, the recent graduate took a role as an intern of basketball operations for the San Antonio Spurs in 2010 before moving to assistant video coordinator the following year. Two years after that he took over as video coordinator.

In addition to his duties during the season, Hardy has served as a head coach in Salt Lake City for Summer League over the last three years as well as coaching the Vegas Summer League in 2017.

The journey has been consistent and Will has seen how readily available the Spurs staff is to a new member of the team with a mind for the sport. He recognized quickly that the quickest way to learn the game of basketball was to pay attention to those directly in front of you.

“The Spurs are very generous with the young guys in the organization, they really are transparent with you, sort of a grad school type of approach to it. You get access to to our coaching staff and our coaches’ meetings and our team films with Coach Pop leading them. You get to see how he interacts with them on a day-to-day basis. When he pushes them, when he pulls back. And I think that transparency is what leads to the learning.”

So in some ways it should come as no surprise that after nine years with the Spurs organization, Will Hardy is now an assistant coach. But for him, the honor was still unexpected.

“Very excited, humbled. The fact that I’m going to sit next to Pop, Becky, and Tim is a little bit scary, but it’s awesome and the Spurs have been really good to me for a long time.”

Will’s promotion coming at the exact same time as Duncan’s may seem strange, but in the Spurs organization very little is done without careful consideration and deliberate action. Pop gave Will some high praise in a recent video.

“Will has a proven himself to be someone who really has a knack for the game. We started to use him on the court, take him out of the film room and get him on the court to see if he could teach, and see how he commanded respect. So at that point, once he got on the floor and was able to communicate with players you could see that they respected what he was saying. His confidence grew and it became apparent that he’s got to be somebody that we continue to groom in this program.” –Gregg Popovich

Considering the difference between Hardy and Duncan as to their backgrounds in the sport, this may have been genius pairing. Tim obviously comes from the player’s side and his coaching perspective comes directly from the front lines. Hardy’s respect for Duncan the player translates as a coach immediately.

“Number one, Tim is smart. He’s the smartest player I’ve been around. He has a very good perspective, kind of sees the game in the round. He still has a mindset where he can connect the players. When Tim talks we all listen. We’re thrilled, selfishly I’m super excited to be around him.”

By contrast, Hardy has been near Pop soaking in the technique, the adjustments, and the art of coaching.

“I can’t put it into words, I’ve just finished my ninth year here in San Antonio. Pop, RC, and all the other coaches that I’ve worked with- Brett Brown, Mike Budenholzer, Ime Udoka, Ettore Messina, Chip, Chad, the list goes on and on, Jaques Vaughn, I’ve learned a lot from a lot of people. A lot of people have taken the time to teach me, given me the opportunity to learn and grow. I can’t believe that I am still here, and I’m just thrilled about this coming season.”

We’re thrilled too, Will. And for those of us who have been watching and paying attention, we know great things are on the horizon for you and the San Antonio Spurs.

Open Thread: Giving Will Hardy the proper congratulations he has earned
Source: Pounding The Rock