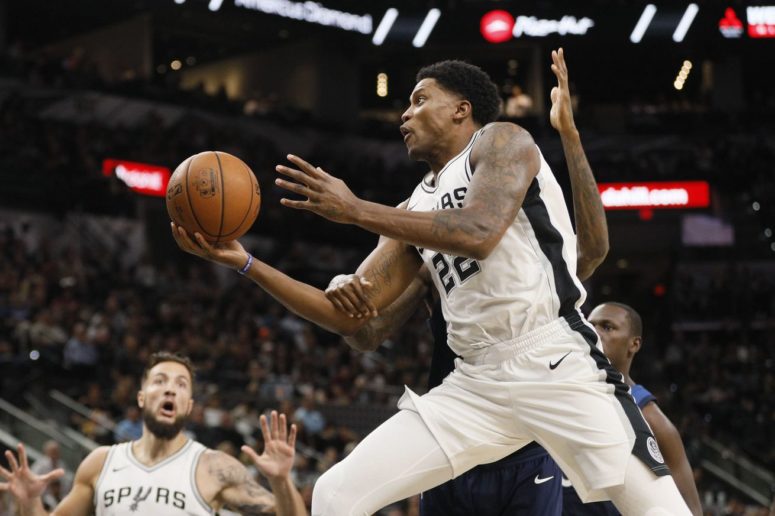 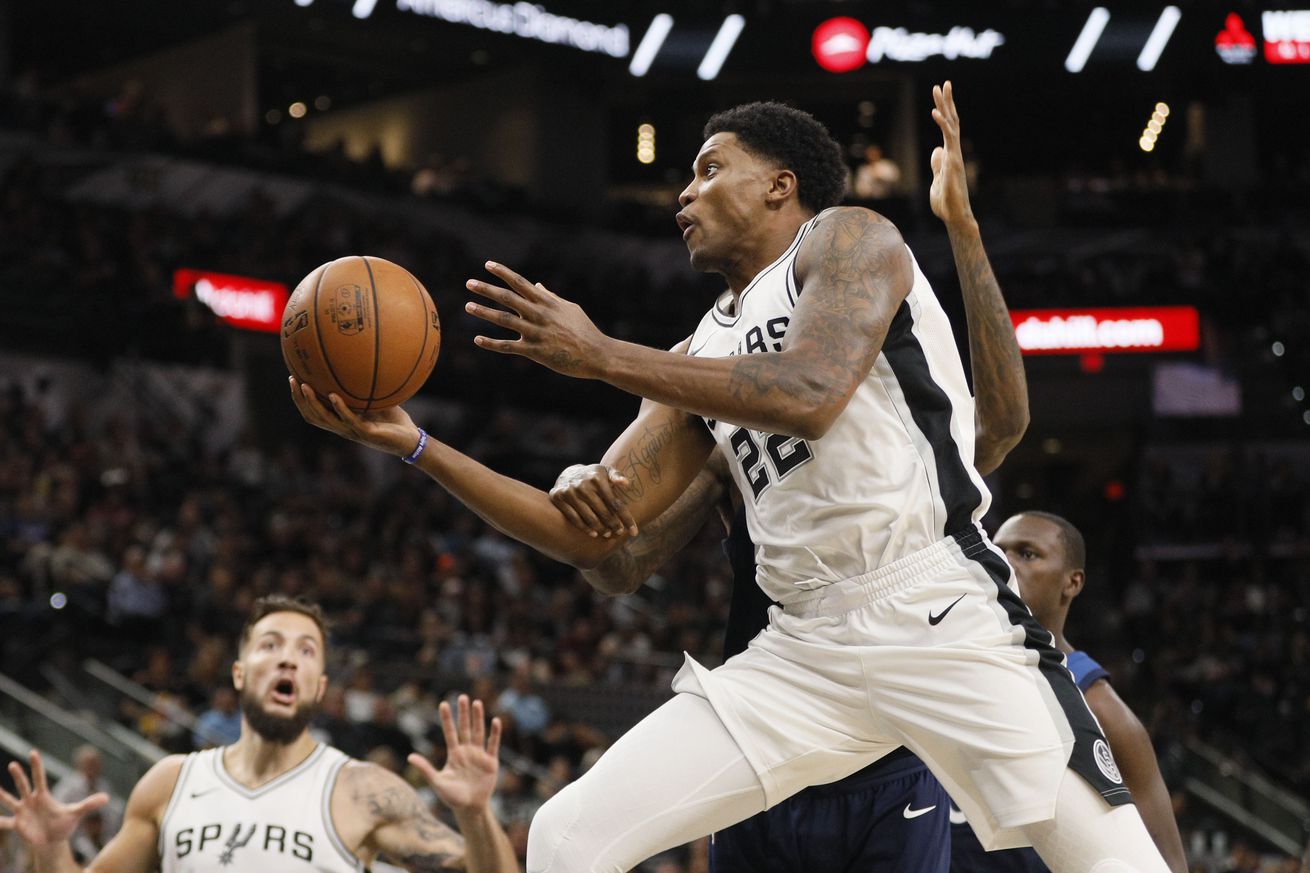 A closer look at what the numbers reveal about the Spurs’ win in their opener.

It’s hard to talk about the Spurs’ season-opening 107-99 win over Minnesota without first mentioning the absence of Kawhi Leonard. Leonard, who Vegas picked as the second-best bet to win MVP this season behind LeBron James, is out indefinitely with tendinopathy of his right quadriceps. Though “indefinitely” would ordinarily be a scary word in this context, nearly all injury-related news that comes from the tight-lipped Spurs can be described as “not definite.” And, there is reason to believe that Leonard will be back in the not-too-distant future.

Given how heavily the Spurs have relied on Leonard offensively the past couple seasons, it would’ve been understandable for them to look out of rhythm on that end. Instead, they put up a healthy 32 points in the first quarter and finished with a 111 Offensive Rating, a number that would’ve ranked third last season, just ahead of the Cavaliers. Granted, the Timberwolves were a bottom-five defense last year, and despite the additions of Jimmy Butler and Taj Gibson, I’m skeptical that they will fare much better in 2017-18.

San Antonio’s offense flowed through an energized and seemingly happy LaMarcus Aldridge, who finished with 25 points and 10 rebounds. After his much-discussed heart-to-heart talk with Pop over the summer, Aldridge received 71 touches last night, the most on either team and a major increase from his average of 53.9 per game last season. That’s fine while Leonard is out, but the real test will be how Aldridge’s usage is impacted by the return of this team’s alpha dog. Though Aldridge’s 9-for-21 shooting performance wasn’t wildly efficient, he dominated in the post, scoring 12 points on 10 post possessions.

In the play above, he isn’t able to establish good post position, but he uses his size, strength and aggressiveness to create space and get around Gibson, normally a stout post defender. Even more encouraging were Aldridge’s four assists, more than double last season’s average. Watch here as he hustles the floor, establishes position on Karl-Anthony Towns, forces help, then kicks out for a wide open three:

Just seeing him move that quickly does a Spurs fan’s heart good. Here’s another Aldridge assist where he surveys the floor, applies pressure to the defense and kicks out for a wide open corner three:

Aldridge was not the only player who impressed in the season opener. Danny Green shot well from three and finished with 17 points. He also set the tone for the night by ripping the ball from Jimmy Butler on the first play of the game. I forgot how much I missed watching him play defense.

Rudy Gay made a wildly impressive first impression in terms of both his health and overall play. He brings another off-the-bounce scoring threat to what was already the best bench in the league last season. If the unselfishness of Patty Mills and Manu Ginobili rub off on him, Gay will be a real challenge for opposing second units to stop. He even assisted on probably the most important play of the game with just over three minutes left and the Spurs clinging to a three-point lead:

Also critical was Dejounte Murray’s opportunistic scoring, which came on 7-of-8 from the field, and a ho-hum 90.1% true shooting. This guy looks like he’s going to be an awesome two-way player this season. The Spurs’ perimeter defense is going to be insane. Their rim-protection shouldn’t be too shabby, either.

Speaking of defense, the Spurs were their typically elite selves Wednesday night. Minnesota has loads of offensive talent, so to hold this team to under 100 points is impressive. Though NBA.com hasn’t posted its player tracking data yet, I’d guess that San Antonio’s rim protection numbers were excellent. We may only need traditional stats to confirm that, as San Antonio finished with a beastly 11 blocks (6.8 blocks per game led the league last year).

This ended up being a nice team win against a Timberwolves squad that many project to be firmly in the playoff picture (I disagree, but that’s another column). Despite the heartwarming victory, obviously nothing is more crucial to the Spurs’ chances of success this season than a healthy Leonard. San Antonio fans will look for the supporting players to continue to develop and gel as they wait for their fearless leader to return.