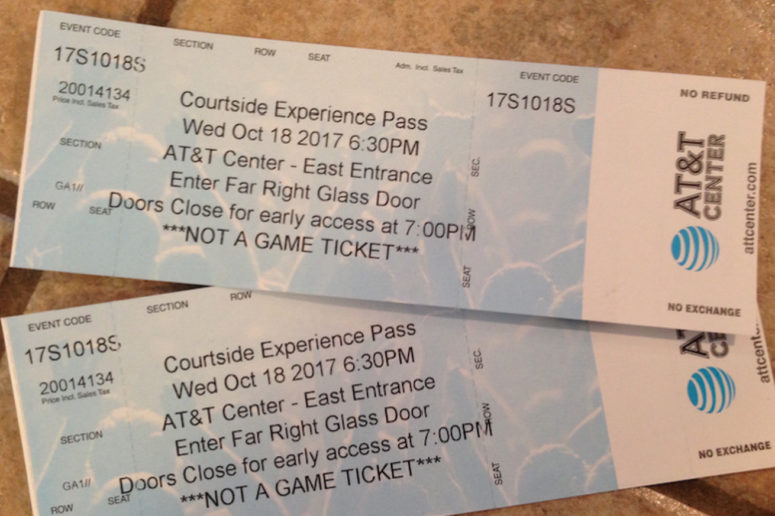 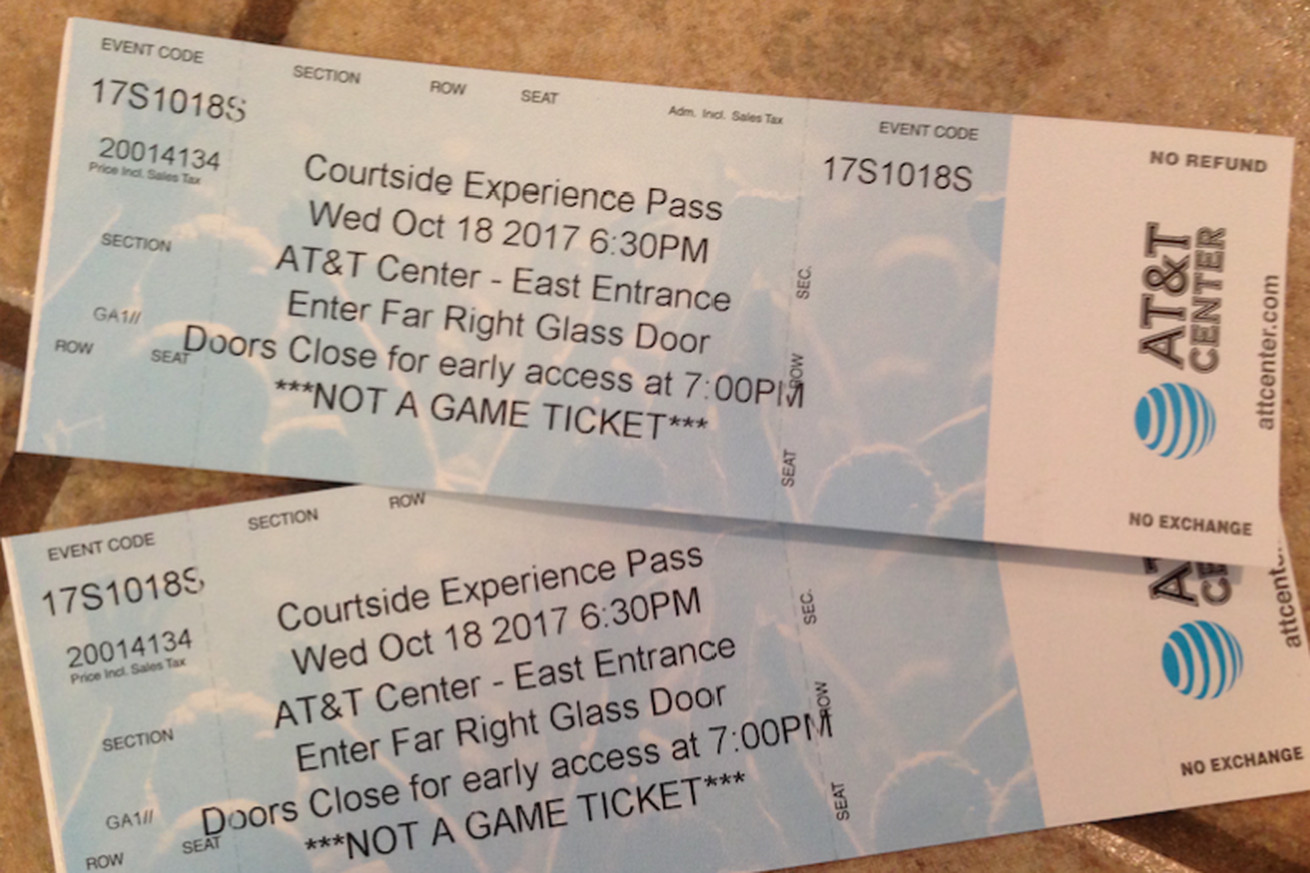 I bought PtR’s ticket deal, and found the value of the package far exceeds the cost

Best birthday ever. To just go to the Spurs season opener would have been awesome in and of itself, but to get the added bonus of the Spurs Courtside Experience elevated the entire trip to the AT&T Center, for the season opener.

For starters, this special package deal gets you into the stadium two hours before game time to watch the Spurs warm up. And in this case, we were sitting two rows back and watching Becky Hammon workout with Joffrey Lauvergne.

Before our time was up, Rudy Gay and Danny Green had both come out to warm up. Rudy waved to some exuberant fans causing their frenzy to crescendo.

After our time by the court, we headed to the Bud Light Courtyard and enjoyed DJ Quake spinning for a crowd while the Silver Dancers greeted the fans.

Outside of Section 231, we used our vouchers, which came as a part of our ticket deal, to pick up a Spurs t-shirt. Keeping in mind that most Spurs gear will set back the most sensible of purchasers a pretty penny, picking up a brand new shirt certainly sweetened the deal.

Oh, and did I mention, there was a game. The national anthem was performed by Los Bandoleros. Their four-part harmony was amazing.

The message on the Jumbotron after the “Star-Spangled Banner” was a unified expression of the coaches and the players which showed respect as well as a desire to make things better.

And then there was the tip off to the 2017 season. Our seats were way up in the heights giving us a bird’s eye view of the entire AT&T Center. Full disclosure, our tickets were only $25 each. There were seats available in other sections for various prices, giving fans the choice of any locale best suited to their preference and wallet.

The first basket of the season can be foretelling. Dejounte Murray made his first shot and ended up missing only one field goal while making himself a pest on defense all night. I saw the potential match-up of Dejounte Murray and Jamal Crawford as a highlight in the making. In one play, Murray fouled Crawford sending him to the line for 3 shots. On the next trip down, Murray stole the ball from Crawford and added a highlight-worthy dunk against his mentor.

After the game, my night had not ended, the Courtside Experieince Package included a post game free throw from the Spurs hardwood.

If that wasn’t enough to hang around for, Los Bandoleros closed out the night in the Courtyard, and they are awesome! If they look familiar to NBA fans it’s because they served as a back-up band for Sting a few years back and played with him at the NBA All-Star weekend.

What a night. Including food and parking, my wife and I were out for less than $100. Early entrance. We got up-close to see our new favorite players warming up. Free t-shirt. Free throws. And the Spurs season opener with all the excitement and promise that the Silver & Black has to offer.

Don’t miss the next ticket special, sure to enhance your next Spurs experience.